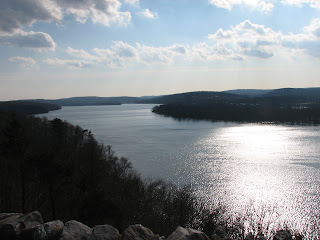 I hope everyone had a Happy Thanksgiving and for those who don't celebrate the holiday, there's always something to be thankful for anyway. I just finished up a huge plate of Thanksgiving leftovers along with some cake and pie. Right now, I am about as lazy as could be. I decided this would be a good time to use up some of my leftover photos and video. They are in no particular order. I'll decided to add some brief comments using the bullet method. This turned out to be a mistake because I accidentally deleted photos from this post about 6 times by trying to shorten the space between the photos and paragraphs. Once I deleted them, they had to be uploaded all over again. 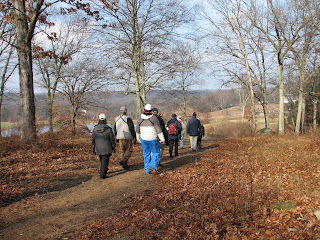 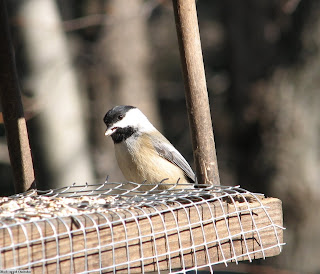 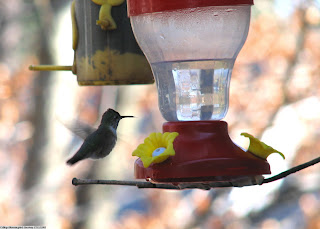 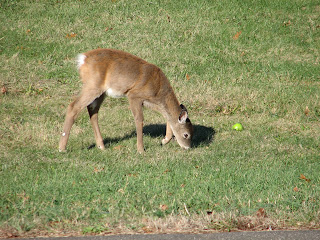 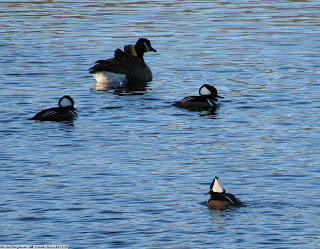 I've seen crows mob hawks before and wonder why the hawk doesn't flatten one and be done with it. Great video! All of your videos are great!

We have two homeowners in the Charlotte area who invite birders to see their Rufous hummingbirds. That's something I'd like to see - a hummingbird in December.

We didn't have leftover turkey :o) I miss it.

But I have gone off food for a day.

Enjoy your weekend, and Happy Thanksgiving!

What is the hawk eating? He isn't too concerned about the crows. Our eagles have returned for the winter in the past couple of weeks but the weather has been awful for birding. Great pictures!

Awesome on the mergansers! Thanks for sharing the videos. :)

Now those were some great leftovers Larry! :c)

I never knew hummingbirds existed in CT until I was in high school and saw one at a feeder.

Thanks for passing the leftovers to us. To be able to see a Calliope Hummingbird in the northeast is quite a treat. Thanks for sharing.

Are you far south in CT? I am in Massachusetts and would love to see bluebirds right now. They have all left and went toward the cape I believe. Very nice picture of the humminbird. I miss them already.

The video of crows mobbing the red-tail was neat. Often when I'm out deer hunting, I'll see a bunch of crows land in a tree and make an awful fuss--sometimes I see the hawk fly away when it gets tired of being bothered by the crows.

Mary-How does one go off food? That would never happen to me.-I wonder why hawks put up with crows too.I guess they don't want to waste their energy chasing after them.

Ruth-thanks-I don't know what he was eating but I doubt its anything that I'd want to eat.

Jayne-I used up what I wanted and threw the rest out.

Christine-You never know-maybe they didn't exist until you saw that first one at the feeder in High School.

Tom-Yes-there have been some real surprises turning up in CT lately.

Kallen-I'm in central CT but I'm sure that you could still see Bluebirds in Massachusetts.Usually you can find them near big open fields.-Ask your local bird club-they'll put you onto them.

Ruthiej-It's funny the way they do that.-I can imagine what they would be saying to a hawk if they could speak Eglish.

Wow, I like your Thanksgiving leftovers. I think I'll have a bit of Red-tailed hawk with a side of Calliope hummingibrd also if you please! That's so amazing that you got to see the calliope and you didn't even have to travel to California or AZ!

Kathiebirds-I ended up getting my computer fixed at loacal computer fix it place called Choi Computer on route 66 in Portland. They responded to my call quickly and had it fixed within a couple of days.It turned out to be a power pack and wasn't too expensive.I wonder how many of these birds have been around in past years? Maybe no one noticed them before.

This sounded like a fun outtting with beautiful surroundings. I've been to Connecticut only once and it was when I hiked the Appalachian Trail and I remember following a particular river...I wonder if it was this one?

Thanks for your comments on my blog. What I've been writing about on the blog comes from how I see the world and is in my own particular language. But the concepts are basicly ancient and now a part of the New Age movement I suppose. I love philosophy and I can usually translate what people are saying into my own language and what I have discovered is that every one is trying to say the same thing, but in a million different ways. Truly listening has become a lost art. Anyway, Happy Holidays to you and I will be seeing you on the blog circles.

Thanks-Thanks-I liked the philosophical tone of your blog.