Over And Under The Bridge 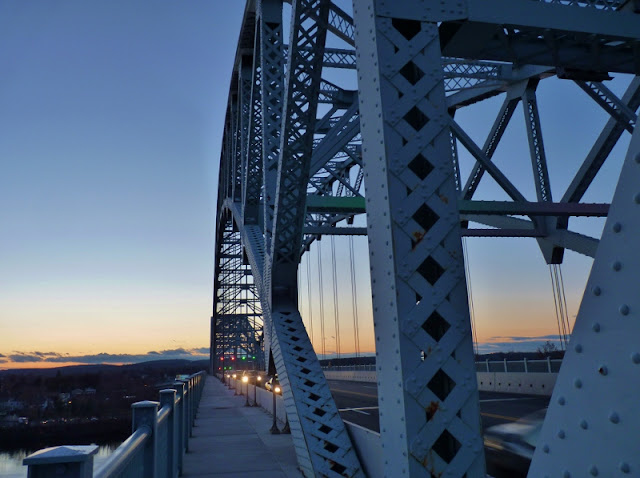 I recently watched a program on the History channel called "The Men Who Built America". One of the segments was a dramatization about the enormous challenge of building the Eads Bridge . The Eads bridge which was completed in 1874 was over a mile long and made almost entirely of steel. That was a huge accomplishment at the time!

It gave me a new appreciation of our own bridge here in Portland. The Arrigoni Bridge (above photo) crosses over the Connecticut River connecting Portland with the city of Middletown. It was completed in 1938 and was voted as the most beautiful steel bridge that year. I'm guessing that I've crossed this bridge over 20,000 times in my lifetime so I can only imagine how many cars, bikes, and pedestrians have traveled across this bridge since it was built. 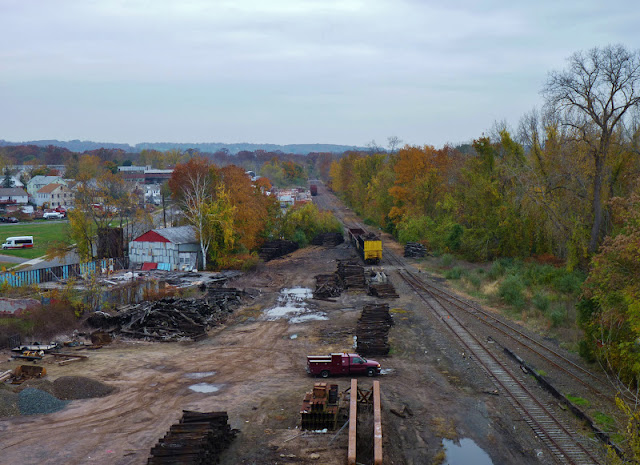 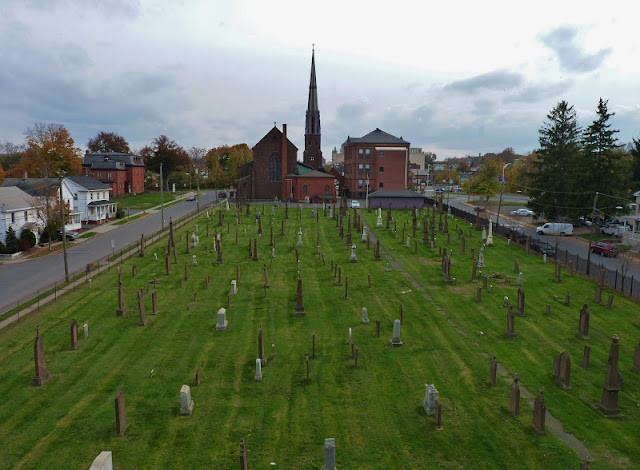 This is a view of Saint John's cemetery and church from the other side of the bridge. 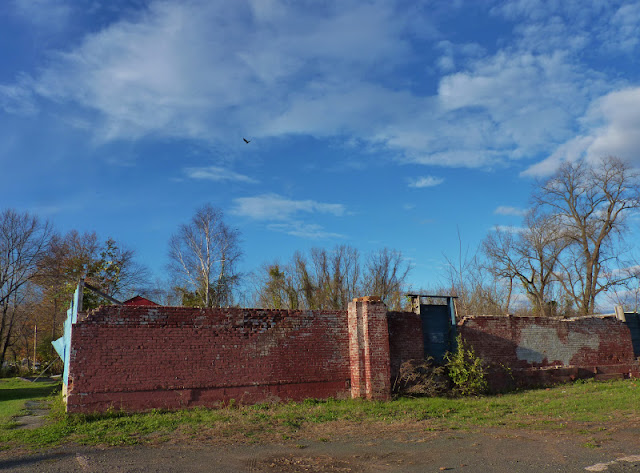 This is an old structure below the bridge in Middletown. I'm wondering what is it and what happened to it? 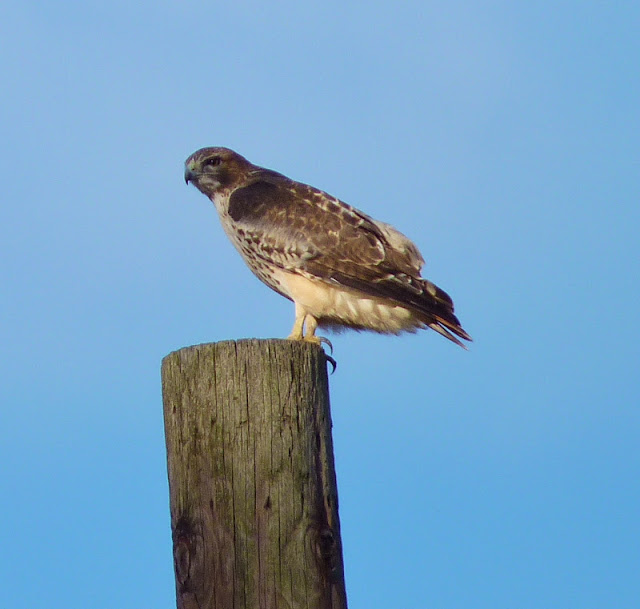 I took a walk over to the site of the old Middletown landfill. I don't think we used the word landfill back then, it was just a dump. They would just bury trash under a mound of dirt. Since the dump was closed that mound of trash has reverted back to habitat which is appealing to some birds. I found this Red-tailed Hawk perched on a pole there the other day. 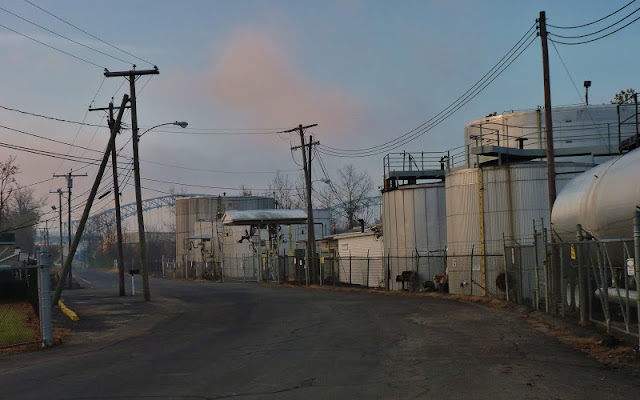 On the other side of the bridge there's a road that leads you past oil holding tanks and the old Brownstone Quarries.  A walk over and under the bridge is like a living museum with local examples of history and industry. 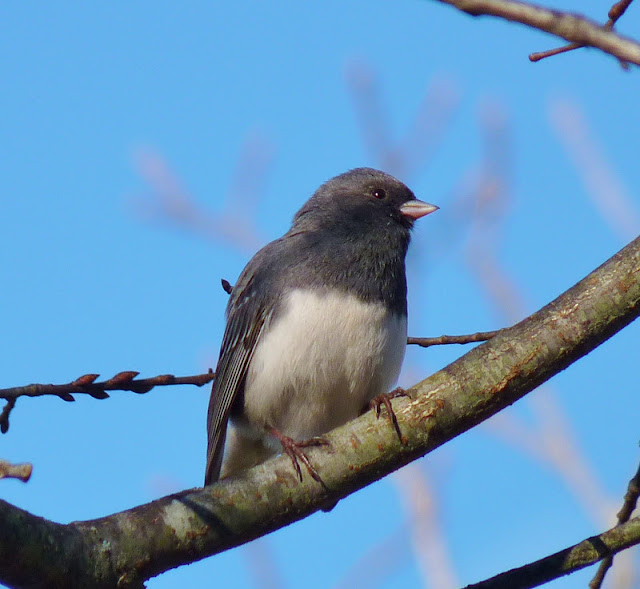 There's a nice little park along the river in Portland not far from the bridge. That's where  I found a flock of  Dark-eyed Juncos. I  spent a few minutes trying to get a picture of one. I think they have a nice, clean look about them. 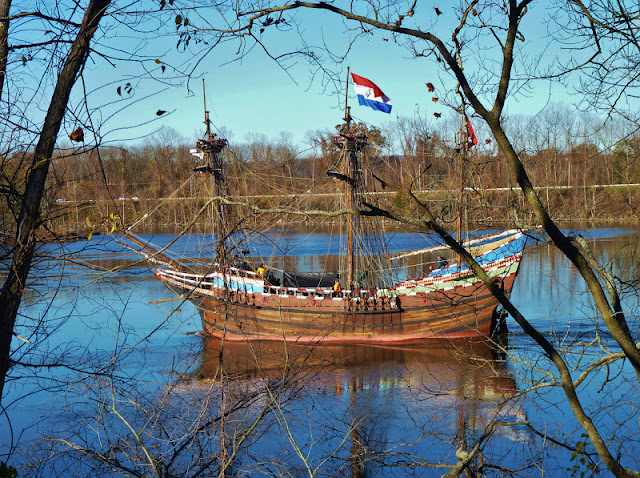 When I saw this ship sailing by I wondered if all my daydreaming about history might have caused me to time travel or if I was having some sort of hallucination. This ship looks like something from the 1600's.  I sent my photo to Mathew who has a blog called Soundbounder.  He has a lot of knowledge about Long Island Sound and the ships in the area. It turns out that it a replica of a ship sailed by Henry Hudson in 1609. You can read more about this ship in this article from the Soundbounder Blog.
Posted by Larry at 7:23:00 PM

Lovely narrative. I feel like I've shared a walk with you.

Relieved to hear you weren't hallucinating :)

Great pixes . . now I will follow the history link.

Cathy-If I was then my camera must have been ahllucinating too :)

Great photos, I especially like the shot of St. John's cemetery. Easy to forget most of these places exist even though we drive by them frequently. This is, I think, one of the greatest reasons to get out of the car and travel by foot or bicycle. Seemingly familiar places become less-so.

Cindy-It's interesting what makes agood photo or not.It's sometimes a mystery to me.

Very nice post and photos. Thank you for sharing.

Interesting post, Larry. I'm really glad to learn the history channel actually had some real history worth watching. In recent years, I quit watching what once was my favorite cable channel. All since their content switched to "reality" TV and bogus history...:(

They probably spiced up some of the historical details in Men who made America to make it more appealing for the audience but there was plenty of factual too.