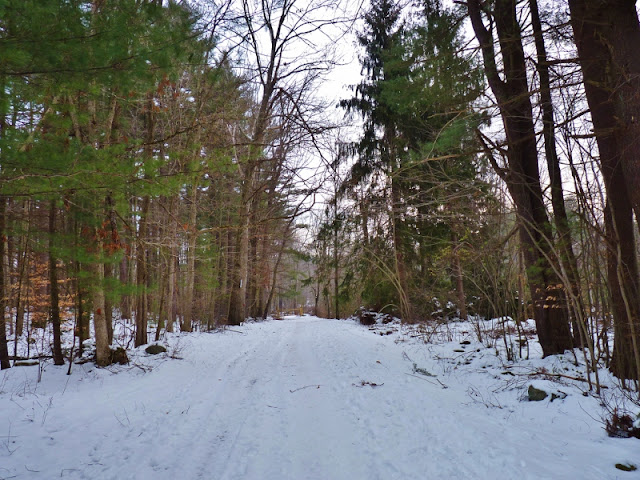 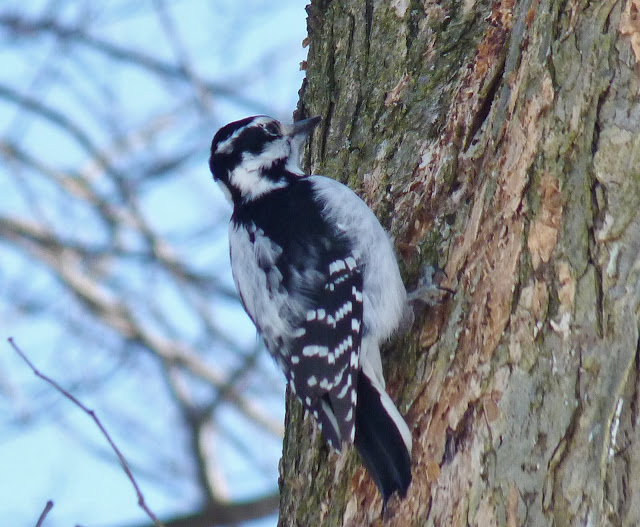 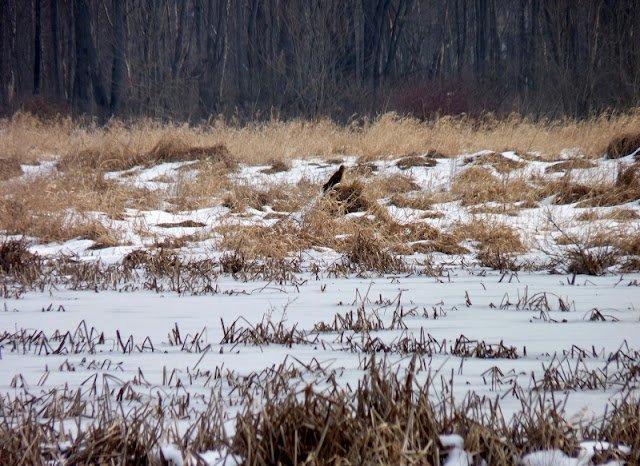 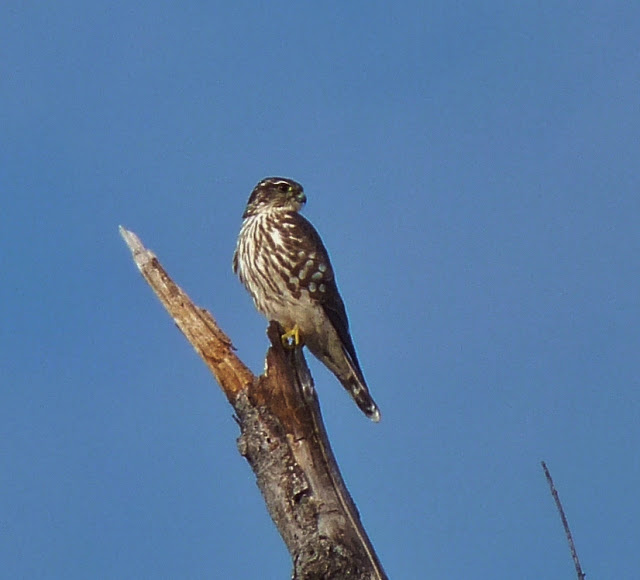 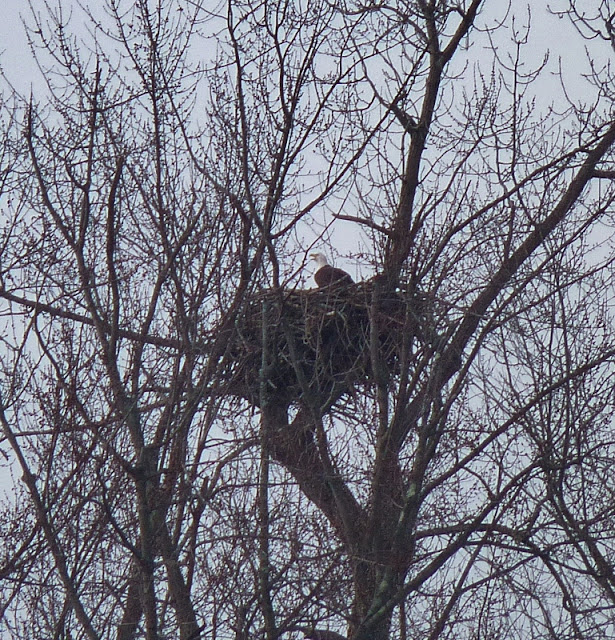 Later that morning in parts unknown I saw a Bald Eagle sitting on a nest. This photo was taken from a great distance so the eagle was not at all disturbed. It's great to see the Bald Eagles doing so well in Connecticut. When I first started birding they weren't nearly as common to see. As for this one-it's number 48 on the list.
I'm at 54 species so far but I'm hopeful that I'll be able to increase that number quite a bit this coming weekend if the weather holds up.
Posted by Larry at 7:50:00 PM

It still fun to be out birding winter or not. We will be going "up north" to visit the Sax Zim bog. Its an irruption year and so far in my southeast Mn backyard there have been flock of pine siskins, repolls and even a few crossbills.

Hi,
I'm a CT birded -- I've been enjoying your blog for some time, but this is my first comment. I agree that "patch birding" is very rewarding. It's a thrill to get to know your own "patch" AND its avian denizens. There certainly is a thrill to spotting rare or special or just plain beautiful birds in your own town or yard. I've written about it alot on my own blog, too.
And I appreciate your not revealing the location of the eagle nest. It's enough to know that it exists!

troutbirder-There's something about that name-Sax Zim Bog that gets my attention (as well as the birds there),I would like to visit it some day.

Quodlibet-Thanks for your thoughtful comment.I took a look at your blog and see you cover more than just birds so I added you to my Connecticut blogs list.I'd like to find some of the articles dealing with the topic you mentioned when I have a chance.

Nice job! Love the Merlin. That's quite a find. It sound so cold though!

Wow, sweet shot of the Merlin! I've never actually seen one in good light like that. As for the eagle nest- I feel like they are everywhere here and never heard of one being disturbed- is that a problem out there? I usually hear that sort of thing more with owl nests.

kathie-thanks-I'm not going to get numbers like you're getting out your way but I added quite a few since the time I wrote this post. I'll update soon.

Jen-I've received a couple of anonymous e-mails in the past informing me that there is a law that you're supposed to stay a certain distance away from their nests here in Connecticut. I've always tired not to disturb any birds that are nesting.