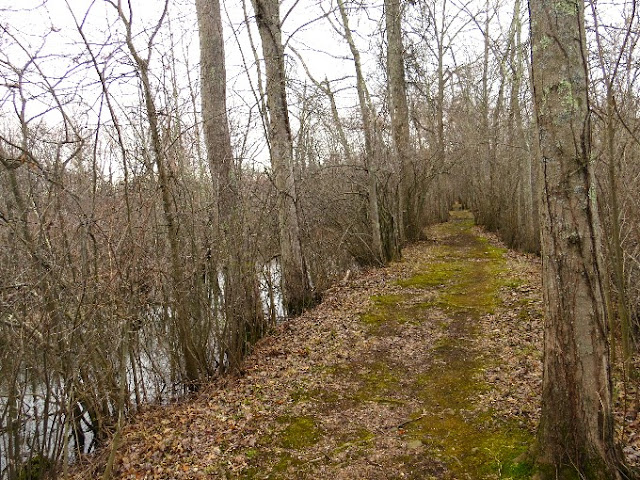 I was walking along the trolley-line path from the trolley that never was. Back in the early 1900s there was a plan to have a trolley run from Middlefield to Durham but the company doing the work ran into financial troubles and they never even put the tracks down.

A few years back the Lions Club helped turn it into a walking trail through a marshy zone which makes for a nice little birding spot. 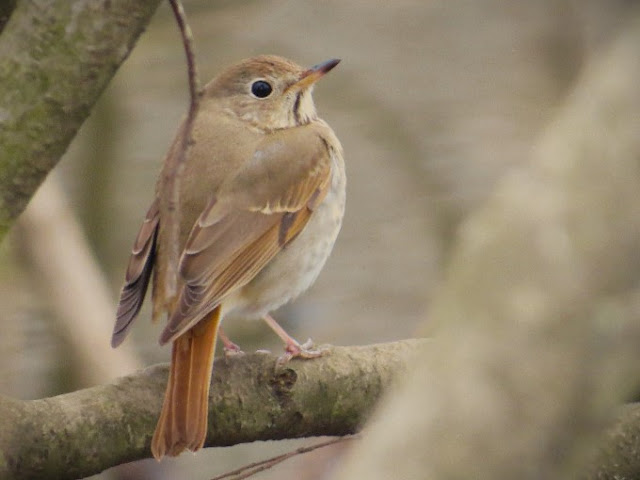 I saw Pileated Woodpeckers and Wood Ducks during a recent morning visit but my favorite bird of the morning was a Hermit Thrush.

It seems as though I've occasionally seen Hermit Thrushes  during every season so I wondered how much do they really migrate?

From what I've read they migrate just a little bit south and a little bit north in the early fall and spring. Some areas they can be found year round and Connecticut is sort of right in the middle of this migration line so it would make sense that I might see a few throughout the year.

Beautiful little bird. I am starting to learn about birds right now and have a very long way to go!