Biking From Main Street To Birdland 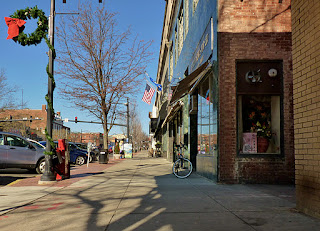 I spend a great deal of time during the week driving an automobile. I'm thankful for the conveninece a car provides but they do come with a cost. They are expensive to operate and maintain. Exhaust fumes pollute the air and the noise they make pollutes the ear. Driving requires a lot of concentration which adds stress to our lives. These are some of the obvious negative aspects of driving but there is a more subtle point to be considered. When you're in a car your are surrounded by a protective shell of steel and glass that isolates you from outside world. It is impossible to be fully aware of your surroundings while driving. 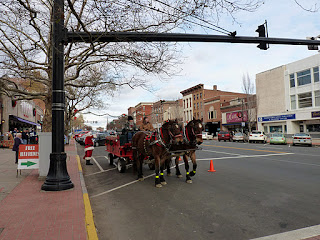 I  recently rode my bike to Middletown and was able to enjoy a tour of Main Street that wouldn't be the same if I had driven my truck. I could the smell food cooking in restaurants I passed, see storefront window displays in full detail, and even hear the sound of horses trotting down the street. I was able to drop off mail, get my bike tuned up, and stop for  coffee without having to worry about finding a parking space. 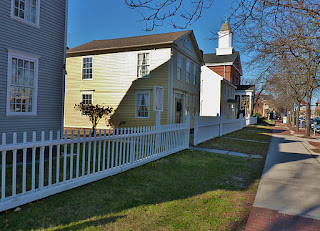 I was able to get a closer look at historical buildings that I passed by and found it easy to manuevere my way around town to explore anything that I was curious about. 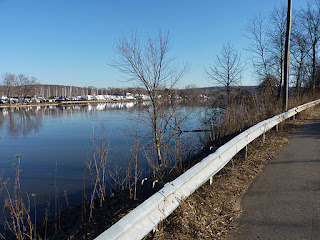 After leaving the Main Street area I headed down to river road to find some habitat that is more suitable for birds and wildlife. 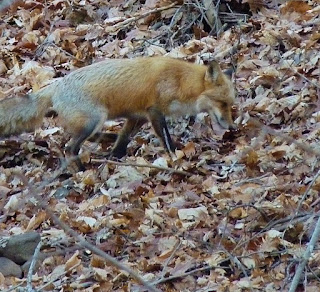 I found a Red Fox poking around for food in the woods. It was set back on an embankment near some railroad tracks. The fox seemed as curious about me as I was about him. it stared at me and even walked closer toward me at one point. 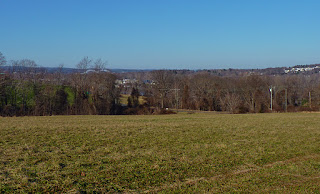 There is a fair portion of land along the Connecticut River which is still undeveloped in the south end of Middletown. I've had good luck birding in this area over the past few years. 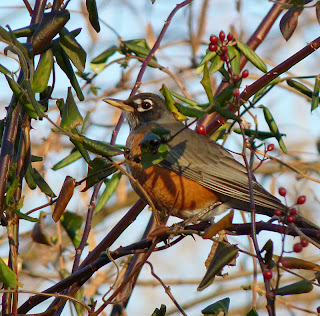 I didn't come across anything out of the ordinary during this particular trip but I had some nice views of some birds like this American Robin which tried unsuccesfully to camouflage itself. 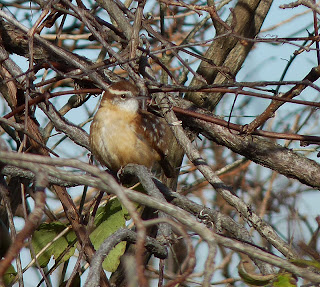 Carolina Wrens are frequently surrounded by vines and branches but they often give themselves away by singing, chipping, or making scolding calls. 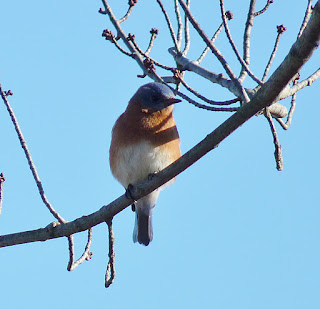 It seems that I'm able to get closer to birds while on a bike but taking photos while trying to stay balanced can be a bit awkward. I had a great view of this Eastern Bluebird but it wasn't at the best angle for a photo.

I've learned that using a bike for transportation can provide a smooth transition from the modern world to the natural world. It allows you to enjoy the journey, not just the arrival at your destination.
Posted by Larry at 6:20:00 PM

I'm with ya! The fox encounter sounds awesome and I love the wren photo.

I couldn't agree more. I often bike to local birding spots and I always find it more enjoyable than if I drive. I also bike to work and do a lot of errands on my bike. It really does change how you think about getting places. There is so much more to experience when not closed off inside a car.

Jen-Thanks-I'm always excited when I have a wild animal sighting but I don't see nearly the variety of animals as I do birds.

Sean-It has taken some time for me to adjust to using a bike in place of a car but the idea is auickly growing on me. If I didn't work 30 miles from work then I would bike there too.

Beautiful shots Larry! Hope you had a wonderful Christmas!!

Love the red fox! Don't know what I'd do if I actually ran into one...probably be scared stiff...but it was cool to see a photo you took here on your blog and to realize how close you were to one.