Snowy Egret & Great Blue Heron Side By Side 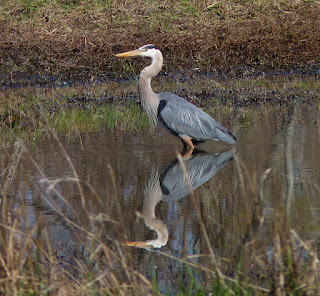 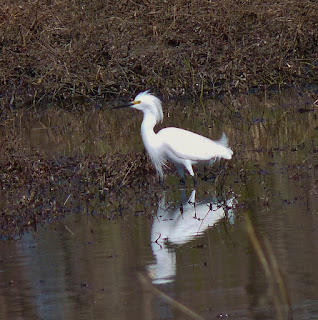 I was going to continue on my way but then a flash of white caught my eye from the corner of the puddle-pond. I was pleased to see that it was a Snowy Egret. I've seen Great Egrets at the fairgrounds but don't remember seeing a Snowy Egret in Portland before. 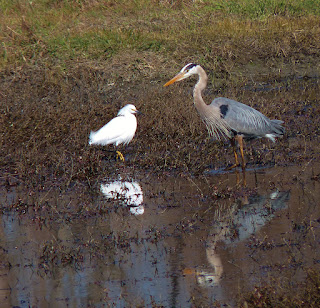 I watched as the egret and the heron came face to face. I  imagine the heron saying "Hello little cousin. Let me show you around my home town." As I watched the two of them traveling around the pond, I wished that I was an artist that could capture the scenes on canvas. 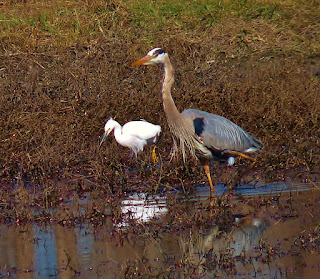 They walked side by side searching for food. Seeing them next to each other gave me a real sense of the substantial size difference between these two elegant birds. I watched them as they gently waded through the pond and then jolted into action when they found their prey. As the breeze picked up it would show off some of the decorative feathers that had been neatly tucked away.

I never made it to the forest to find that rare bird I was hoping for, but sometimes a special birding experience is as rewarding as a rare bird. (It wouldn't hurt to have both though).
Posted by Larry at 11:12:00 AM