In Defense of The Arrogant Birder 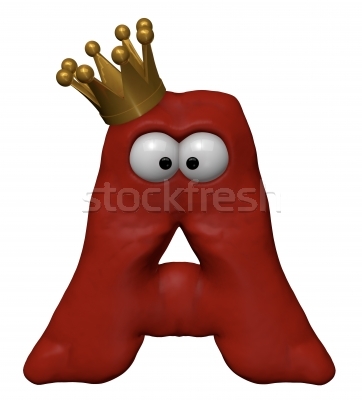 If you've spent enough time around other birders there is a chance that you may have heard talk about birders that have a reputation of being arrogant. They may be full of knowledge but give off  a condescending vibe to those who dare to breath the same air. It's disappointing to hear a new birder talk about a negative experience they've had when another birder corrected them in a way that made them feel embarrassed.

It would be easy for me to jump on the -chastise the arrogant birder-bandwagon but instead I thought I'd look at things from a different angle by posing 2 questions:

1) Is it possible that the birder who has a reputation of being arrogant is misunderstood?
Sometimes perception plays a role in how we look at others. Someone who is new to birding might find an experienced, knowledgeable birder to be intimidating and maybe in their view, a little too full of themselves. Sometimes, people can be seen as arrogant simply because they are self-confident and good at what they do. There are also those who may be very good at developing their birding skills but may be lacking people skills. They don't intend to offend but just can't help themselves.

2) Is arrogance such a bad thing? There are people in many walks of life who are perceived as overly self-confident, cocky, pompous or whatever term you want to use. This list of people includes  talented actors, politicians, doctors, professional athletes, lawyers, and musicians. That over-inflated ego may be what helped them become great at what they do. The rest of of us are entertained by their talents or might benefit from their skills.

The vast majority of birders are friendly and helpful. Arrogant birders are probably a rare species. Even they might have something to contribute such as writing a book or making new discoveries about birds. If nothing else, it seems to be a topic of interest that is discussed within birding circles. Would you read a blog that was title: "The Arrogant Birder"? I would just out of curiosity and I doubt that I'd be the only one. Not everyone is wired to be humble or diplomatic in their approach so we might as well celebrate our diversity. If we were all the same, the world would be a lot less interesting.
Posted by Larry at 6:29:00 PM

I have had the privilege of meeting several experienced birders who have shared their knowledge without arrogance. And I have learned a lot from them. I find some photographers with big lenses to be far more obnoxious. Often they are not "birders" and are just out for the best picture and do not want anyone else around them.

I think you're right in that in all walks of life there is arrogance and those that think they know more about their passion than everyone else and can't wait to boast about how much they know to anyone who will listen - but I like to think they're in the minority - it's the same with walkers, some of whom like to boast about the mountains they have climbed, the scrambles they have done and of course always in terrible weather conditions! And I've come across those photographers with the huge lenses who push their way through to the best position and don't care about the others around them.....but as I say I like to think they're in the minority!

Ruth-I've heard birder/photographers convince others to stay back so they won't disturb a rare bird then move in for a close-up themselves.

Sharon-thanks for the detailed comment-I added your blog to my read list-it looks really interesting.

I am just learning of the birder/photographer mistrust..now I am uncomfortable going group-birding w/ my camera.. Hmm..yeah, photographers would often rather be alone..but I am never pushy nor would I scare off a bird.. Arrogance/obnoxioussness is a personal trait, not exclusive to one hobby..

Larry, you are too kind and generous, but you do make a good point!

Cindy-thiIt is a peronal trait-it's just that it stands out more when your in a group around other people to see it.

kathie-I may seen that way but the point of the post might not be just what you see on the surface.