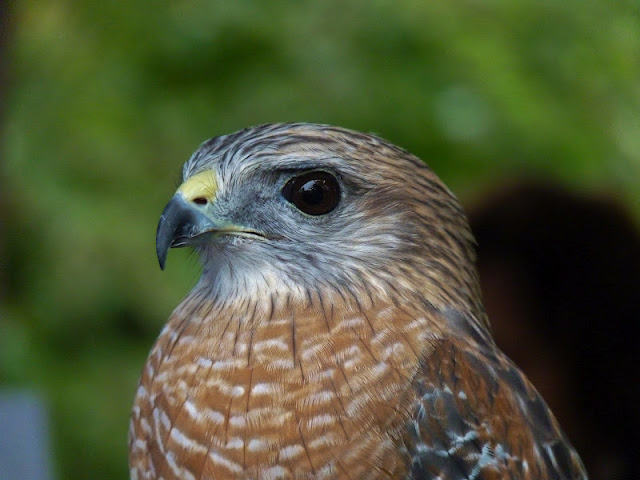 I 'm always looking for opportunities to combine other experiences with birding and blogging. I recently attended  the " Pipes in the Valley" festival at Mortensen Riverfront Plaza. Having birds of prey featured at this event was very convenient. How often can I get close up views of hawks, owls, and falcons without them flying away?  The top photo is of a Red-shouldered Hawk. 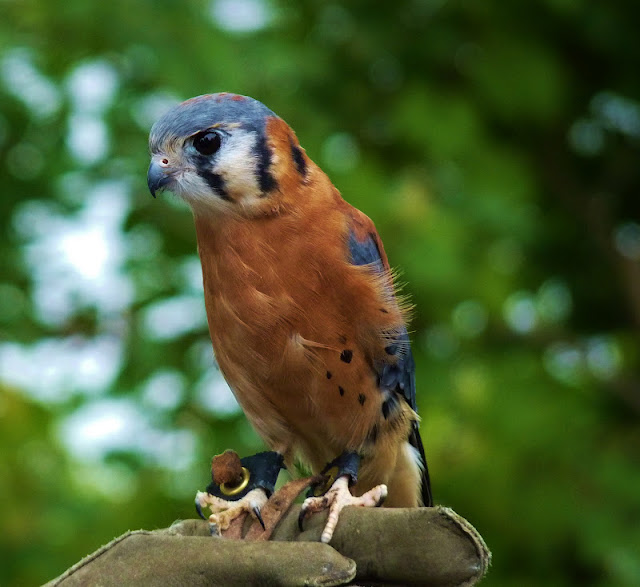 This second photo is a male American Kestrel. I was struck by how small it appeared up close. This one had only one wing. All of the birds were from Horizon Wings in Ashford Connecticut. They specialize in rehabilitation of birds of prey. They only keep the ones that are unable to be released into the wild for one reason or another. 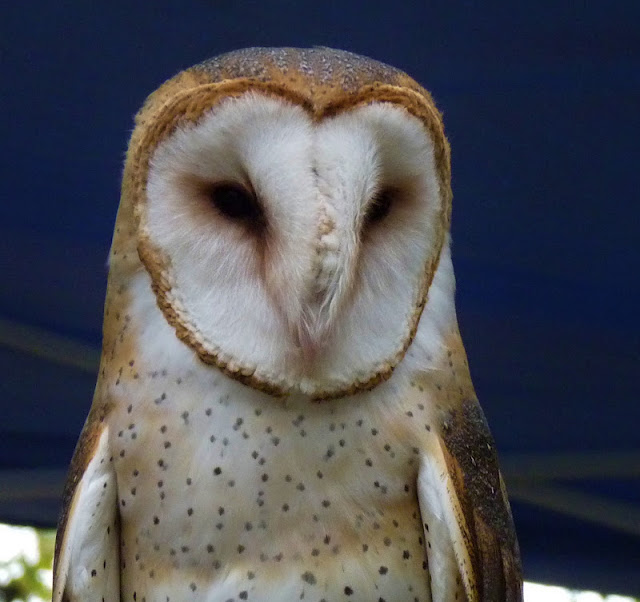 This is a photo of a Barn Owl.There are very few nesting pairs left in Connecticut due mostly to the decrease in open farmland. 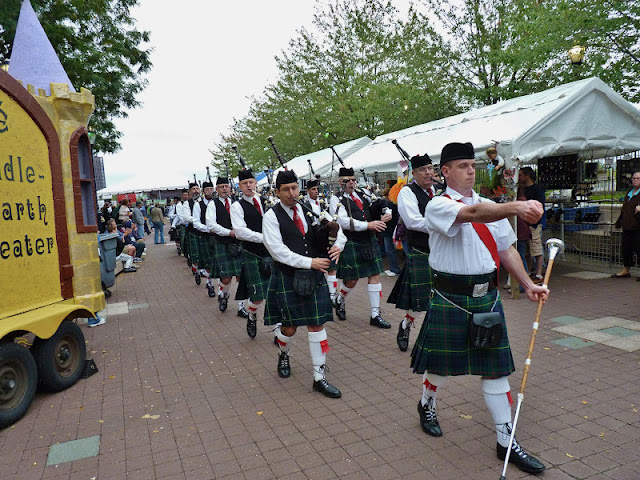 I expected that there might be traditional bagpipe music like this.  The constant drone of  bagpipes along with heavy drum beats seems to have a hypnotic effect after a while. I wonder if that's why bagpipe players were used to lead armies into battle? I did a little research and found out that the origins of the bagpipe can be traced back to ancient Egypt. 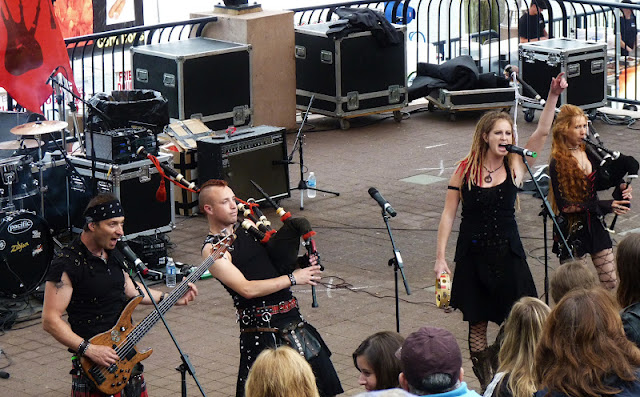 Celtica was one of the groups which performed at the event .  They Incorporated bagpipes into their music and gave a high energy performance which included creative reworkings of familiar songs. 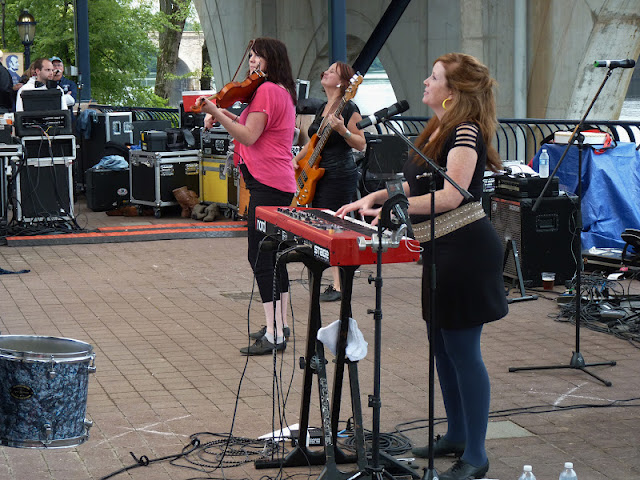 This is a talented band from Ontario Canada called Searson. The women in the photo are not only members of the band , they're also sisters. 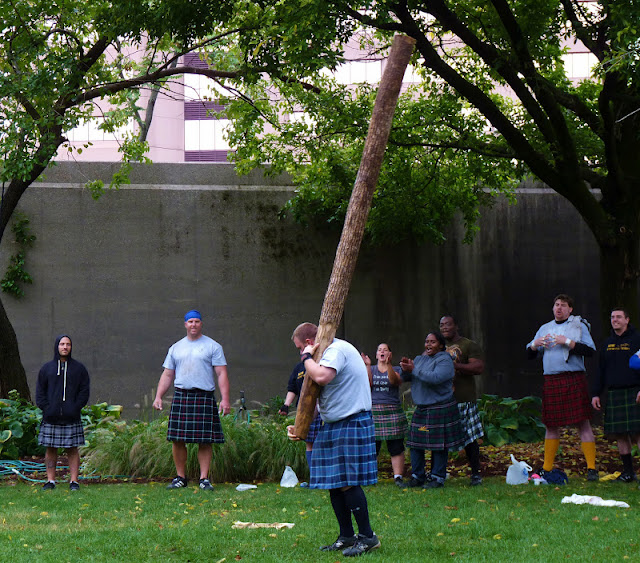 What else do people do for entertainment at a Celtic festival besides drink beer and listen to bagpipe music? They see who can throw a tree the farthest! They had several strongman and woman events throughout the day. 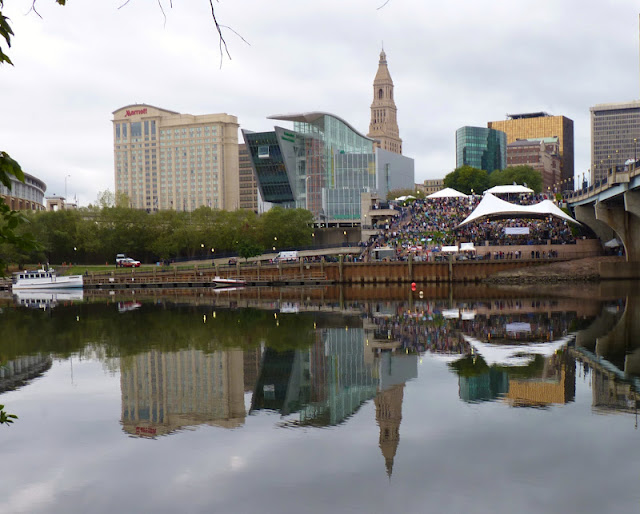 Overall I thought the Pipes in the Valley festival was a great festival. It was well organized with great food & music.  It was a fun way to combine birding. I hope they continue to have more events like these at the Mortensen Riverfront Plaza in the future.

Excellent post Larry with a mix of everything ;-) Should I tell you that I preferred the portraits of bird of prey ;-)

Chris-Thanks-As you can see the Birds Of Prey received top billing both in title and photo placement.

Wonderful photos of the birds!

What a fun post. A great even. I'd never seen a Kestral that close up. And what amazed how gorgeous that truley are...:)

I love the beauty of American Kestrels!

troutbirder & Ruth-I'm with you on the beauty of the American Kestrel!

Wow! Lots of people and lots of fun!

Looks like a really fun event. And your photos of the birds of prey were fantastic. I'd love to go to a festival like that someday.

Dostoy-Thanks-I'm always Internet searching for those sort of festivals in the summer.