It Ain't Spring Until The Snipe Come To Town 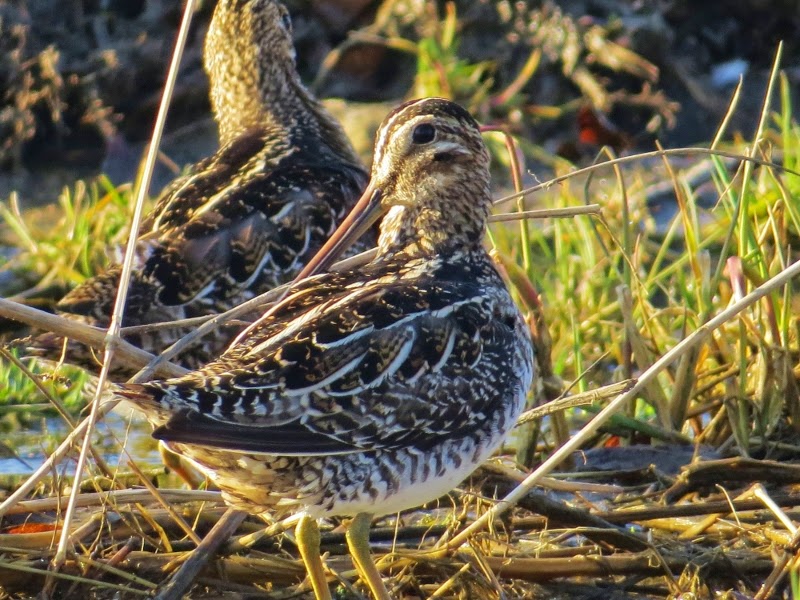 There's no groundhog coming out of a hole looking for its shadow in the town of Portland  but when the snipe start to descend upon the fairgrounds we know that Spring has finally begun. 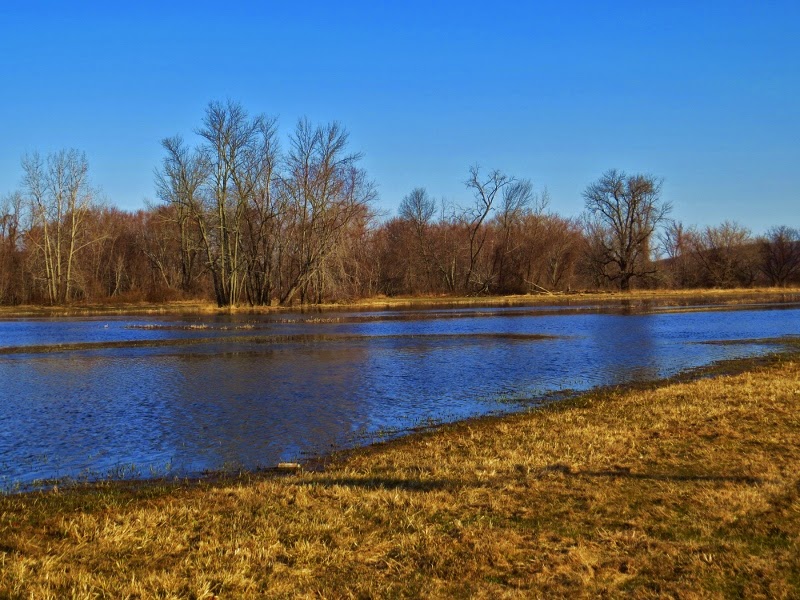 There is a little skating pond at the fairgrounds and soon after the ice thaws out the Wilson's Snipe start showing up probing for food in the muddy soil that surrounds the pond. This weekend I counted 10 but there have been years when I've seen as many as 50 at a time. 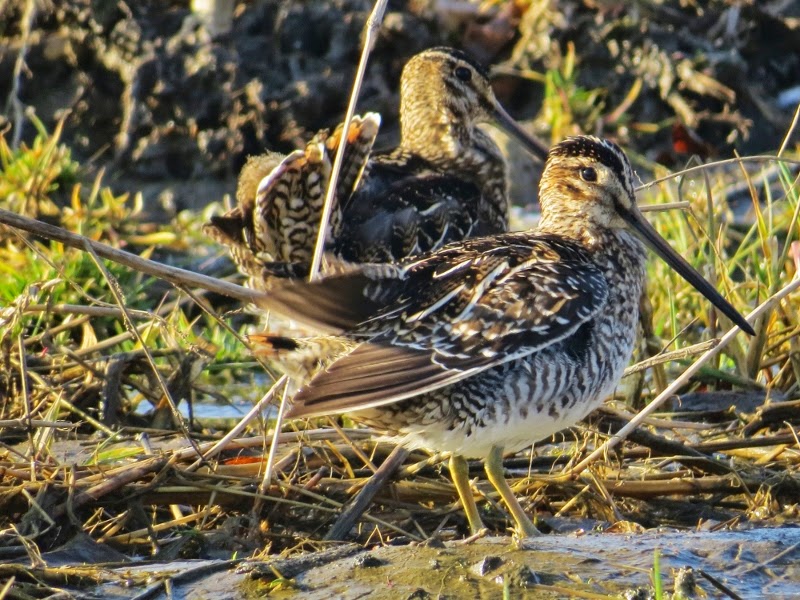 Trying to get photos of snipe can tricky because they like to hunker down in the grass where they're hard to see and they're easily flushed if you get too close.

I like get there in the early morning as they start waking up. At first, they are perfectly still and look like little clumps of dirt. On  cold mornings as the sun warms their bodies you can see their bodies expand and contract  and they start to wake up. 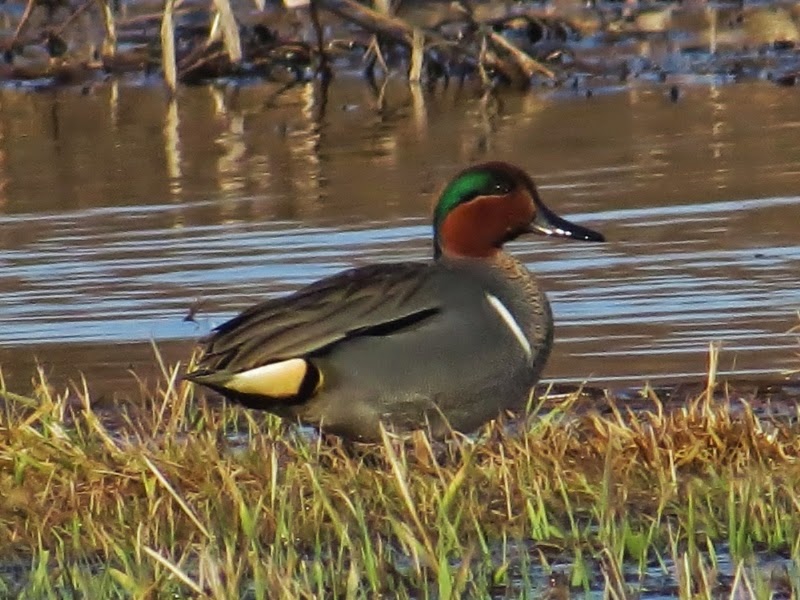 Different species of ducks like the Green-winged Teal also start showing up at the skating pond in April. Last weekend we counted over 150 Wood Ducks. This past Saturday there was also 2 Red-necked Grebes in the river next to the meadows.

I took too many breaks from birding this winter but now that the snipe have officially declared it Spring I plan to make up for lost time!