What Was I Doing Last Christmas? 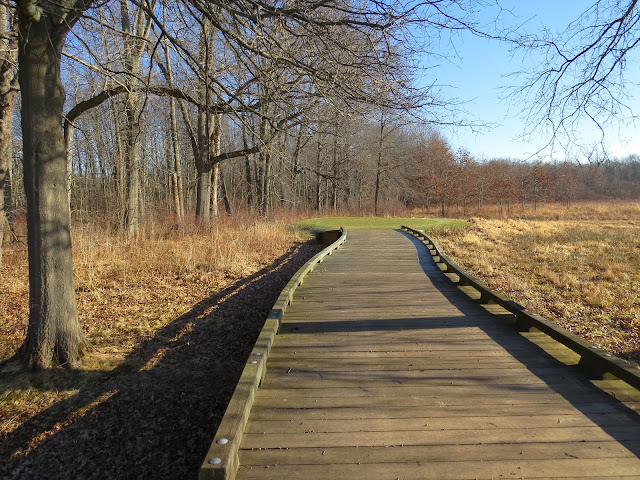 One of the holiday songs that is being played over and over this year is a song called "Last Christmas". I think the original version was by George Michael but I've heard at least 2 more versions of it this year.

Anyway, it made me wonder what I was doing last Christmas so I checked my photos and found out that I went bird watching that day. That is the boardwalk at Lyman's golf course. 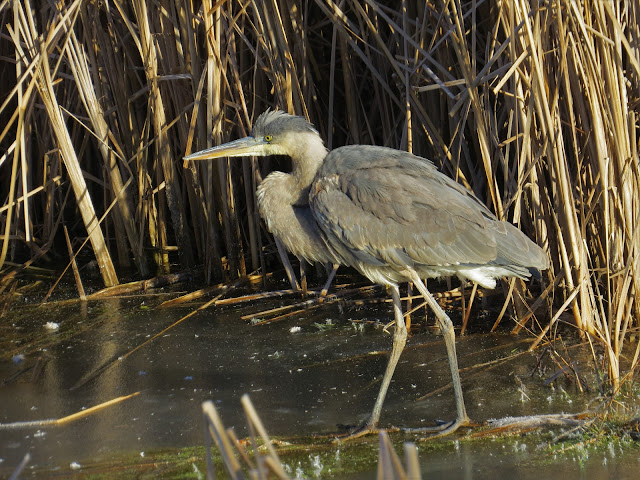 I found a Great Blue Heron that morning on an icy little patch of  a puddle that I could almost jump across. 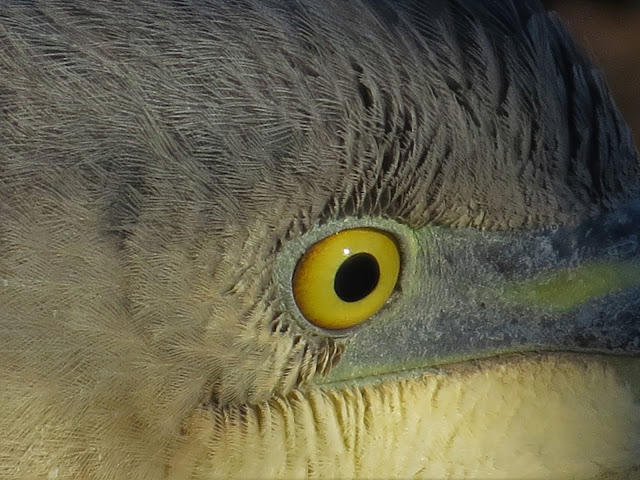 Then we had a stare down and I think the heron won!

Good one. I will now have to go see what I was up to last Christmas!