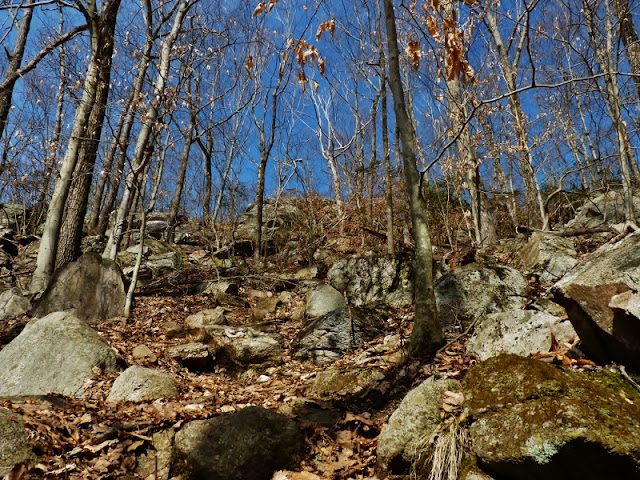 When I was first given an introduction to birding the most commonly mentioned times to look forward to in the Spring was the month of May because that is prime warbler time but there is a lot to look forward to in early Spring. Right around Saint Patrick's Day the birding starts to get interesting in Portland. that is the time we start to see a variety of ducks, raptors, Wilson's Snipe, and early migrants as we head into April.

I started the morning on Sunday with a hike up the Shenipsit trail in Meshomasic Forest. Saint Patrick might have chased the snakes out of Ireland but  Timber Rattlesnakes love the rocky terrain of Meshomasic Forest. 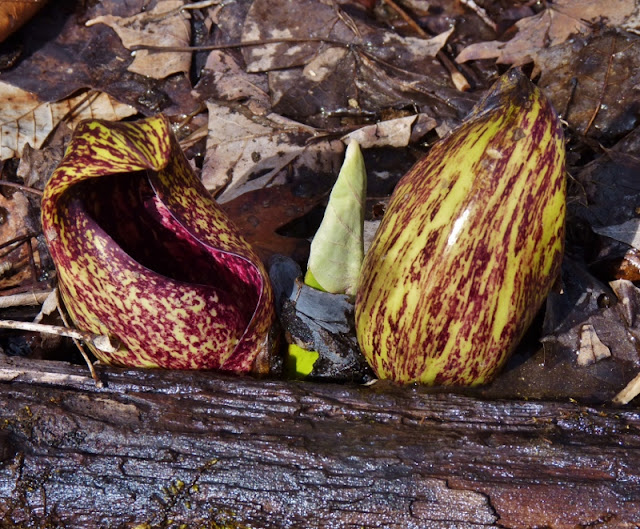 It looks like the skunk cabbage came up just in time for Saint Patrick's Day. Another sure sign of Spring. 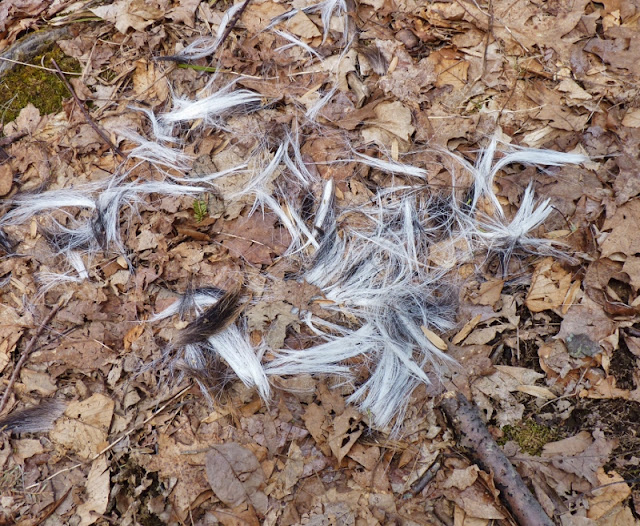 What do you think happened here? 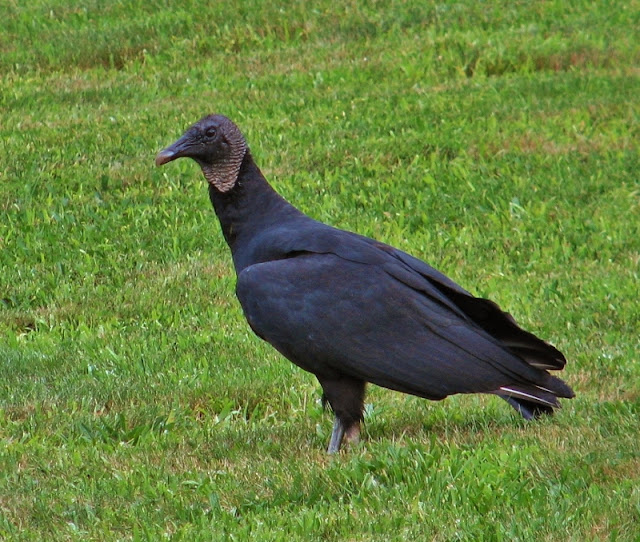 One of the reasons I climbed up Great Hill was in hopes of catching a Black Vulture like this one in flight. I saw a couple of turkey Vultures but no sign of Black Vultures (old photo). 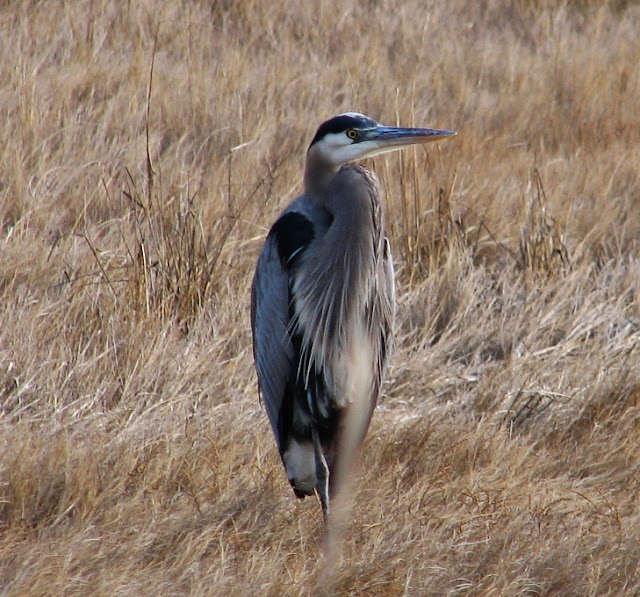 After my climb up Great Hill I headed down to the lowlands near the Connecticut River. The Great Blue Herons are starting to increase in numbers at Wangunk Meadows. (this photo taken at another time).

I had an interesting eagle sighting. As I was turning away from a flooded canal I started to hear crows calling to one another in trees that were lined up along the edge of the canal.  I started looking around to see what all the ruckus was about and an adult Bald Eagle passed over my head at a height of less than 20 feet. It was interesting to learn the source of the crows excitement and to see the eagle flying solo so low. 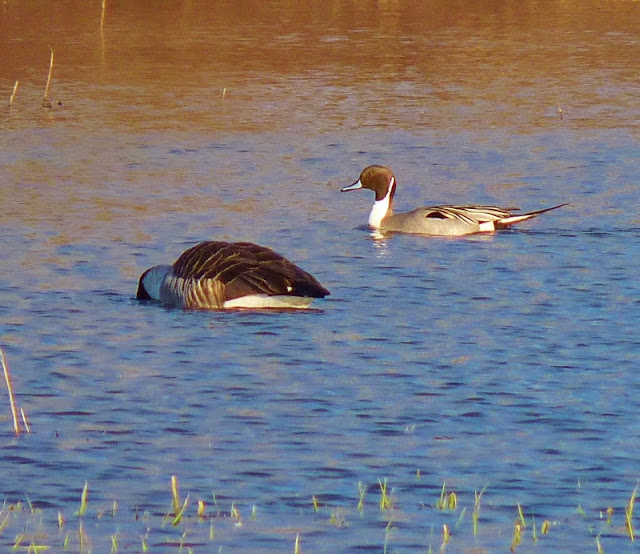 There is a little skating pond at the edge of the meadows that floods in the Spring. Early in the morning during March and April it is a good place to find ducks. On this particular day I counted over 50 Green-winged Teal and saw a pair of Northern Pintail. The male pintail is so handsome that the poor Canada goose seems to be hiding its head in shame. There were also many Killdeer and a couple of snipe around the edge of the pond. May might be prime time for warblers but there is plenty to be seen in March and April.
Posted by Larry at 7:37:00 PM

Our spring birds are slow in arriving this year. But hopefully that will change in the next week. I have only seen a Black Vulture in flight in Mexico. You really have a great variety of birds in your area.

Ruth-It's not a place a birder would travel to just for the birds but we do have a nice variety.