Can You Recall Individual Bird Sightings? 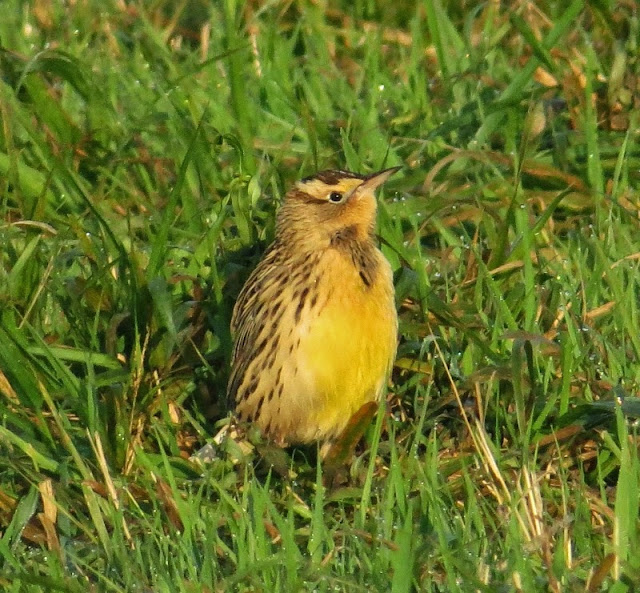 I was standing at a field near the Portland fairgrounds when I heard a shotgun blast nearby. I was thinking about how I had carelessly forgotten to bring my orange vest with me. Seconds later, a fairly large bird glided into the tall grass in the field just in front of me. Something about the way the bird came in for a landing struck me as different. When it emerged from the tall grass I recognized it as a meadowlark. At first I saw it from the back, flicking its tail and showing off white outer tail feathers. Eventually it turned to face me and showed off its bright yellow breast. It was a memorable moment for me because I've only seen half a dozen meadowlarks since I started birding and it was in my hometown.

It got me to thinking-I wonder how many individual birds I've seen over the years I can remember? What kind of details surrounding those sightings can I recall? It's easy to remember details of rarer birds I've seen or chased after but what about some random House Sparrow I saw 5 years ago? Probably not so much. 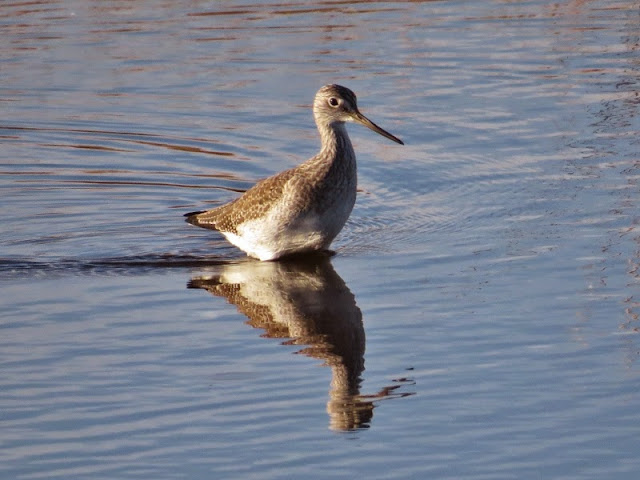 I believe taking photos of a bird helps imprint memories into our mind. I was parked next to a pond in the middle of a roadway leading to Meig's Point at Hammonasset when I took this photo. I remembered reading that Greater yellowlegs have a slightly upturned bill noticeably longer than their head. It was also darting quickly through the water chasing after food, which is another habit of theirs. 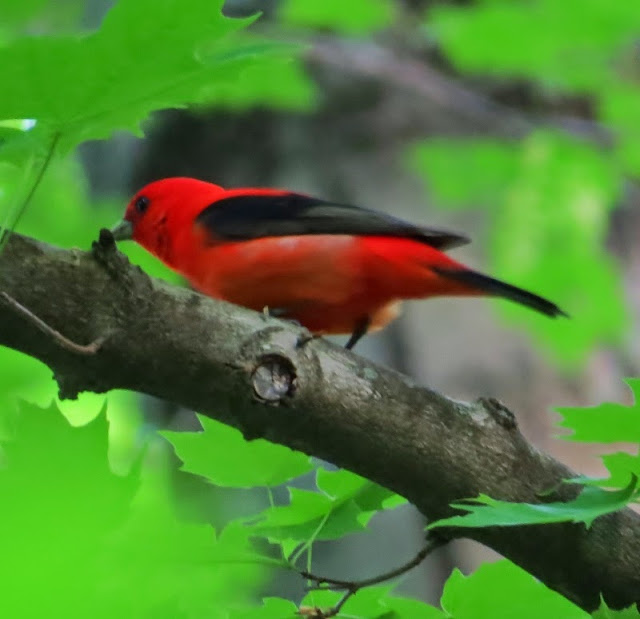 I saw this Scarlet Tanager one early summer morning. I was excited that it landed in a branch just above my head but disappointed that there wasn't much light. I wouldn't be able to take a picture that could match what I had seen with my own eyes. 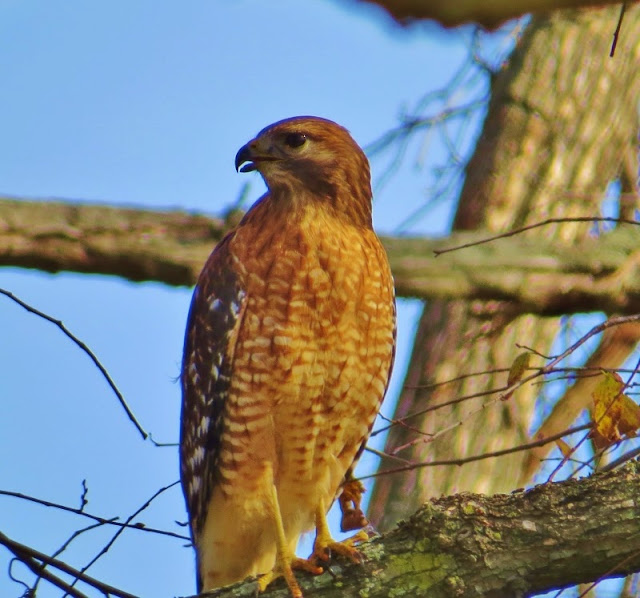 I was zipping along a back road when I saw a large form out of the corner of my eye. I shifted into reverse with my emergency flashers on and pulled up close to the woods to get a photo. My car was facing oncoming traffic. Birders are not the greatest drivers when they're in birder mode. I got out of the car and the hawk still didn't move! I took a dozen pictures of it but never could get the right lighting. 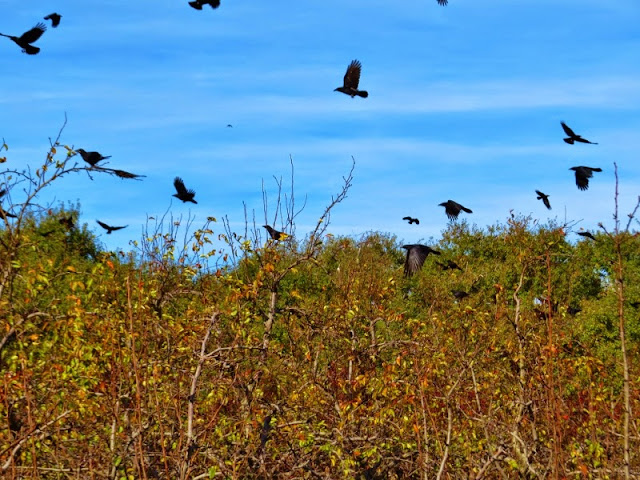 Lyman's orchards was swarming with crows on this day and I'll bet I was the subject of their conversation when I showed up to spoil their party.Their weren't many ducks in the pond that day but the cider was pretty good.

It may seem routine at times as we wander about searching for birds to identify but there's great deal of concentration involved with birding. I'll bet there is a lot more information about bird sightings in our memory banks than we are consciously aware of. I forget where I put my car keys but I can remember a brilliant red male cardinal perched in the middle of a snow-covered bush during a Christmas count from 5 years ago. I remember exactly where I was standing on a path along the Connecticut River when I saw my first bluebird. I even remember specific sightings of less glamorous birds like House Sparrows and House Finches. I know of one veteran birder who can tell you the date of first-of year birds he saw from the 1960's!

Try searching your own bird-memory bank. I'll bet you might surprise yourself with memories of specific birds and the details surrounding those particular sightings.

It is amazing what we do remember of bird sightings! I guess part of the answer is that we are really interested and often think of particular sightings afterwards which must help us retain the memory, and we also often share the sighting with other birders which also reinforces it.

It's true that by sharing our sightings with others it helps to reinforce our memories.