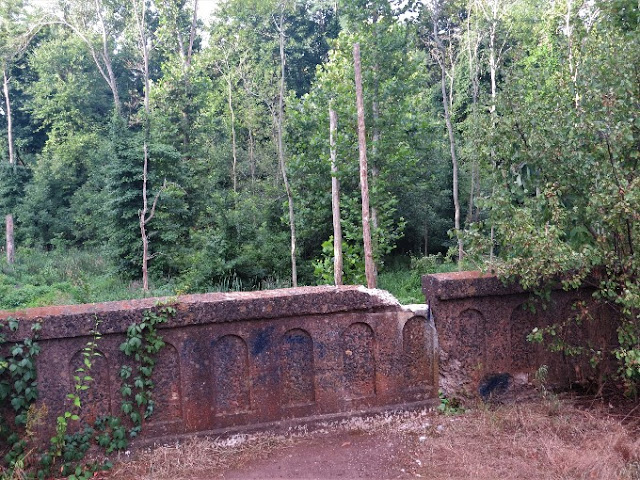 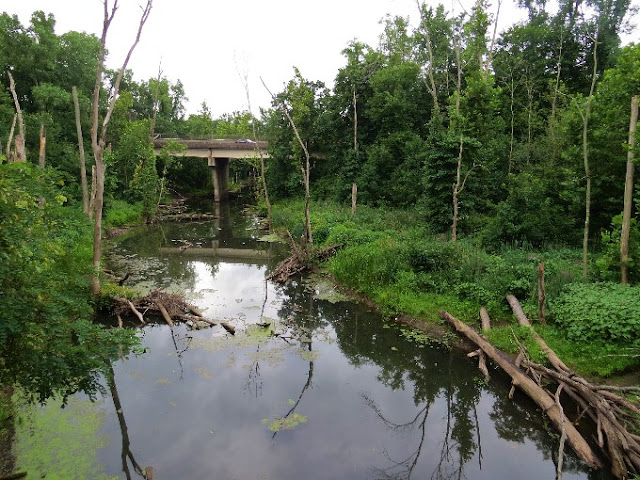 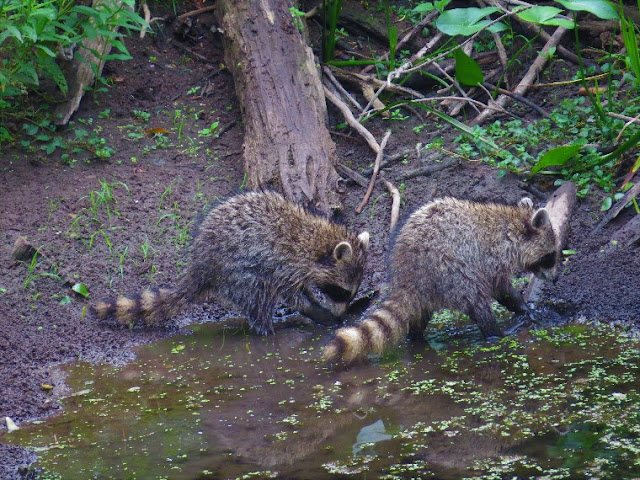 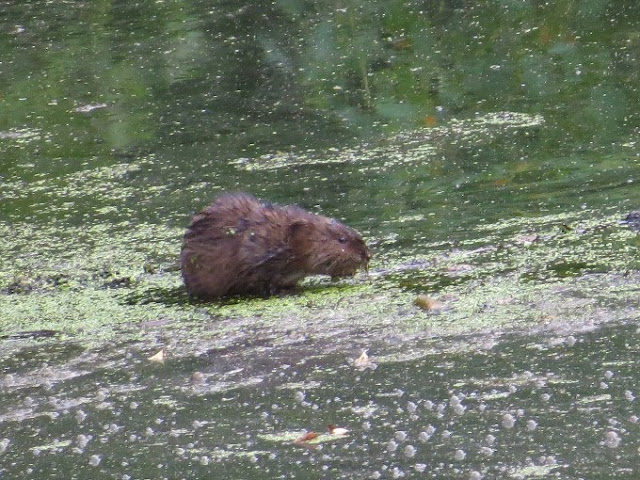 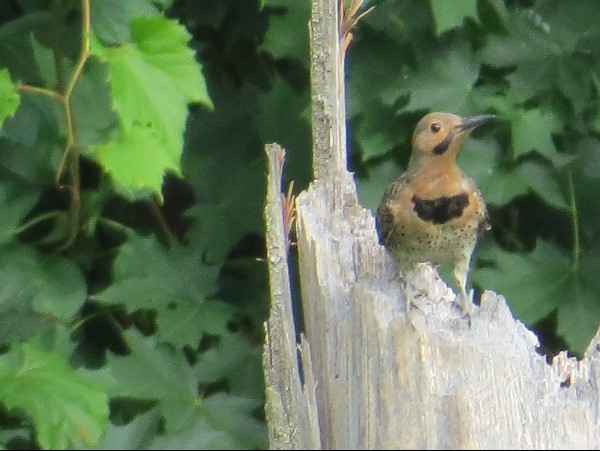 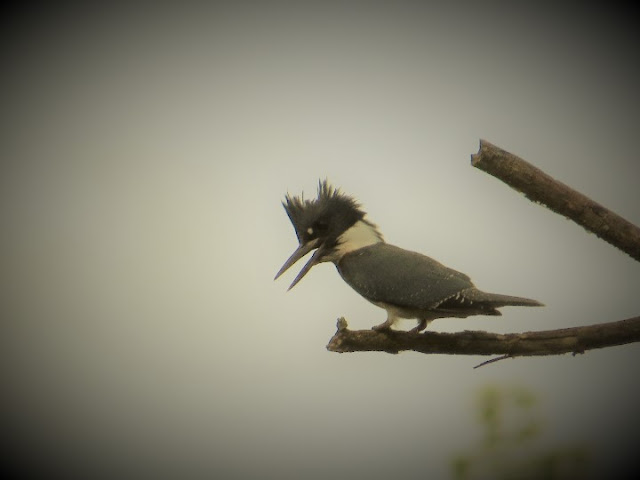 ....and a kingfisher belted out a loud rattle as it landed on a dead branch.
Nature moves at it's own pace that we have no control over.
In this day and age we are constantly bombarded by changing news, and an overwhelming number of digital entertainment choices it is more difficult to slow ourselves down enough to allow nature to catch up and reveal its secrets to us.
Posted by Larry at 1:11:00 PM

That is so very true!
In this 'new' world of everything 'instant' we seem to forget the joys of just sitting still and observing.
Putting the electronic devices away for a bit and just enjoying the passage of time has become a lost art.

I will be making some good use of a deer stand some friends left in my woods. Sitting 30 feet above the trails for an hour or so has always been interesting.
Just a question for you. I am looking for some small but decent binoculars or a monocular ... got any good tips?

If you are looking for a roof prism design that is decent and a good value I would recommend Looking at Vortex brand.If it is your only pair then I wouldn't go more compact than about 8x32. If you want to go smaller I have read that Zeiss Victory 8x25 pocket are some of the best. Zeiss, Swarovski,and Leica are known as the best but you are talking mostly in the 800 to 3000 dollar range.

I should note too that everyone's eyes are different and unless you try them out you won't know if they are a good view for your eyes.

Thank you! Yes you are right about the eyes being different. Since my eyes don't work together I was leaning to a monocular. When I DO use binoculars, I tip it so I can use just the left eye.
I think I'll eventually head to Cabela's and try some out!
Thanks for the tip!

A perfect post. I love that you waited.
Did your folks know you went to that bridge? :<)) Was it dangerous?