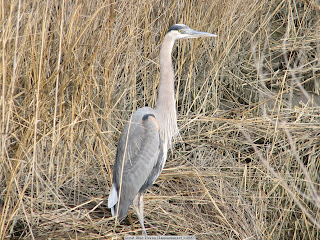 January 07 has come to an end. I started the month with something new in hand. It was a bright yellow checklist entitled: 'January Birds of Connecticut'. This was a list given to me by Adrian of The Hartford Audubon Society. He encouraged me to take part in the tradition of trying to find 90 or more species of birds in the month of January.

At first, I did not take this challenge very seriously. I went about my birding like I always do which is simply to enjoy whatever I might happen to see. The only thing that I did differently was to tick off each new species seen on the yellow list.

As the month rolled on, the number of species seen began to grow. The beginning of the month started out unusually warm. This allowed the area lakes to remain unfrozen . I was able to add species that I normally would not have seen in this area during the month of January.

By the last week of the month my list was at 70. This was 22 species short of the goal. I thought that the 90 species was probably out of reach as I only had one weekend left to add to the list. Much of what was left on the list were species of birds I had not seen before. I would have to search for most of them down at the shore using a spotting scope. I am not comfortable searching for shoreline birds with spotting scopes .

Adrian offered to help me out on the final Sunday of the month 1/28/07. I was able to add 23 species to my list in one 8am to 5pm marathon birding day. Eleven of the birds I saw that day were lifers. I was able to get a good view of the field marks that were needed to identify each new species. This was because Adrian knew just where to find the birds that I needed to complete the list.

I will be investing in a decent tripod for my inexpensive scope. The one that I have now shakes in the wind. I already have an idea of where I would start my search next year.-Stratford area, Westbrook Town Beach at low tide, Hammonasset Sate Park, Glastonbury Meadows, and Saybrook Point.-My final tally is 94 species. Most people who are serious about this stuff easily exceed 100 species.

Overall, I would say that I learned from this experience. I was able to become familiar with many new species. I enjoyed taking part in this tradition which was was addictive and fun. It was also a little bit exhausting. Unless you are retired , you need to spend your whole weekend birding in order to get good numbers. Now it's time to look forward to February for some easier-paced birding.
Posted by Larry at 7:56:00 PM