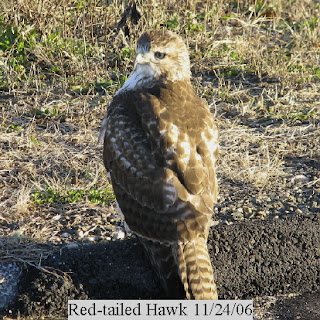 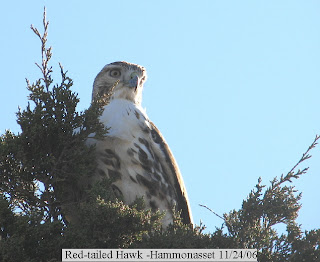 Back in November of 2006, I took a ride over to Hammonasset State Park. On this particular day, I saw a young Red-tailed Hawk making itself very noticeable at various locations. At one point, it was sitting on a curb. Later in the day, it was sitting on the top of some cedars watching the crowds pass by. It was an immature bird, which did not show red on the tail .
Posted by Larry at 7:39:00 PM