Do Songbirds Respond To Music? 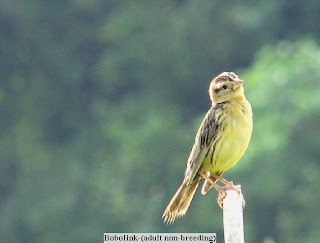 In October of 2003, I was camping out in a tent at Pachaug State Forest. This is a heavily wooded area, and I remember being disappointed that there didn't seem to be any birds or wildlife around.

I decided to play some c.d.'s. To my surprise, several birds immediately emerged from the woods and perched on branches surrounding my campsite. They seemed to be quite curious . I can't recall all of the details as to which birds they were but I remember Black-capped Chickadees and Downy-Woodpeckers were in the mix. The music I played that day included Bob Dylan, Bela Fleck, Led Zeppelin, Jazz, and Classical. There have been several instances since then where I suspected that birds may have been attracted by music I was playing.
I have no scientific evidence to prove that birds respond to music, but in my opinion they do react to music. One of these days (maybe on a vacation), I would like to try some informal experiments. I was thinking about choosing the same observation time for a period of days. I could play certain types of music on some days. On other days, I would play no music. I would then compare results including number of species, number of individual birds, and any behavioral observations. The other option would be to go to a clearing where there are no birds in sight. I could then try to draw birds in using different types of music.
This probably sounds like a strange idea, but it might be fun (and-relaxing too)! If you ever decide to try any version of this idea, please let me know what your findings are.
I did some googling to see if anyone has tried similar experiments. I didn't find out too much through my internet search, except for this article.
Do you know of any research that has been done on this particular subject?
Have you ever suspected that birds might be reacting to music that you were playing?
Posted by Larry at 5:56:00 PM

I know of no research on this, but this past spring while my wife and I were birding for warblers, we were at a spot that was very dense with underbrush and trees. The warblers would not come out. My wife began to softly sing a tune (can't remember the tune), and just like that the warblers began to appear. I was amazed at how close they got to her.... at times within inches of her face as they sat on branches and sang their tunes.

Thanks for sharing that with me-fascinating!

I read a study that mentioned that the songs of birds and whales can be related to human music, so it makes sense they might respond to it. My favorite bird behavior to observe is how they communicate with each other. Birds seem really curious at times. They mimic and learn new sounds so why not jam to Zeppelin? It would be a fun study anyway.

Bela Fleck is one of my favorite musicians.

I don't recall if birds have responded to my playing music outside, but I did have an experience recently when I was playing an old time tune on octave mandolin and two rabbits came hopping out of the woods. The name of the tune? "Little Rabbit".

I like that article and your observations. I have wondered how birds respond to music. I admit I have never sang to them but I whistle softly. My whistling and soft voice used to calm a nest of barn swallows and if I'm close enough to gold finches and whistle softly, they nod and listen. Cool, huh? I always make sure I'm alone because I'd rather not have people think I'm a cuckoo.

Birds are very sound oriented birds and I can agree that they can enjoy some good music! They probably believe it is a long winded bird!

Great post! I have no idea what birds think of music. I am attracted to their music;- they should like mine too.
ruth

Veery-Interesting-If songs of birds can be related to music,it would be an interesting idea to imitate the song of a songbird and incoporate the melody in to a musical composition.
Deb-yes-Bela Fleck is very good-that's a riot to have rabbits come out of the woods to hear their song.-You must have had a chuckle or two over that one.
Mary-Now we know what you've really been up too!
Monarch-If they'relistening to a slong like Freebird-it really would be long winded!
Ruth-maybe they do like your music-glad you liked the post.

Now that is really something. It'd be interesting to learn if there are preferences for certain types of music. It reminds me of the experiments wherein they play different music to plants to see if certain styles effect the growth.

Larry, this is a very interesting theory. I read the Rutgers article and I'd be very interested to see how the study turns out.

I had a similar experience when I was camping in Hawaii. My boyfriend and I camped in a state forest also and when we first got to the clearing I was very surprised at how quiet it was. It wasn't until we started setting up camp and chatting that we started hearing the birds come around. The number of birds we heard kept increasing until the whole forest was echoing with their calls. However, it might have had something to do with the time of day since it was around dusk.

As for the music you were playing, Bela Fleck also stands out to me. I think that would have been the most attractive to the birds because of the fast-paced, higher-pitched notes in his music. Do you happen to remember which music they liked the most?

The first c.d. that i remember playing was Horn Culture by Sonny Rollins.-That seemed to real them in pretty good.