Try Asking The Locals Where To Find Birds 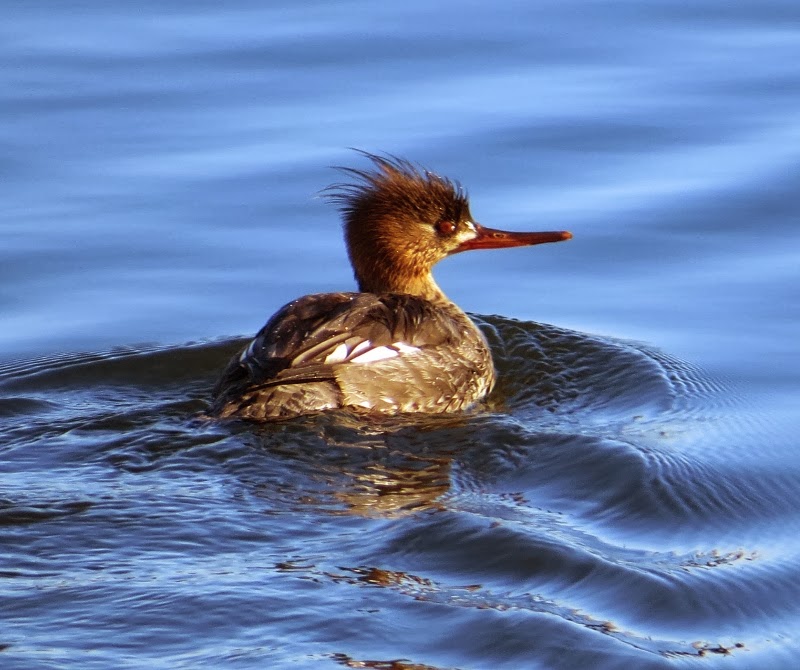 I decided to head towards the eastern shoreline to do some birding but stopped at a local diner along the way. While I was having breakfast, one of the patrons at the restaurant saw me reading a field guide. He suggested that I check the area where the Black Hall River crosses 156 claiming there were lots of eagles and ducks near the bridge. After breakfast I drove to that location and found that there were indeed eagles and ducks there just as advertised. I saw 3 young Bald Eagles and a Red-shouldered Hawk perched in the trees. I was able to get a decent view of a female Red-breasted Merganser (above) but the Hooded Mergansers and other ducks were off in the distance.

An older gentleman walking his dog stopped and asked me: " What are you looking for?, eagles? " I thought about it for a moment and said that I would really like to get a look at a closer view of the Hooded Mergansers. "Oh-you mean those ducks with white spots on the side of their heads" he said. He then proceeded to give me directions to a nearby back road which crosses over a small brook. He said that he'd seen a bunch of  "those ducks" right near the side of the road yesterday and added that there was also a cemetery on the same road where they've been finding owls. I thanked him and set out to find the location. 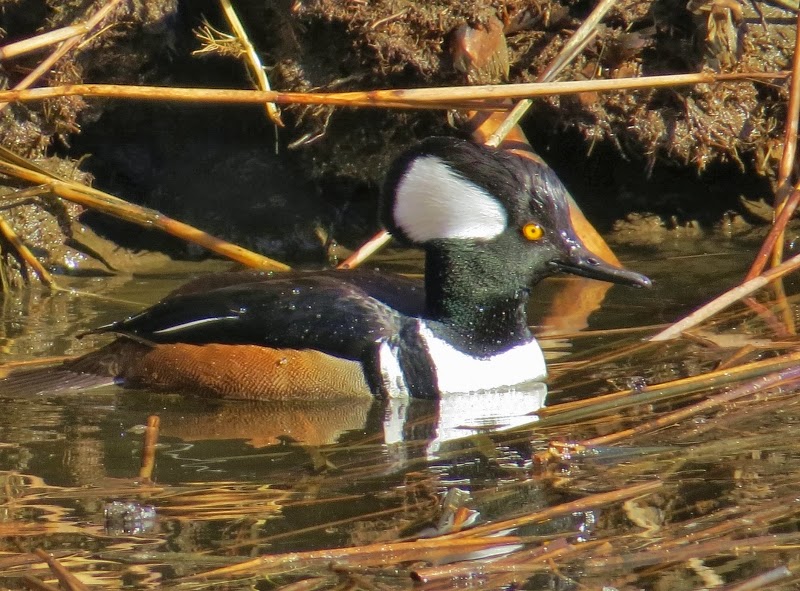 It turns out that the old timer was right on the money! There were a few Hooded Mergansers hanging out near the edge of a small brook. It just goes to show you that it doesn't always take an expert birder to know where the birds are. I've seen plenty of hoodies over the winter but this was the first time that I had a close view. I found  out first hand that they do breed in Connecticut but they're difficult to find when they're hidden away in wooded wetlands during the nesting season. 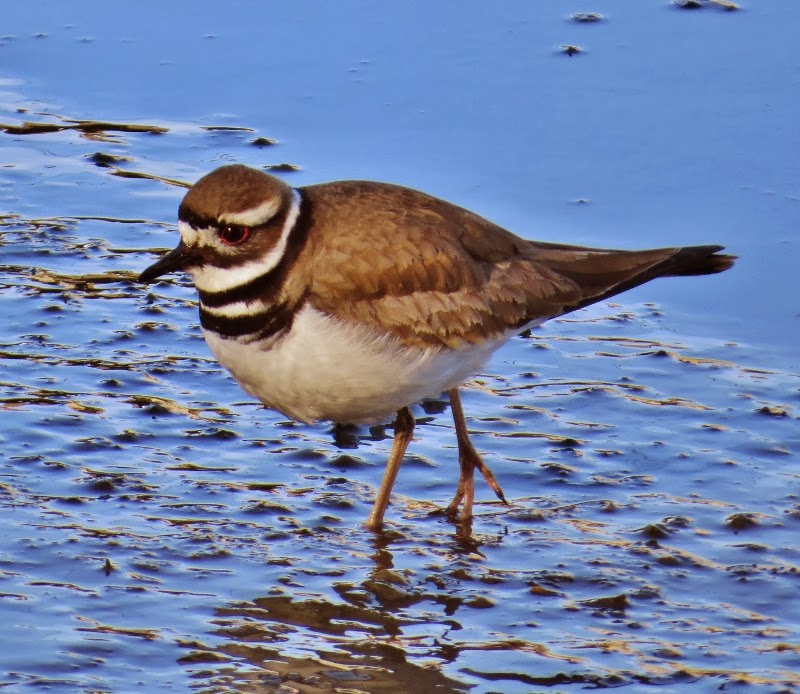 It was great being out on a relatively warm (upper 40's), sunny, winter day for a change. I've been finding more Killdeer showing up around the state which is a promising sign that spring is just around the corner.

I sometimes ask the locals if they know of any "good" places in their area to see birds. You need to use discretion as to whether or not searching for a suggested location is worth the gamble. It's a strategy that could get you lost but the payoff is that it might lead you to a hidden gem-of-a birding spot that you never knew existed!

Good tip....it's amazing how many people know where the bird etc are but are not generally "Bird Watchers".

Good advice to ask the locals. You captured some nice shots.

Interesting suggestion. I'll give a try. I do pass the word locally about my birding interest. And local often give me a call when they spot something unusual...:)