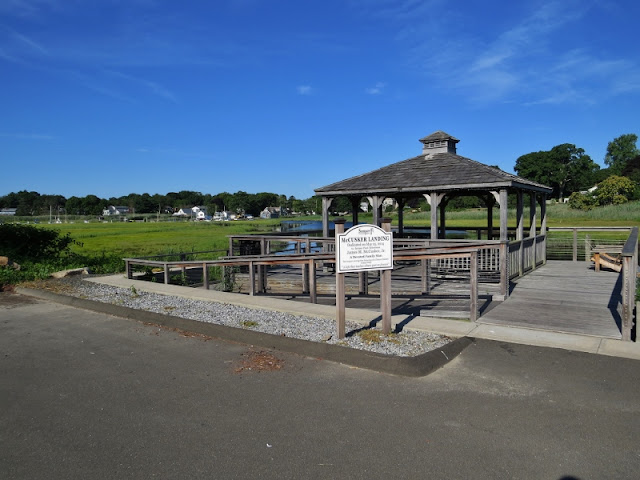 I've been spending the last couple of weekends searching the Middlesex County portion of Connecticut's shoreline for birds. The major beaches are crowded in this area during the summer so I concentrated on finding small overlooked areas as potential birding spots.

The gazebo you see above is located right behind the town hall and overlooks the Indian River Marsh. I'm sure I've drove by it a number of times but never noticed it. It's a nice place to relax and set up a scope if you get there first thing in the morning.Yellow-crowned Heron was among one of the interesting species I was able to find there. There's also a walking trail right next to it. 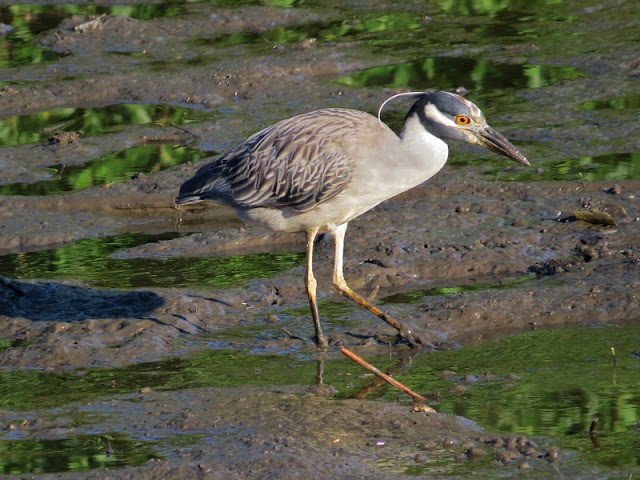 I've had good luck finding Yellow-crowned Night Herons this year along the shoreline in Middlesex County. 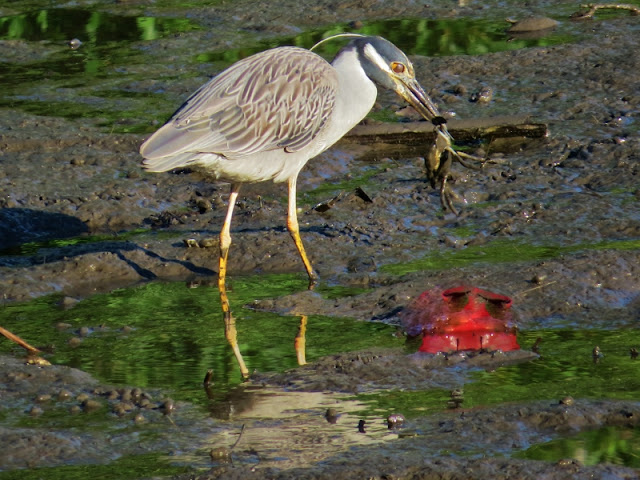 This one was right near a bridge on a tiny mud-hole of a river called Oyster River. I always thought that you had to head towards Milford to see yellow-crowned Night Herons so I've been plesantly surpised to find them closer to home. 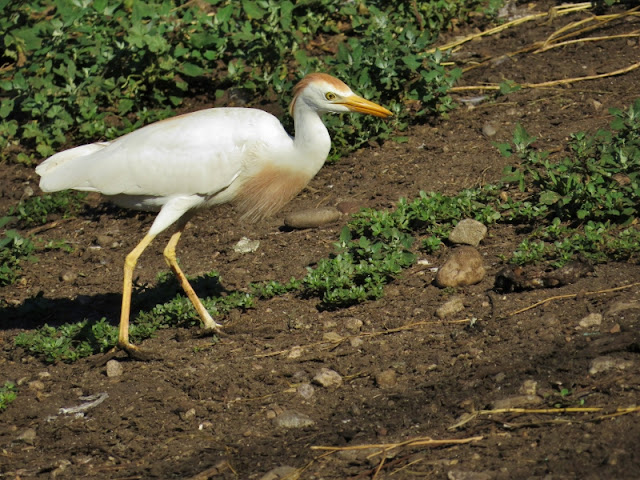 This Cattle Egret has been hanging out near a small farm pond in Old Saybrook just down the road from a Macdonalds. Apparently it's looking for its own source of fast food. The bird was very active when I was there, picking bugs off the ground and what looked like bees from the bush. this is the first time I've seen one in Connecticut in breeding plumage. 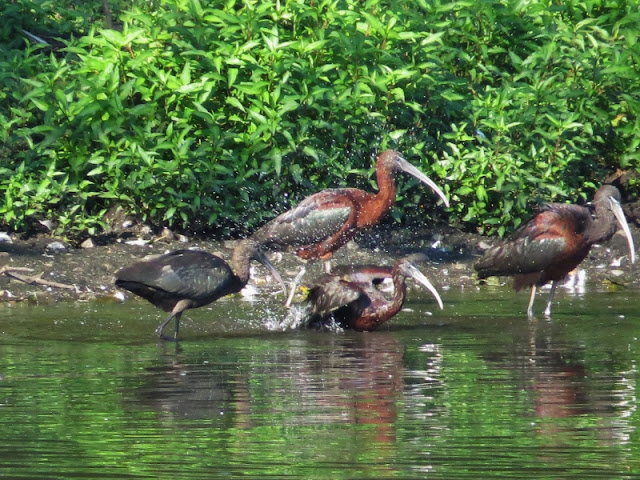 As an added bonus, 52 Glossy Ibis dropped in next to some Canada geese to take a bath on the opposite shoreline. You'd never know that such an ordinary looking farm pond could attract such birds. That is why I have learned that a little bit of habitat can go a long  way when it comes to finding birds near the shoreline.
Posted by Larry at 10:31:00 AM

Beautiful series! Thank you so much for sharing.

Wow, Larry you get beautiful birds. Thanks for sharing. We have seen some willets, least sandpipers and black-crowned night herons in Noank. Deb G

Wow, Larry! You hit the jackpot here! Good for you birding in places where no one else goes! I love that type of birding and I know you love to do it as much as I do! Nice finds! I may check these places out when I am in CT next week!

Thanks for the comments.-I have been trying to find Black-crowned Night Herons but surprisingly I keep finding YC-Night Heron.-Kathie-I found Clinton Town beach near low tide to be very good recently.-Free parking during weekdays.