Not All Floods Are Bad 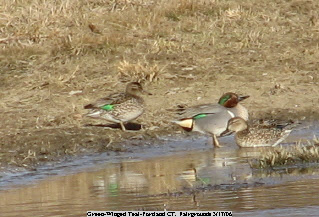 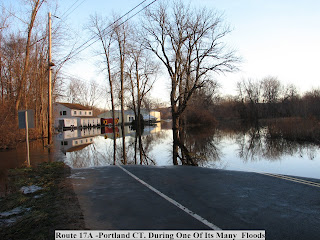 Portland is a small town in Connecticut that borders the Connecticut River. During most years, the river level rises to the point that the water covers a good portion of main street. This area is well past the center of town. The floods, most commonly occur in spring after the ice and snow melt to the north of us.

When most people think of floods, destruction and devastation come to mind. It is not a serious problem here, just an inconvenience to people who drive this route and for the those few who own buildings in the flood zone.

If truth be told, the floods are considered by many Portland residents to be an annual event. People seems to look forward to opportunity to view the floods in the same way they would go to watch a fireworks display. They drive right up to the edge of the flood line to see how it ranks with past floods. They also take pictures like the one I took.

Every year, people will try to drive through the flooded area. Some make it; some get stuck. I tried it once and made it. The floor of my pick-up was soaked by the time I got through. Once you start, you'd better not stop. You can hear exhaust chugging and gurgling as the water pours across your hood. It is a harrowing experience, to say the least.

There are other reasons that people look forward to the spring floods. Shad fishermen know that with the spring flood, comes the American Shad heading up river.Not long after that, the Striped Bass come to feed on th Shad.

Here's my favorite part. The flood extends in to our local fairgrounds transforming the area in to a temporary hotspot. Once the flood recedes enough to be able to drive to the fairground, there will be some great birding opportunities. This would include ducks such as The American Wigeon and Green-Winged Teal that enjoy feeding in the flooded fairgrounds (say that 10 times fast). Wilson's Snipe and various shorebirds also make an appearance. You can a great close-up view of all these birds from your car window. Now that is something to look forward too.
Posted by Larry at 6:25:00 PM

A real gem of a place for shore birds in Minnesota is a sod farm that floods in spring. Now I just need to work up some enthusiasm to learn shore birds. (too hard)

I started to learn shore birds this last year-other than the few that I already knew. Someone was helping me with them and I was embarrassed by how many repeated mistakes I made.