How about backyard bird news. Who wants to hear all that depressing bee news anyway? 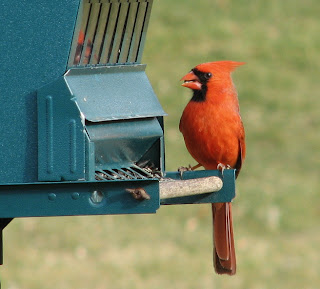 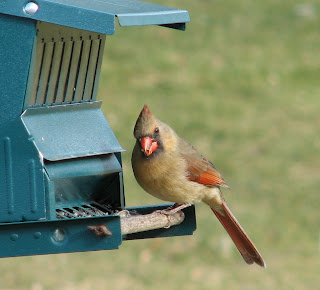 Mr. and Mrs. Cardinal took turns on the feeder tonight. It looks like the male Cardinal might be impressed with the reflection of his own handsome image. 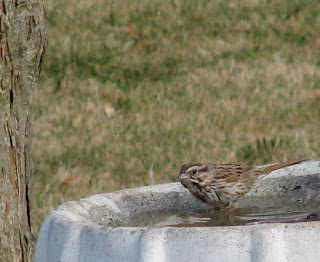 Here is a Song Sparrow having a quick after dinner bath. "Do you have to take my picture when I'm bathing?" 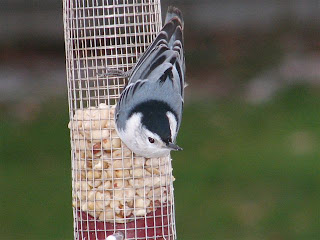 This Nuthatch must think it's in peanut heaven. A chock full of peanuts, with a place to hang on to. 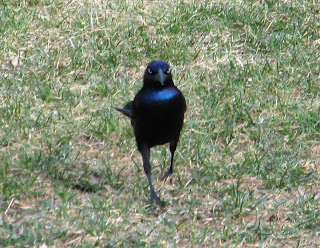 This Common Grackle has a bad attitude. He looks a little like something out of a Godzilla movie. Every time the Red-winged blackbirds came near him he would let them know who was boss.

Last year I witnessed a Common Grackle kill a house sparrow much the way a hawk would do it. After making the kill, it proceeded to pluck the feathers from the sparrow before eating it. I reported this, and apparently this behavior is not unheard of.

Great pictures! I have tried to capture nuthatches and sparrows with no luck. Love that grackle!
Ruth

Love the birds here! The cardinals are perfect! WOW