Memories Of My Grandparents 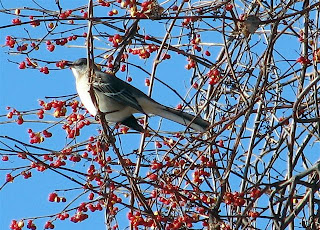 Every summer, from the time I was five until I was about 13, I would spend a week at my grandparent's house in Durham Connecticut. Although my mother's parents are no longer living, I still have fond memories of the time I spent with "Nana" and "Grandpa."

Nana was half French-Canadian and half Iroquois. She was a retired nurse from Boston Hospital and an accomplished classical pianist. She became very frustrated when her hands became crippled with arthritis and she could no longer play the way she once did.
Nana had her own way of doing things. For example, bleaching socks and underwear wasn't good enough for her. She also felt the need to boil them in a giant pot on her stove. She had an old-fashioned open tub washer with a manual clothes ringer. When it finally needed to be replaced, grandpa had to order an identical model from some place out west. She insisted on hanging her clothes out on a clothes line; even in the middle of winter. My grandfather bought her a drier, but she would only use it in extreme weather conditions.

She was very fearful of thunderstorms. During a bad T-storm she would go in her room and cover her head with a pillow until it was over.

Nana didn't believe in throwing out plastic bags. She would just rinse them, and let them dry.

She was also an avid Red Sox Fan . We watched every Red Sox t.v. broadcast with the volume turned down and listened to the play-by-play on the radio.

They had a beautiful yard with many mature trees. It was bordered by a trout stream . I would go fishing, while my grandfather worked on his garden. When I caught trout , Nana would cook them up for us.

I remember my grandfather's 7x50 WWII navy binoculars. I would use them to track jets during the day and for stargazing at night. The skies were very dark. I had no problem seeing the milky way. Satellites passing overhead fascinated me.

Grandpa was 100 percent Irish and seemed to have some kind of saying for every circumstance. Many of them were very Irish-oriented and I didn't understand them. He loved to walk around the yard every day. He said he was taking a walk to survey "The Estate."

He also introduced me to backyard birdwatching. He had a basic bird feeder, which he filled with scraps and mixed seed. Although I was only mildly interested, I remember being impressed by the striking beauty of the male Cardinal. I was very interested in Red-winged Blackbirds and felt that they were probably rare. There was one bird that didn't go to the bird feeder but seemed to do an awful lot of singing. My grandfather told me it was -the Northern Mockingbird.

What do you remember about your grandparents? Where did you see your first birds?
Posted by Larry at 6:03:00 PM

My grandma was an avid birder and was always pointing out this bird and that bird while I just paid polite attention. How I wish I had listened and watched with more interest!
Ruth

I remember Cardinals being a big deal in our backyard growing up.

My grandpa was most interested in baseball - all of my memories of him have a game on the radio in the background.

Your memories are treasures. I enjoyed reading about your grandparents. My grandfather, who died in 1953 loved birds. He watched each year for the return of the purple martins and when he saw the 'scout' birds he hurried outside to lift the martin house into the sky above his garden. He didn't own binoculars. I can't help but wonder how a pair would have delighted him by revealing the intricate beauty of each bird.