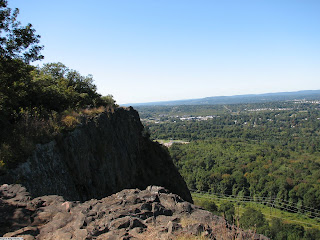 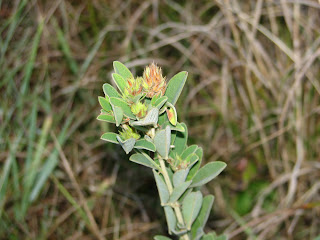 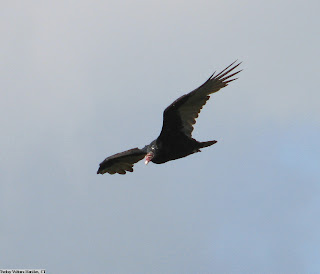 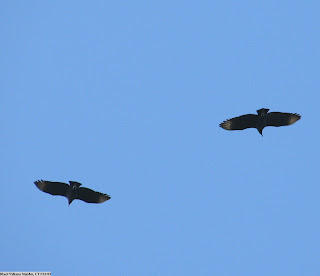 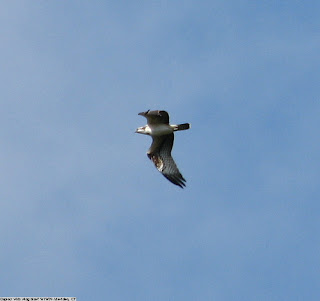 click to play
I combined a couple of short clips The first clip is a Raven which seemed to be enjoying the winds which were in excess of 30mph at times. That is immediately followed by a sharpie showing off its rapid wing beats.
Posted by Larry at 3:23:00 PM 15 comments: 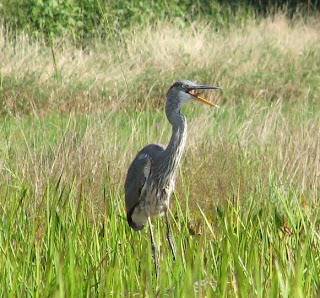 Over the last couple of weekends I have been a lazy birder. I made stops at several different locations but haven't been birding for more than an hour or two at a time.

Now that I've The top photo of the Great Blue Heron was taken at the Portland Fairgrounds. I stood in the middle of the tall grass with its mouth open for 10 minutes. What do you think he's trying to say? 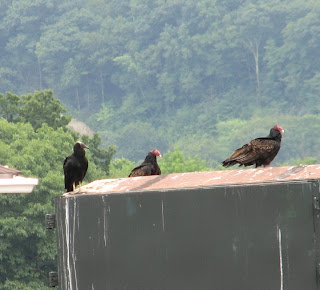 Every year at the Portland waste transfer station I seem to find a Black Vultures like the one on the left end hanging out with 2 Turkey Vultures. I only see them in August though. I'm wondering if they start to migrate in August. 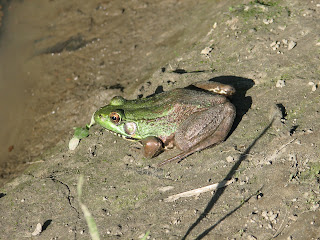 On one particular day at Wangunk Meadows I found a frog that stayed still long enough for me to take its picture. I'm used to them diving into the puddles before I even see them. 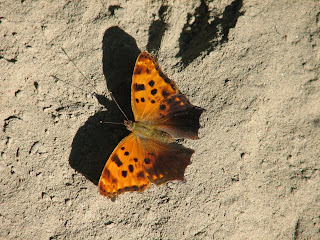 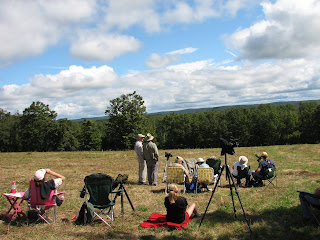 I did put some effort into hawk watching today from about 10 am until 2:30pm. There was a Hartford Audubon sponsored gathering at Booth Hill in West Hartland CT. I was able to contribute by spotting quite a few hawks but let others handle most of the identifications. It's going to take me a while before I'm any good at identifying hawks in flight. Most of them were Broad-winged Hawks. We saw several kettles of between 20 and 30 hawks. The most we saw at one time was about 60. Many of them were flying high in single file. Total Broadwing count for the day was just over 1,000 birds. Other Bops we saw included Sharp-shinned Hawks, Osprey, Bald Eagles, Harrier Hawks, Red-tailed Hawks, Merlin, and 1 reported Goshawk which I didn't get a chance to see. We also saw Turkey Vultures and Red-tailed Hawks but they migrate later. There was one Broad-winged Hawk which we believe may have been a dark phase broadwing which is rare to see in CT. I plan to do some more hawk watching over the next couple of weeks. Trying to see how many hawks you can spot is kind of addictive. Especially when you have a whole group trying to do the same.
click to play
Here's a video that was taken in the rain at Rocky Hill Meadows a couple of weeks ago. I believe this a Pectoral Sandpiper chasing off a Least Sandpiper. I, along with several other birders saw 12 American Golden Plover and 1 Buff-breasted Sandpiper on the same morning.
-
Posted by Larry at 7:23:00 PM 21 comments: