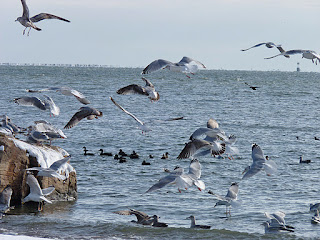 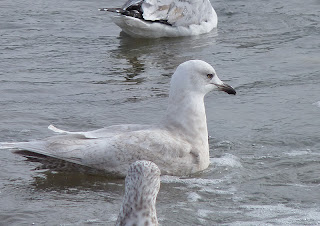 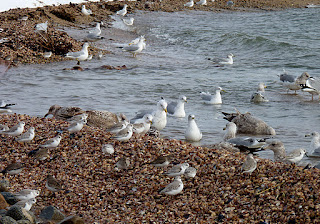 click to play
Here's a video of the Iceland Gull swimming with the other gulls
Note: My species count is currently at 83 for the month. I'm hoping to reach 90 but time is running out.
Posted by Larry at 9:01:00 PM 14 comments:

Bird Search Led Me To Fox Afflicted With Mange 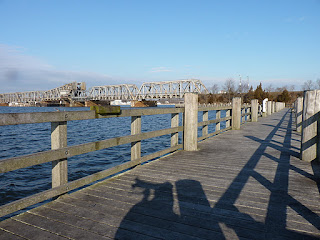 Finding new species to add to my Big January list was much more difficult in the second week. I put more effort in than I did the first week but was only able to add 10 new species to my total which now stands at 78 for the month. I spent some time exploring areas along the lower Connecticut River. There didn't seem to be much bird activity in this area during my visit. I found the land birds to be especially quiet. I didn't find any blackbirds and there were very few sparrows or finches around. 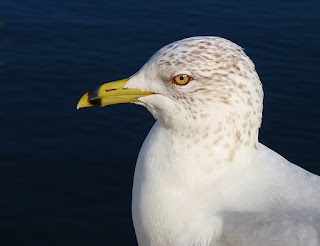 The birding was so slow that even took time to chat with a Ring-billed Gull . 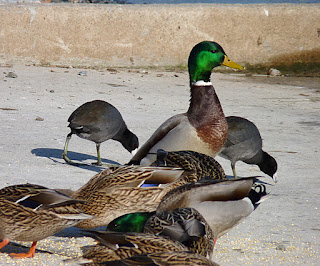 There were some Mallards at the Essex town dock eating cracked corn that someone had tossed onto the boat launch. 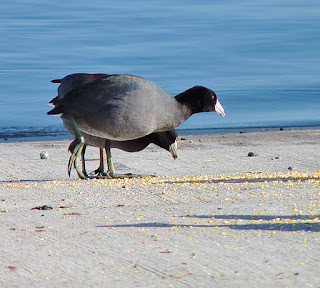 There were two American Coots mixed in with the ducks. Coots are related to rails which are known for being elusive birds. These coots reminded me more of chickens the way they were pecking at the cracked corn. I found it interesting to learn that coots lay their eggs in floating nests that are anchored to aquatic plants. 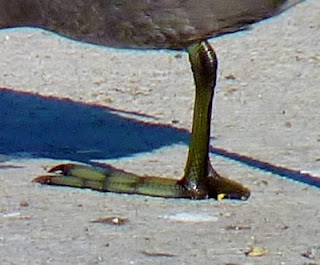 .....and check out those funky looking feet! 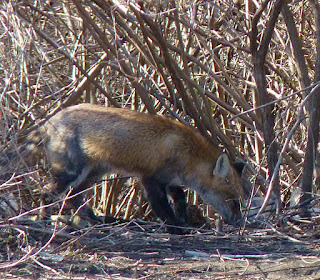 At first I was excited to find this Red Fox  so out in the open. They have a beautiful coat of fur when healthy. 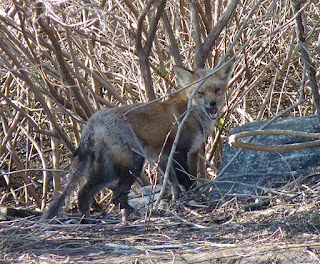 After watching this fox for a few minutes I realized there was something wrong with it. Notice how its eyes are almost closed and the tail is missing fur. It also didn't show much fear when people passed by with their dogs. An internet search revealed that these are all symptoms of mange. Sarcoptic Mange is caused by tiny mites that live in the skin. It can be cured with proper treatment.
I reported the fox to local wildlife authorities. I hope that this poor  animal will get the help it needs before it is too late.

Big January Update: In week two I added ten new birds to my list for a total of 78 species. Two of the more interesting additions were a Red-headed Woodpecker and a Northern Shrike. Both had previously been reported on the CT daily bird report.
Posted by Larry at 5:53:00 PM 6 comments: 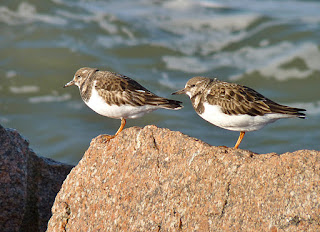 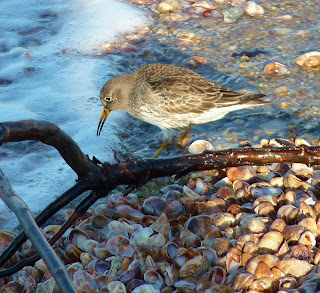 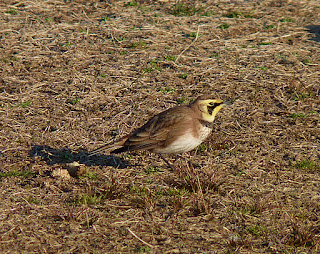 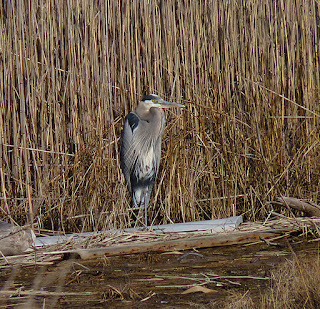 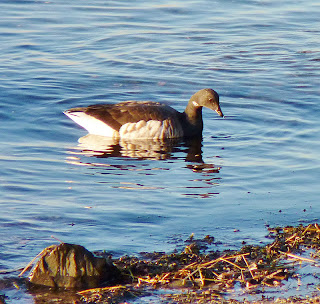 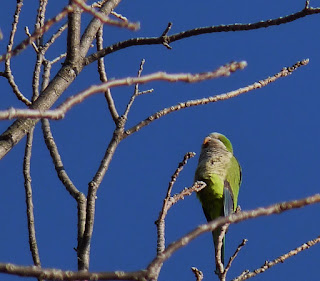 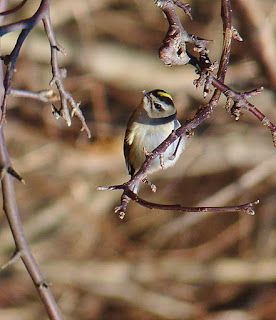 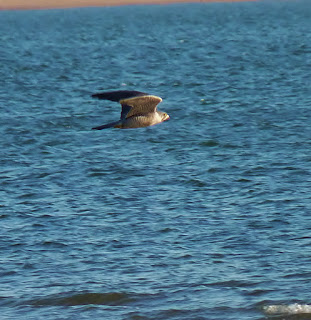 Our last stop of the way was at Long Wharf in New Haven. There were a few Scaup around and lots of Ruddy Ducks.The final species to be added to the list was a Peregrine Falcon which had been sitting on a sandbar before flying past us.
My species list for the month at the end of the day was 68 but I've added a couple more since then. I'm not holding myself to any rules but I tried to green it up a little by staying local on the first day and then carpooling on my western shore trip. You can see my total list of species for January here. This list is also located at the top of my sidebar.
click to play video of rare Long-tailed Kite
Posted by Larry at 5:23:00 AM 10 comments: