Across The 45th Parallel Into North Country 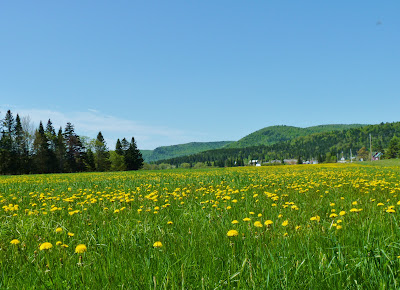 Over the past 30 years or so it has been a tradition for my father and I to take a spring fishing trip somewhere up north. One of our favorite place to visit is Pittsburg, New Hampshire located next to the Canadian border. I love the natural scenery up there. There are lakes, streams, and mountains every where you turn. I felt like a kid again as I ran across a field of dandelions to take a few casts into an alluring trout stream. 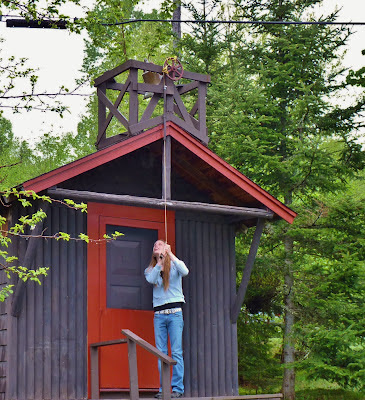 This year we stayed at a place called The Glen on First Connecticut Lake. You stay in your own cabin which overlooks the lake and home cooked meals are included in the cost. When you hear the old bell ring you know it's time for breakfast or dinner. That's part of what I love about it up there. It almost like traveling back in time. 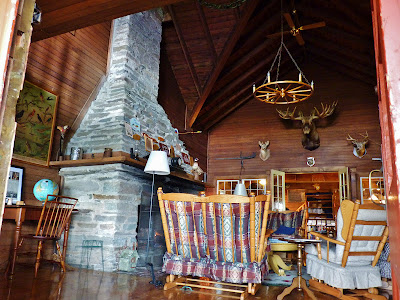 Here's a photo of one of the sitting rooms in the main lodge. The The owner of the Glen is a spry, 87 year old lady named Betty who has been running the Glen for the past 51 years. She still keeps a sharp eye on her staff and has lots of interesting stories to tell. 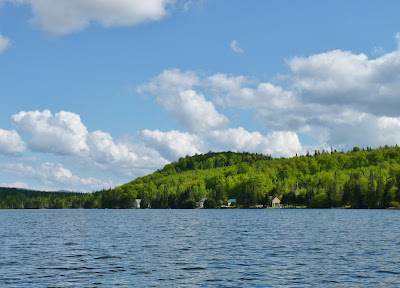 Unless you have down-riggers or use lead line it can be tough to catch fish in the bigger lakes so we took a ride over to a smaller pond to try our luck. 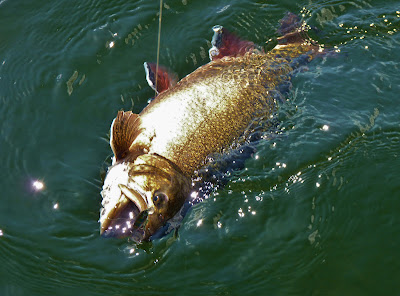 Other than a Lake Trout, this is one of the biggest trout I've caught. I released it without weighing it but I'd estimate it to be at least 3 1/2 lbs . 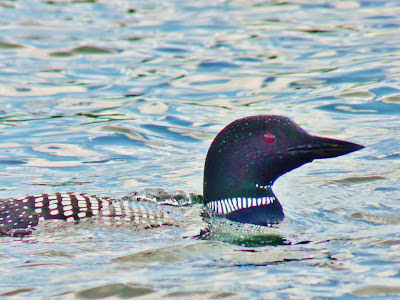 At night the mournful sound of loons from across the lake echoed across the water carrying with them memories from years passed. Hearing a familiar song sometimes triggers a memory from the past that is connected to that particular song. For me, loons are the song of the north. 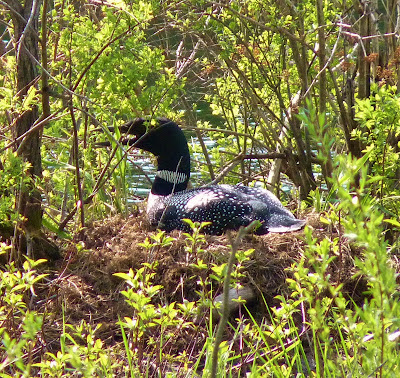 This loon was nesting near a trail along a river. 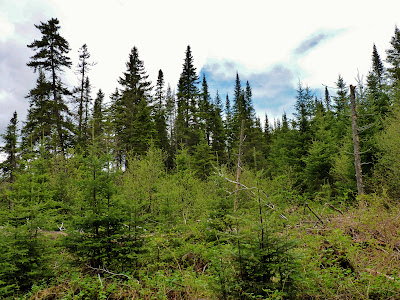 Naturally, I managed to take a break from fishing to spend some time birding. Pittsburg is on the southern edge of the boreal zone so there is potential to see some birds that I can't find in Connecticut. The woods were alive with the sound of warblers singing including Northern Parula,  Black-throated Blue, Blackburnian, Black-throated Green, and Bay-breasted Warbler. There were a couple whose songs I didn't recognize and was frustrated not to be able to locate the birds. I came across a flock of Pine Grosbeaks and some crossbills as well. 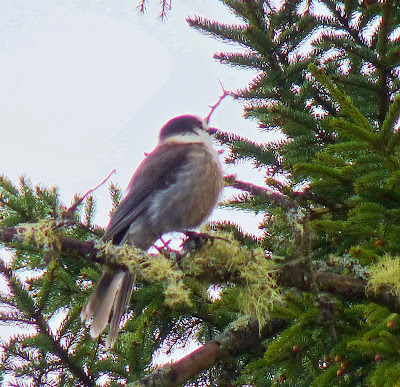 It was difficult to get bird photos because the skies were cloudy most of the time but I attempted to get a photo of this Gray Jay. I also spooked up several grouse. I think at least one of them was a Spruce Grouse but they didn't give me much time to identify them before scooting off into the thick woods. 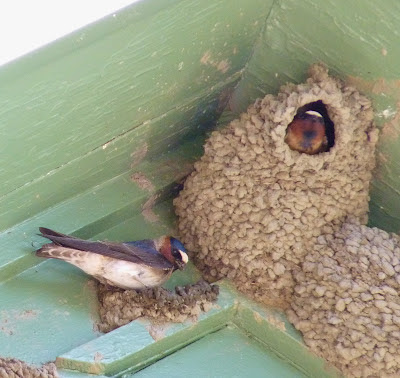 There is an ice cream shop along route 3 called Moose Alley Cones. The owner has about 20 pair of Cliff Swallows nesting under the eaves of her house!

Pittsburg is not a place that would appeal to everyone. Other than  it's natural beauty and old-fashioned charm there isn't a whole lot going on there but I always look forward to going back.
Posted by Larry at 6:30:00 PM 4 comments: 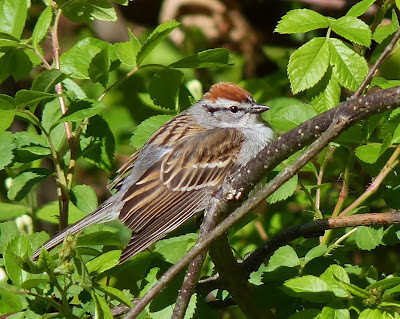 Are  Chipping Sparrows a dime a dozen?

When you first start birding just about every bird you see seems like a good one. Then you start to familiarize yourself with all the species in your area and things change. You begin to grow tired of seeing common, everyday birds and start to search for migrants, rare birds or any species you haven't seen.

If you feel as though looking at common birds though your binoculars is a waste of time then you might be  suffering from Avian Snob Syndrome :

Here are 5 signs that you may be suffering from this affliction:

What if their response was-"Yes, I saw a beautiful Cardinal and 2 nice Blue Jays, and a Mourning Dove."

I'm assuming that you would have a polite response but honestly, what would you really be thinking to yourself?

I've often heard experienced birders say "the usual suspects" in response to the same question which is another way of saying same old stuff. What is the crime a that these birds are suspected of committing?

3) The second you identify one common species you're already looking for the next.
See the bird-identify the bird and on to the next one. Most birds just aren't worthy of a second look-right?

5) You subconsciously rate the species you see:
What would you rather see-A House Sparrow or a Cedar Waxwing? A Yellow-rumped Warbler or a Blackburnian Warbler? Chances are, you have an answer to those questions because many birders tend to place a value on each species they encounter. This might be based on rarity, appearance, or other factors but ask yourself this question. Is one species really better than another?

I wish that I could say that I'd be just as excited to see a catbird today as I was the first time I saw one. The truth is that I too have suffered from symptoms of Avian Snob Syndrome. If we dismiss 95% of the birds we see as being too common to be worth our attention then 95% of our time spent birding is also a waste of time. The good news is that we have a choice. With a little patience, creativity, and imagination we can continue to enjoy watching birds even if they're not listed on the daily rare bird report. I think it's worth the effort.
Posted by Larry at 6:51:00 PM 18 comments: