Birds Soaking Up The Sun At Machimoodus 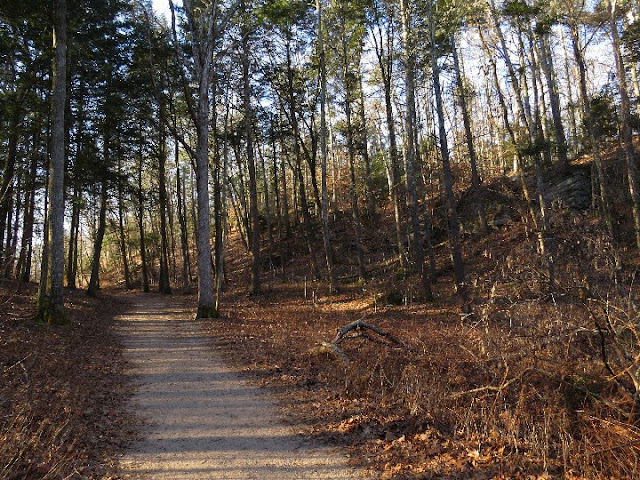 I went to one of my favorite spots this weekend, Machimoodus Park. It is a great place to go birding because you have the comfort of wide, flat, dry trails with a great variety of inland habitat. 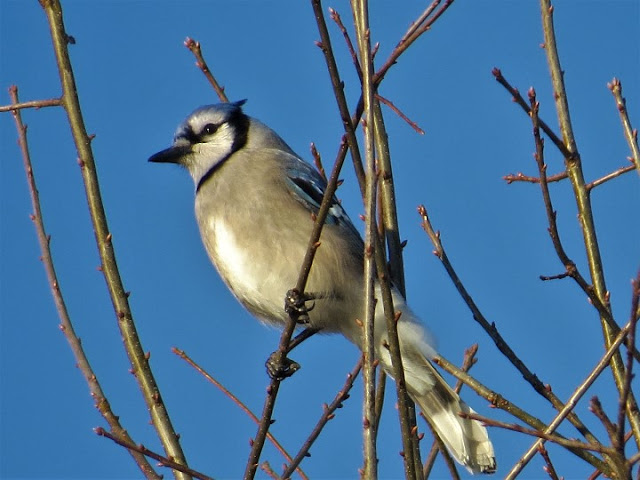 I knew it was going to be a good morning when I found a tree filled with 20 Blue Jays sunning themselves. There were also about 20 people walking their dogs.

I notice that when there is a band of Blue Jays one stays at the very top to keep a look out for the rest. 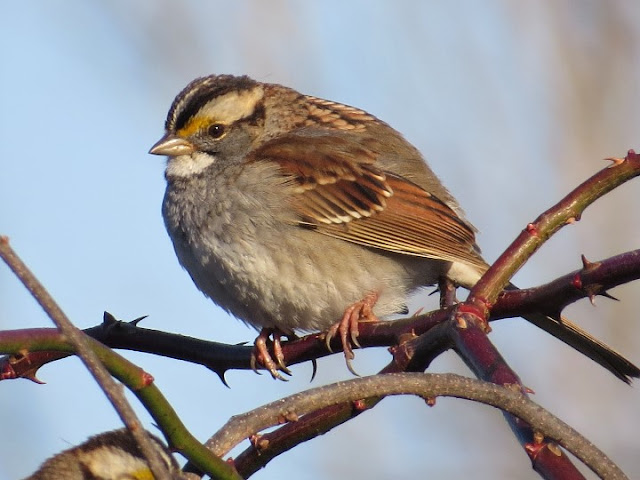 There was a host of White-throated Sparrows in a tangled bush that were also sunning themselves. We were on the same page because I was standing still and could feel the heat rising off the rocky soil as the sun was beating down. It raised the surrounding temperature by at least 10 degrees. 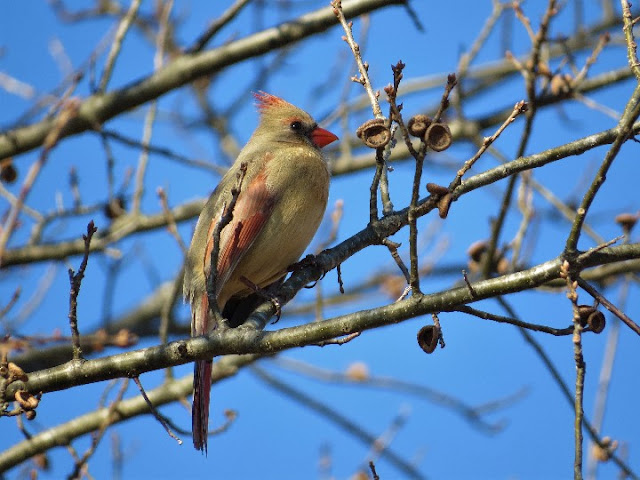 Male cardinals get most of the attention but the female cardinal has a more subtle appearance that I think is underrated. 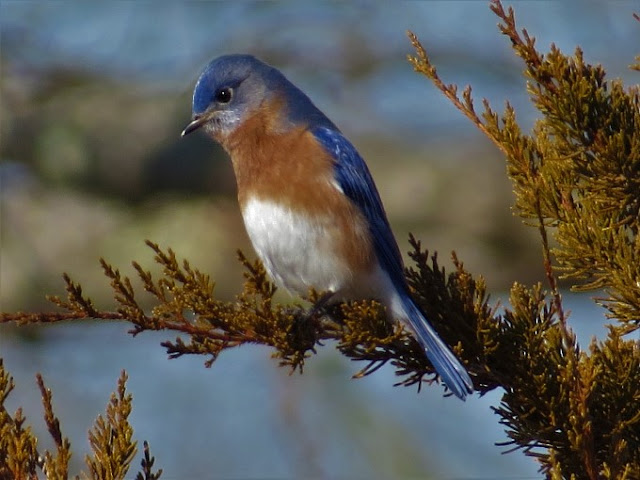 How can I ignore the bluebirds? They have thrived in this park for the last 20 years.

I think birds and humans have some things in common. Birds seem to be more bold when they are in groups with  big numbers just like people. Birds also wake up thinking about food and love to find a nice place to warm up in the winter as do people. When we go to the park they are looking at us just as we are looking at them, just for different reasons.
Posted by Larry at 2:47:00 PM No comments: 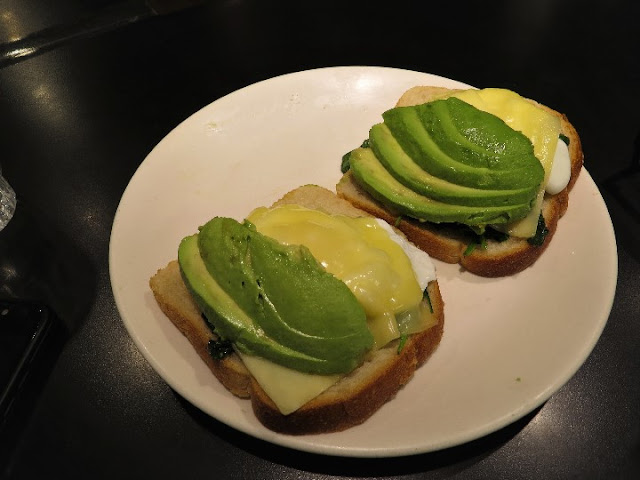 I always enjoy my morning birding excursions when I follow 3 rules. My first rule is to be early.

I'm there when the doors open at 6am for breakfast at Sarah's on Main. This morning I ordered a breakfast sandwich that was open-faced style with poached eggs, spinach, and avocado on sourdough toast. 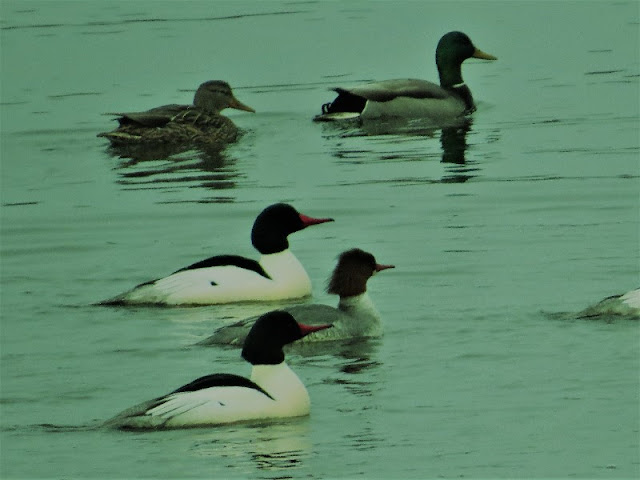 Next I followed the Connecticut River down to the fields. Along the way I saw some Mallards and Common Mergansers peacefully keeping company. There was still not enough light to show the twinkle in their eyes. 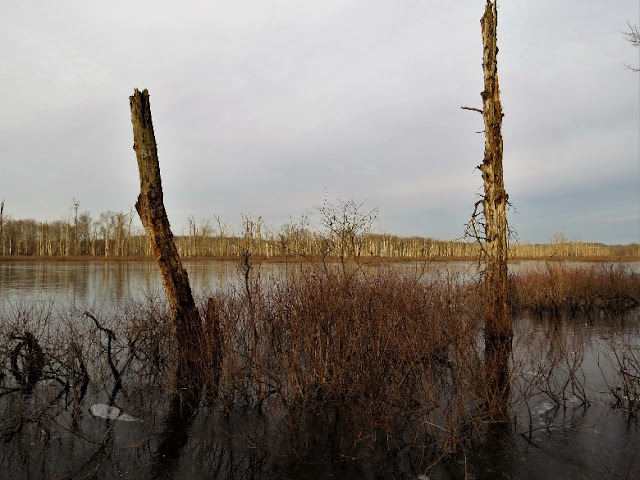 Rule 2 Be prepared: I was well prepared with my winter boots, dressed warmly, and fully equipped with all my gear, paper and pen. Unfortunately, everything all the water froze up overnight so it made it unlikely that I was going to find the teal and Wigeon that have been reported recently but being well prepared helped me to follow rule number 3.

Rule number 3 stay committed: After walking 1/2 a mile down the hill only to find a frozen swamp I could have easily just turned around and went back to the car. Instead, I stuck it out and was rewarded by seeing 3 new birds for the year: a Pileated Woodpecker far across the way in the top of one of the heron nesting trees, Red-winged Blackbirds eager to put the winter behind them, and a Yellow-Bellied Sapsucker making a squeaky call whose noise saturated the surrounding woods.

Being early, prepared and committed almost always seems to pay off when I'm birding.
Posted by Larry at 6:45:00 PM No comments:

Stopped In My Tracks By Waxwings 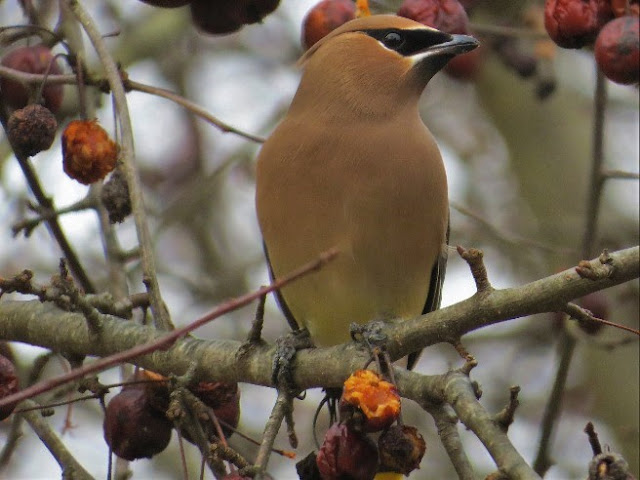 This month I've been going out early on Sunday mornings with a wish list of birds I'd like to see and a predetermined idea of where I'm going to look for them. Sometimes I never make it to those places I'm going  or see the birds I'm looking for.

On this particular morning I ran into a tree full of Cedar Waxwings. You'll usually find waxwings in a bush full of berries or a tree full of fruit. I like the way their eyes are set in a mask and that tail dipped in yellow. They are unique birds that have their own little section in the field guide. 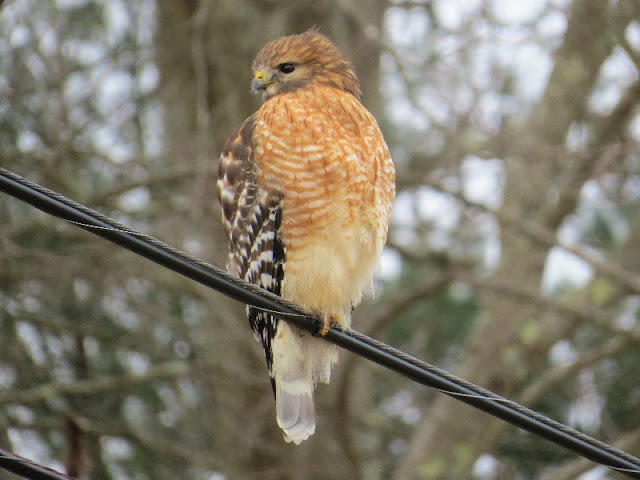 The Red-shouldered Hawks are like the Red-tailed Hawks of the country roads. The Red-tails sit up on the highway poles but the shoulders often perch on the back road wires.

I've come to realize that I may not always make it to where I'm going or see what I'm hoping to see when bird-watching. It's just as important to me to stop when a moment presents itself and not just pass by what's right in front of my face.
Posted by Larry at 5:54:00 PM No comments: