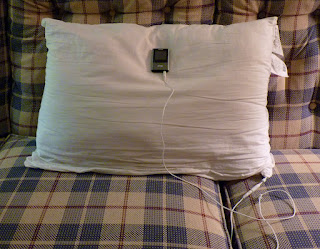 I haven't bothered keeping up with all of the latest digital technology. I use a prepaid cell phone and have never texted, tweeted or used facebook. I do enjoy using an Mp3 primarily for listening to audiobooks and podcasts. There are several birding-related podcasts available on the Internet. Two sources for birding podcasts that I've been listening to are Birdcalls Radio and This Birding Life from Birdwatcher's Digest.

I especially enjoy listening to podcasts before going to sleep but I find that it's uncomfortable laying down while wearing headphones or using earbuds. I've recently solved that problem with a gift I received from my wife. It's a pillow that has built-in speakers and plugs into your Mp3 player. I was skeptical that it would be loud enough for me to hear the podcasts through a pillow but it works as advertised. I thought for sure that I would end up breaking the cord off while moving around as I slept. I've been using it for 3 months now and it's still working well. The product is available on Amazon along with customer reviews.
Posted by Larry at 6:36:00 AM 11 comments: 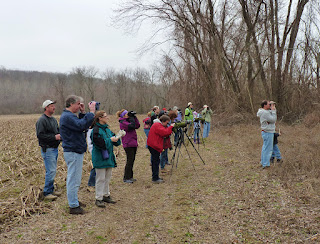 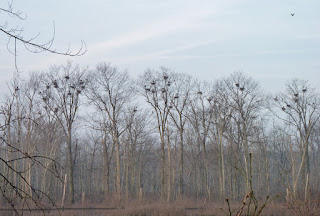 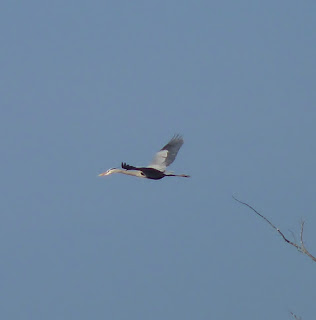 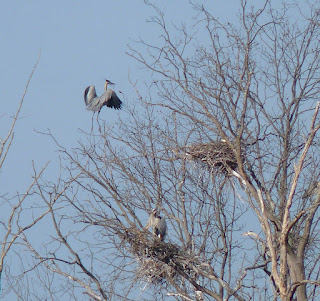 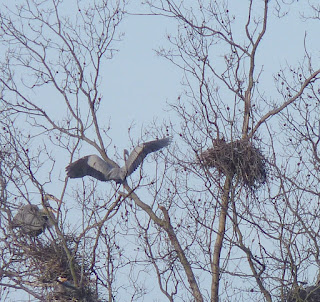 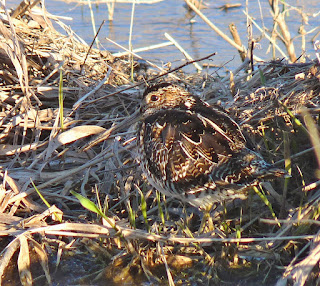 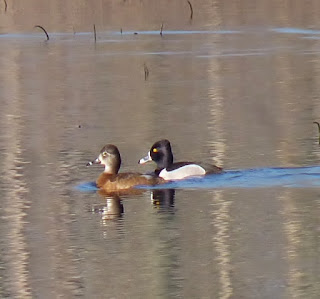 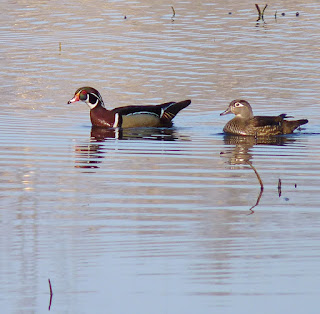 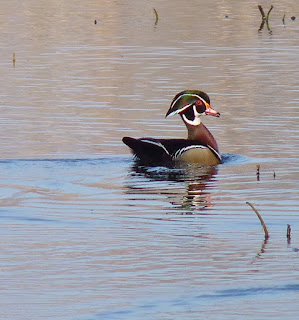 but the male Wood Duck still insists on being the star of the show.
A few other notable birds seen on the trip included: Pileated Woodpecker, Belted Kingfisher, Peregrine Falcon, Tree Swallows, Eastern Phoebe, Bald Eagle (on nest), Osprey, and Eastern Bluebirds.
It turned out to be a great day of birding, especially for March!
click to play
Some of the nests blew down during last year's storms but there are still dozens of them.
Posted by Larry at 7:49:00 PM 15 comments: 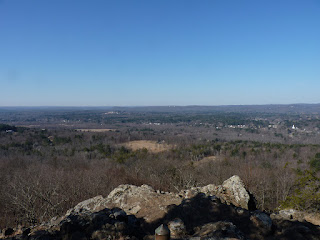 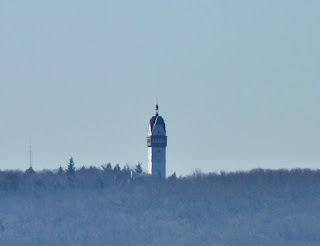 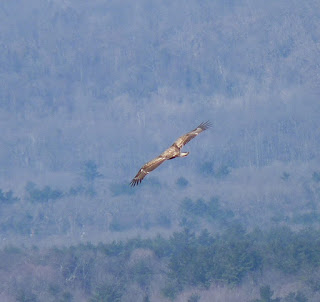 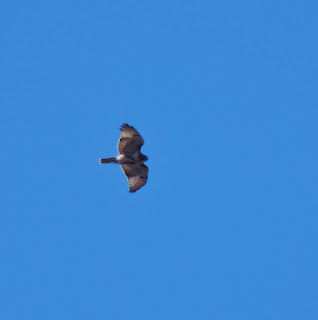 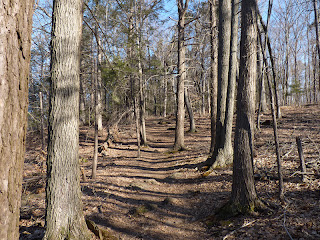 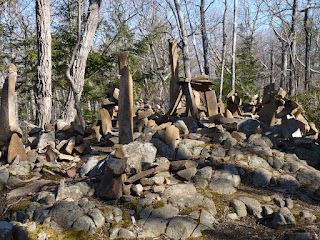 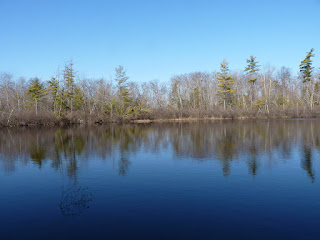 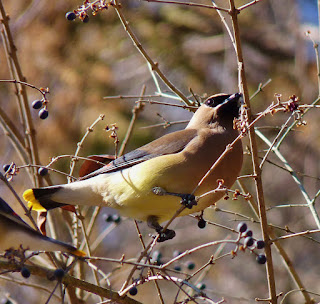 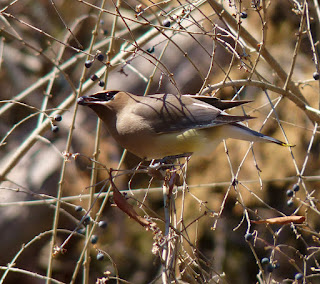 They were in a frenzy trying to devour the berries on this bush!- (does anyone know what kind of berry bush it is?). The waxwings stayed in the same area for at while. People who passed by me were curious as to what I was pointing my camera at and were impressed by the waxwings when I pointed them out.
This is a good park to visit during spring migration. I've never hiked up to the overlook before but a few years ago I saw a Kentucky Warbler here. They can be difficult to find in Connecticut.
click to play
I intend to visit Penwood Park at least a couple of times in April. I'll look for incoming broad-wings and whatever else the wind might carry in. Past records indicate there is the potential to see several hundred hawks pass by here but even if I only see a few it should be a nice way to enjoy as Spring Day.
Have you ever tried hawkwatching in Spring?
*Note: If you live in Connecticut there is a 1990  book by Gene Billings titled:
"Birds of Prey in Connecticut Guide to Finding and Understanding Hawks, Eagles, Vultures and Owls" It is available through the library system or there are used copies on Amazon. It's probably a little outdated but I found some of it interesting.
Posted by Larry at 5:59:00 PM 7 comments: 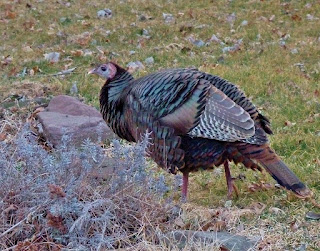 This Wild Turkey hen has been visiting our us for several months. It roosts in a large yew tree in our back yard at night. We see it every morning  eating seed beneath the birdfeeders. I've also seen it eat plants from last year's garden and berries from the holly bushes. We are amused when we see it run quickly across the open yard as if it were being chased.

The strange thing about this bird is that I've never seen it with any other turkeys. I say strange because I'm used to seeing turkeys in groups numbering from about 10 to as many as 50 . This one has been solo  since November. I believe the mating season starts some time around March or April so I'm curious to see if she will be moving on soon. 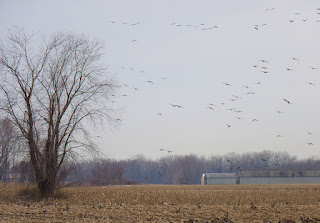 I haven't been doing much birding recently but I did get one thing out of the way. There has been Pink-footed Goose reports by the dozen for months now. I finally got around to seeing one at a field in South Windsor. Several other birders were there and were kind enough to point it out to me. Can you see it out there in the field with the Canada Geese? It has a little scratch on its left foot. A picture was out of the question but I was glad to finally see one. Now I don't have to keep reading about Pink-footed Geese on the daily bird report trying to decide if I should go look for it.
Posted by Larry at 6:02:00 PM 6 comments: