Stopping For Pileated Woodpeckers Only 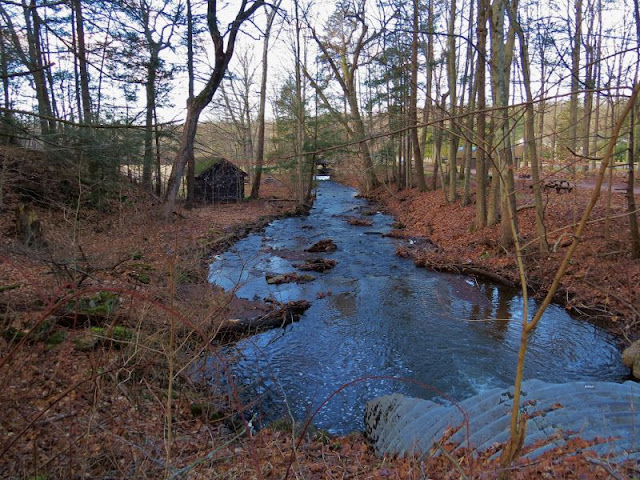 I decided to work off a few holiday calories with a brisk Christmas day hike through Wadsworth Park. I did have my camera and binoculars but vowed not to stop unless I came across an owl, a rare bird,or a Pileated Woodpecker. 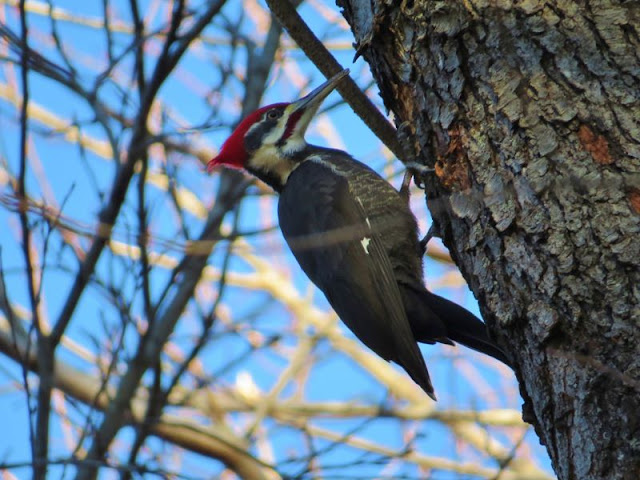 Well, so much for the exercise. I actually encountered 3 Pileated Woodpeckers. They had a loud squabble and 2 of them flew off.  This photo shows how woodpeckers use their tail for balance. 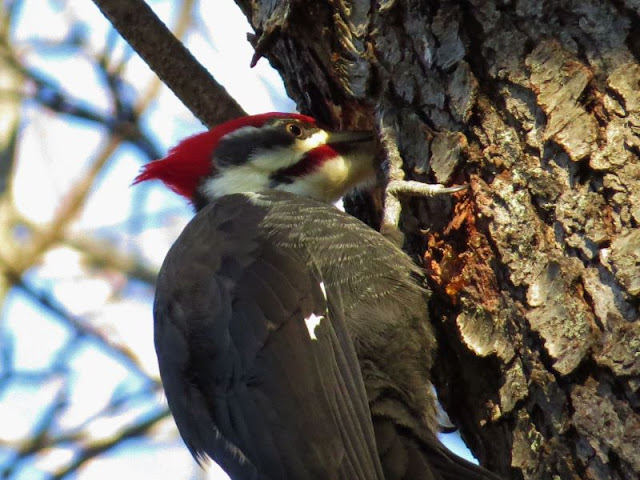 You can tell this is a male by the red malar stripe and the entirely red crest. Pileated Woodpeckers are the largest woodpecker species in Connecticut  at about 16" in length. 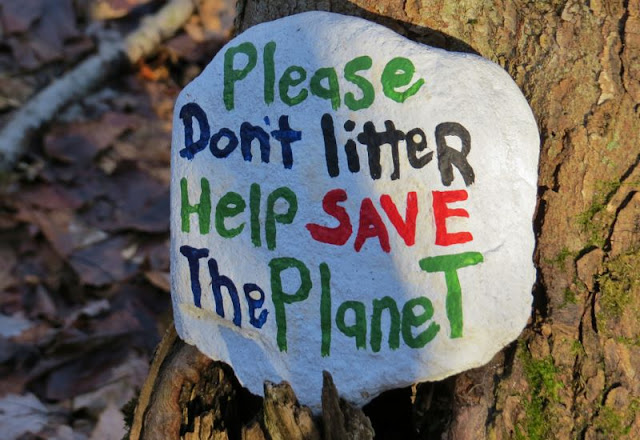 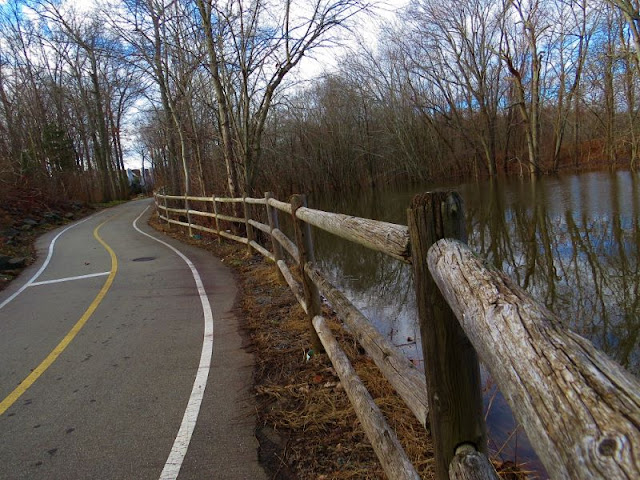 I usually think about fields and woodland out in the country as my ideal birding spots. I tend to dismiss places that are in an urban setting.

There is one area that I've driven by numerous times that  caught my eye. It is a trail that follows a river which floods the surrounding woods. It is sandwiched between condominium complexes and the highway.

Today, I decided to park my car in a plaza then I snuck under the highway to pick up the trail. 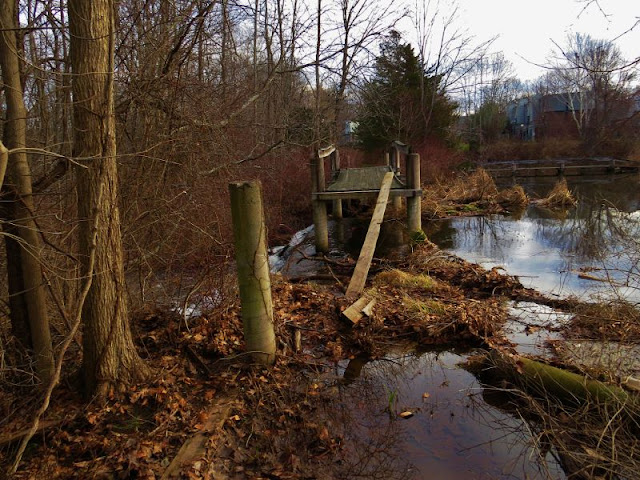 Once I started walking the trail I noticed nice pockets of habitat along the way. 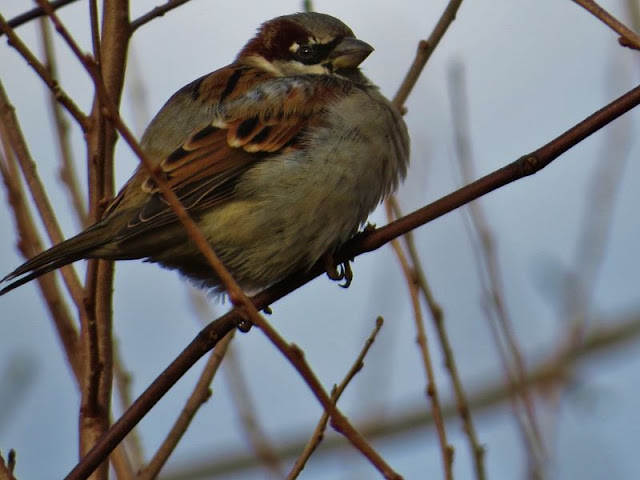 Of course, you would expect to find house sparrows in an urban area as well as common woodland birds like titmice,chickadees, woodpeckers, and wrens. 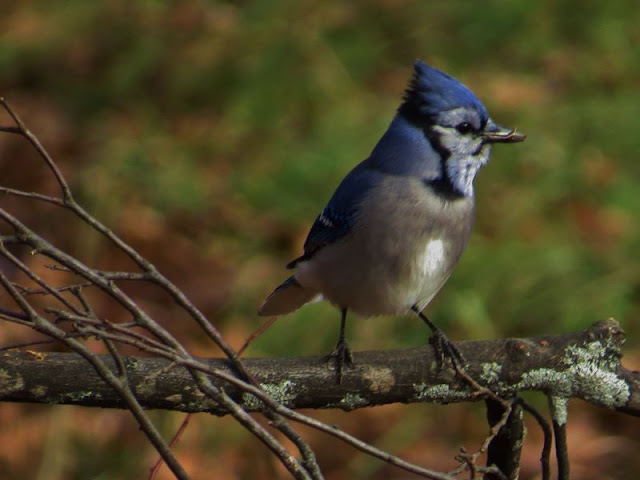 There were plenty of noisy Blue Jays patrolling the area. This particular Blue Jay was doing a first rate impression of a Red-shouldered Hawk. 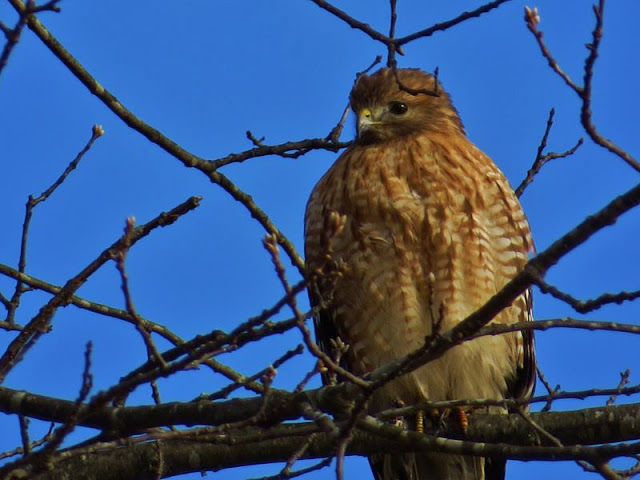 I have to wonder what the Red-shouldered Hawk thought about the Blue Jay's imitation?

The walk was a reminder to me that birds don't judge habitat the same way we tend to. While we might complain about how much land is being developed,  birds are just interested in finding  food and shelter.
Posted by Larry at 11:58:00 AM No comments: 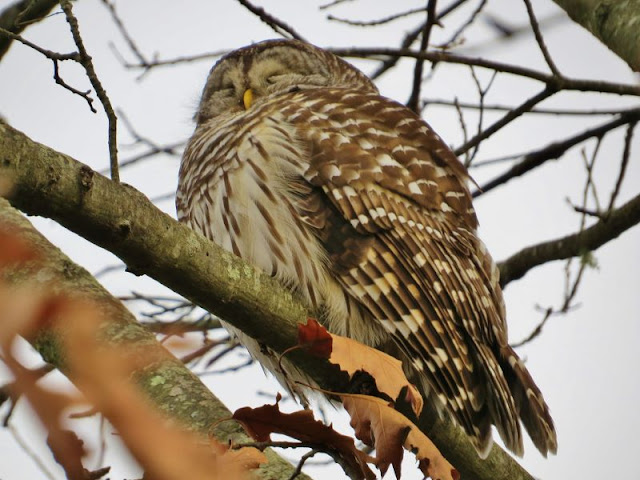 December has been a slow birding month for me so far. I've been reading the local eBird lists and noticed that birders have noticed that the species lists have dropped down to 10-20 species per outing.

One reason I prefer fishing to birding is that I've never been "skunked" while birding. there have been many times that I've gone fishing and didn't even get a bite but I always see at least some birds. The other day I caught a Barred Owl napping in a tree. 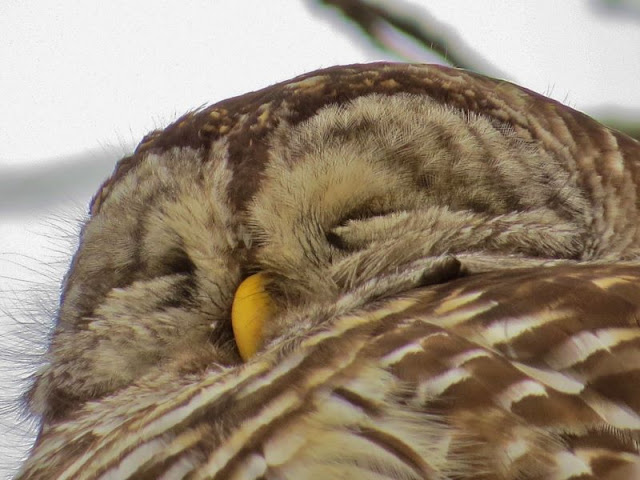 I must admit that I was disappointed that it wouldn't open his eyes.I realized that the eyes of an owl are what give it that mystical appearance. 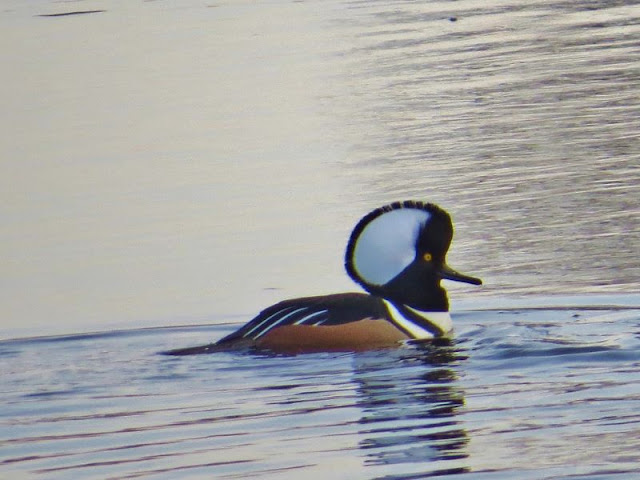 One thing I enjoy about winter birding is seeing the return of winter ducks like the Hooded Merganser. 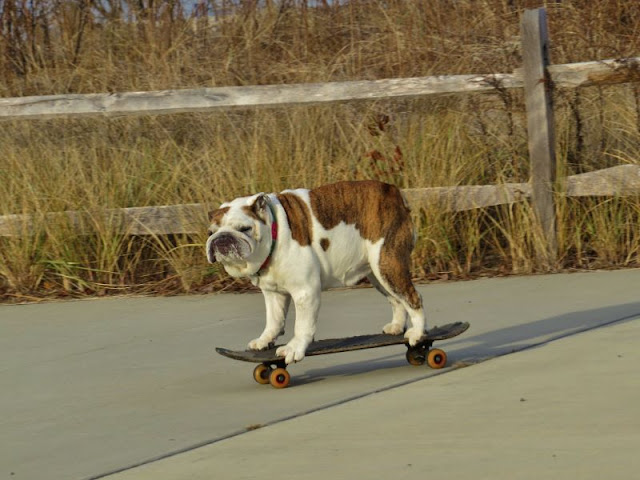 This dog on a skateboard stopped me in my tracks. It wasn't just standing on the skateboard but actually propelled itself by using one of its feet.I wish that I had the chance to make a video!
Posted by Larry at 8:17:00 AM No comments: 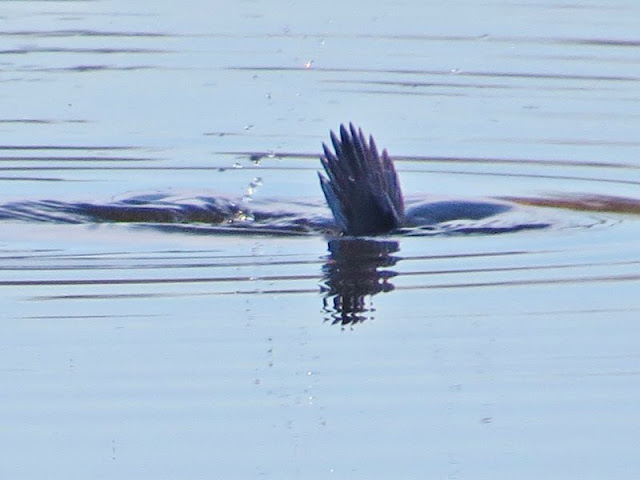 I spent 20 minutes trying to get a picture of a Bufflehead that seemed to only take 2 seconds between dives. I kept on missing the shot and then when I finally got a photo the lighting was no good. I felt like Curly from The Three Stooges when he was trying to eat his oyster stew. 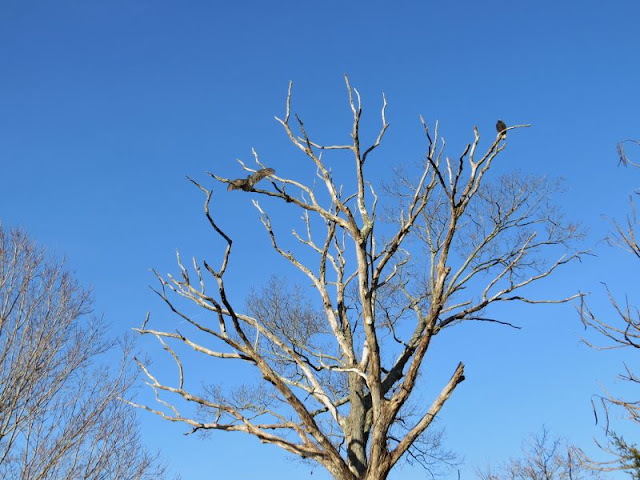 Turkey Vultures may not be the prettiest birds on the planet..... 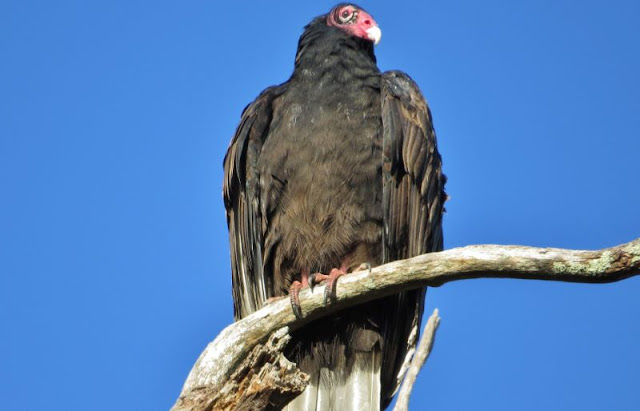 ....but at least they stay still long enough to take their picture. 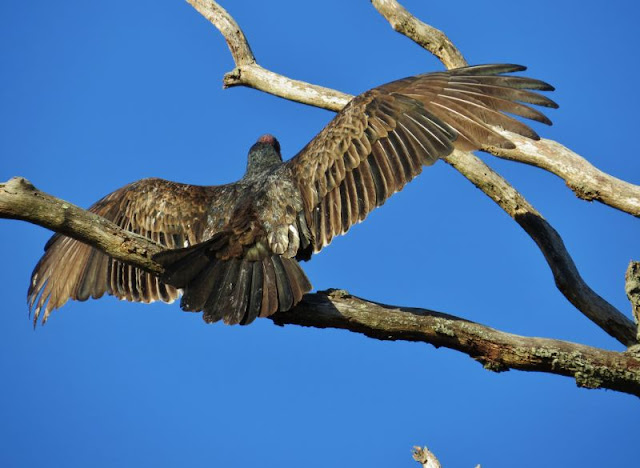 I think they look a little better when they're facing the other way.
Posted by Larry at 11:52:00 AM No comments: