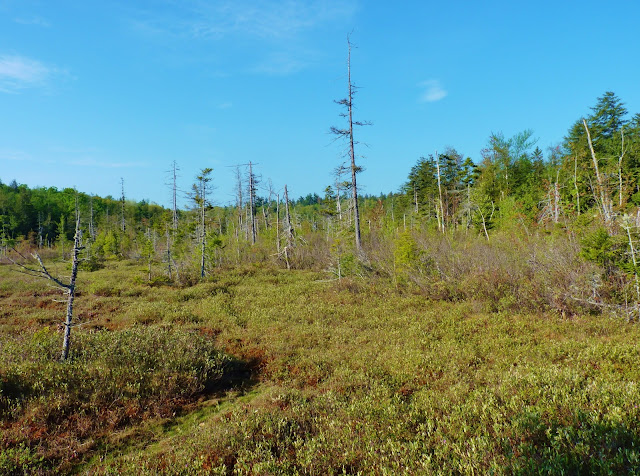 Before visiting the Berkshires I asked some western Massachusetts birders if they knew of any good places to check out near the Mowhawk Trail. One of the locations I chose to visit was Hawley Bog. There were numerous Black-throated Blue and Black-throated Green Warblers along the wooded trail leading to the bog. It might just be my imagination but the BT-blues seemed to have a Massachusetts accent.

I was told that Hawley is known more for rare plants than it is for birds but there is something about wild natural places that fascinate me. It has a 30 foot thick condensed layer of peat floating on water.

As I walked along the boardwalk trail, unseen warblers and flycatchers were singing in the surrounding vegetation. The first warbler to reveal itself was Chestnut-sided Warbler, quickly followed by a Northern Waterthrush. I recorded the sound of one secretive warbler that I later determined to be a Canada Warbler. 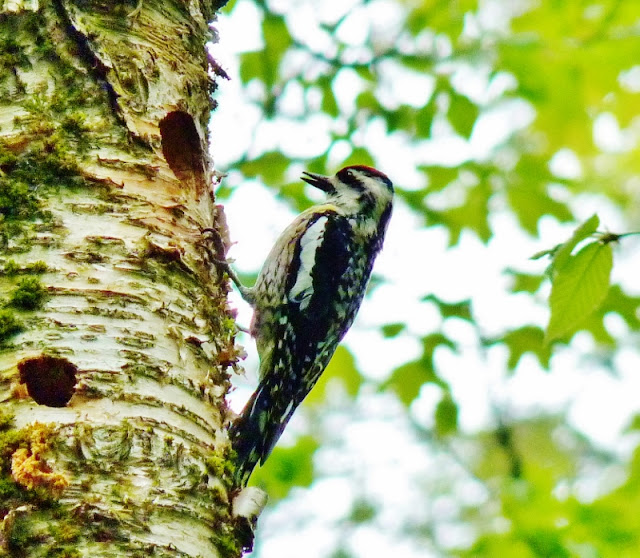 If I had just walked out to the end of the boardwalk and came back then I would have only seen a limited number of species but a special habitat like this requires time and patience before it reveals its secrets. Instead of walking around I chose a couple of select places to sit, watch, and listen. It payed off with some sightings of birds that landed near me instead of flying away from me (Yellow-bellied Sapsucker photo). 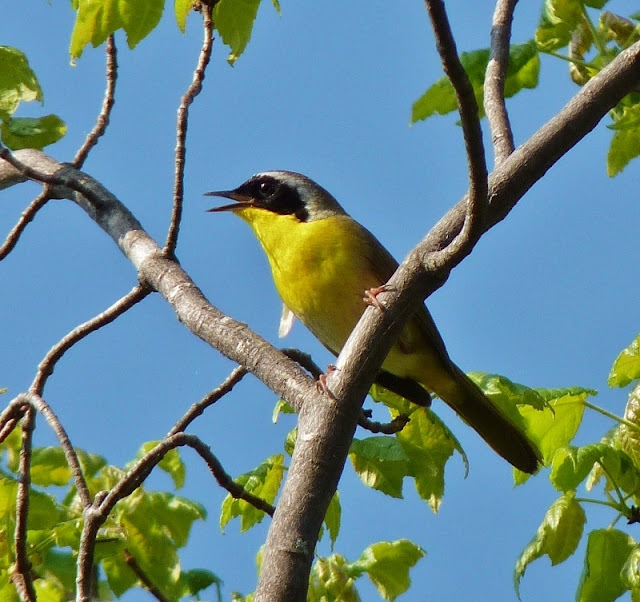 A Common Yellowthroat may be common but watching a brilliant colored male singing from a branch above your head is a rewarding experience in my book. 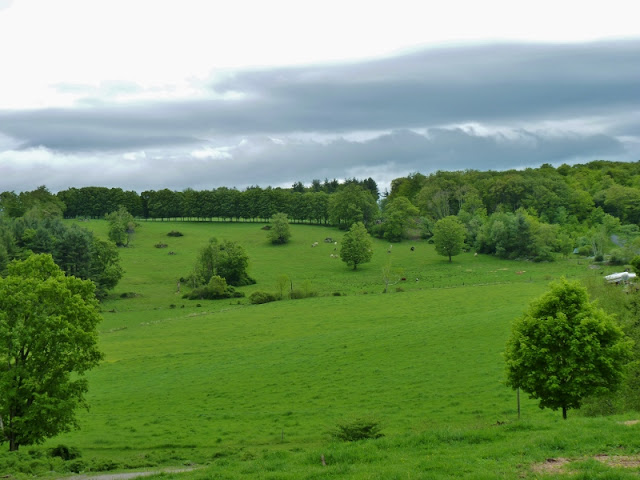 Another place suggested to me was High Ledges Wildlife Sanctuary. I only wish  I was able to spend more time there because there were a lot of trails left to be explored. One of the trails led to this scenic farm. 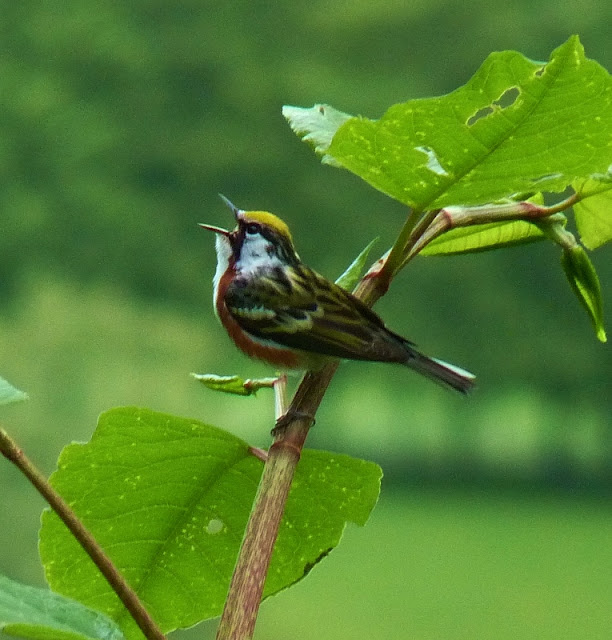 I wasn't sure if the farm was open to the public so I turned around and out popped a Chestnut-sided Warbler singing pleased-pleased-pleased-to-meet-you! 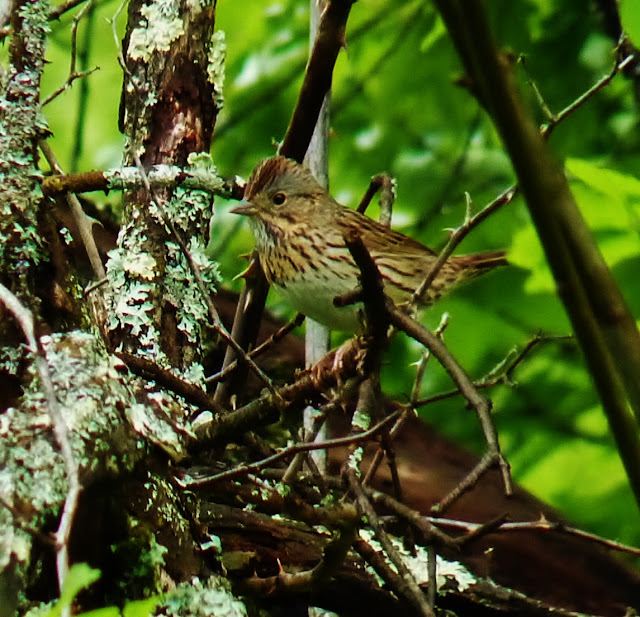 I also had a surprise encounter with a Lincoln's Sparrow which is an uncommon sighting in Connecticut. I'm not sure what their numbers are in Massachusetts.
Here's a short video of a proud Common Yellowthroat singing his famous song. A Chestnut-sided Warbler can also be heard in the background.