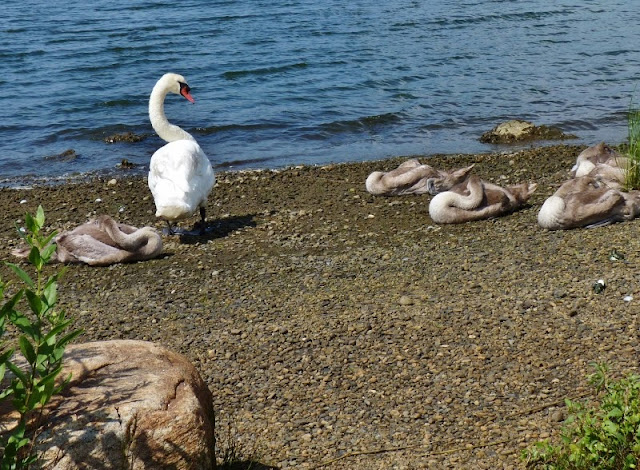 "Okay hold that pose for 10 minutes or until you're too tired". 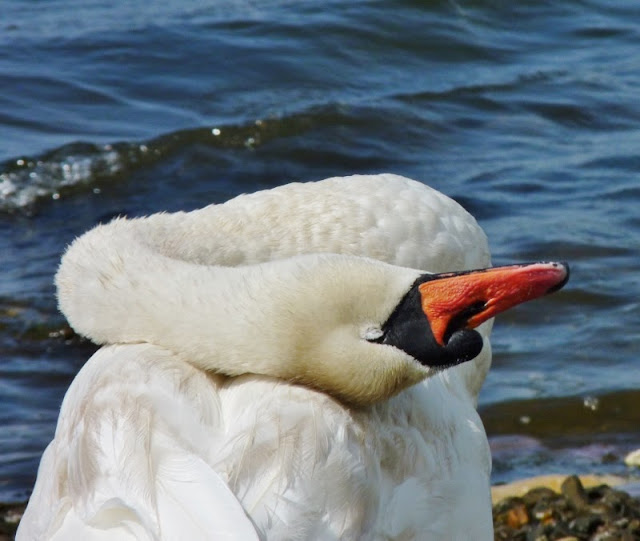 " I'm going to introduce you a couple of new poses now-first one goes like this". 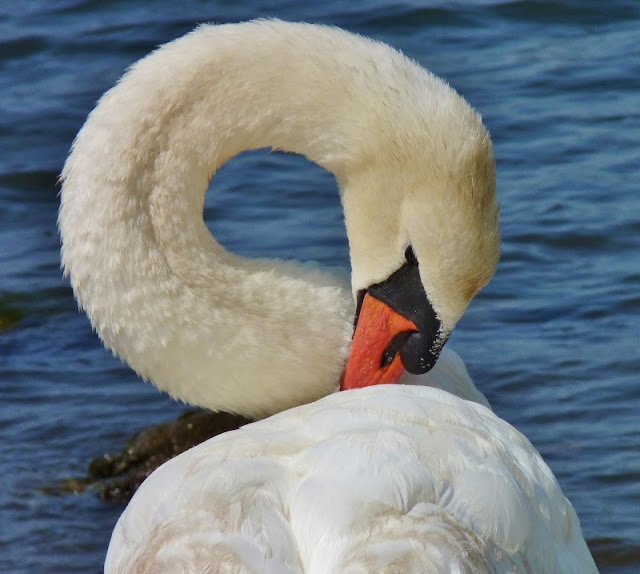 "And I like to call this one the powdered donut". 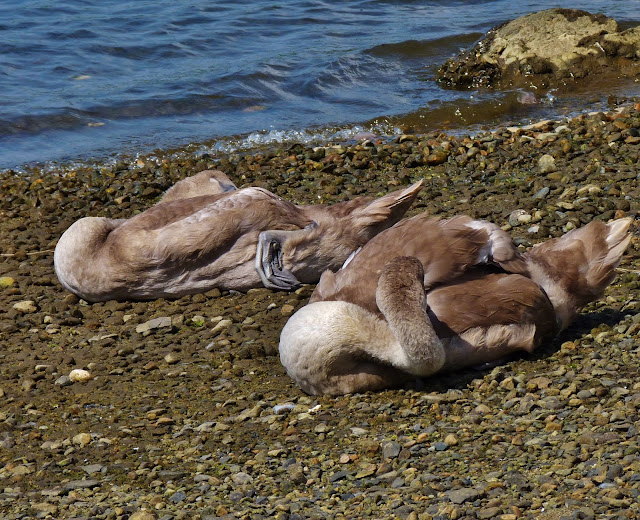 They've got a lot to learn but you've got to give them credit for trying!
Posted by Larry at 6:51:00 PM 7 comments:

Osprey On Railroad Bridge Got His Stick Stuck 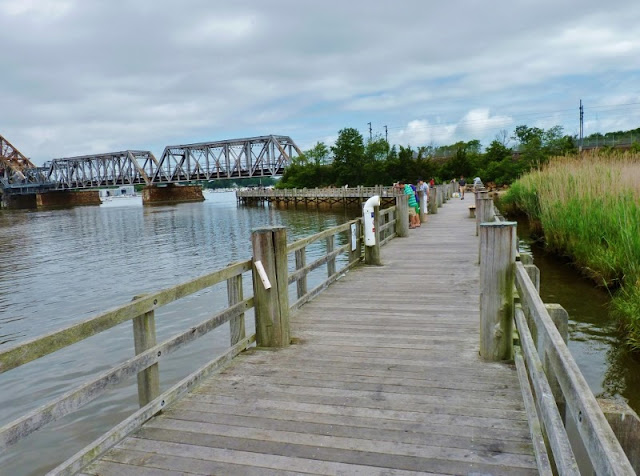 I decided to take a ride down toward the shore for a little bit of early morning birding. We have been in the midst of an extended heat wave here in Connecticut so I have been keeping my birding excursions casual and brief.

The photo is of the DEEP dock in Old Lyme which is situated near the mouth of the Connecticut River. It's not what I would call a premier birding spot but it's free and has great accessibility with a nice, long boardwalk. Most of the people there were either fishing or catching blue crabs. I did a brief survey of the area and found Barn Swallows, Mallards, various gulls, Marsh Wrens, and Cormorants. 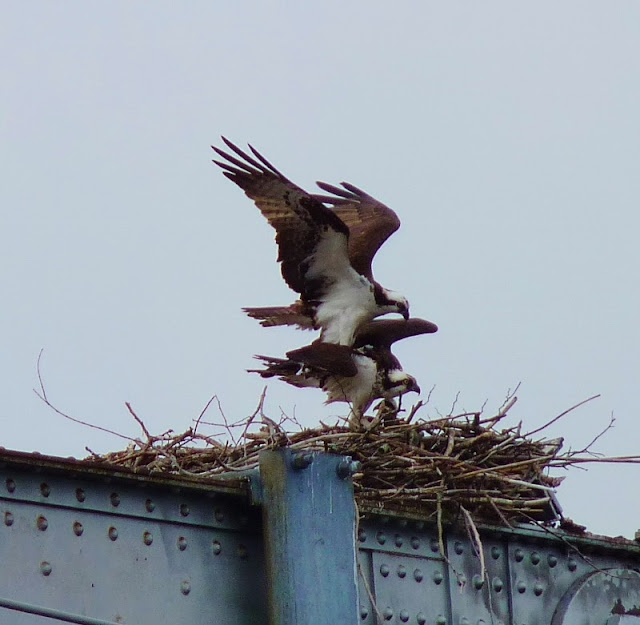 I noticed that some Ospreys had built a nest on top of the railroad bridge and they seemed to be quite active so I watched them for a while. 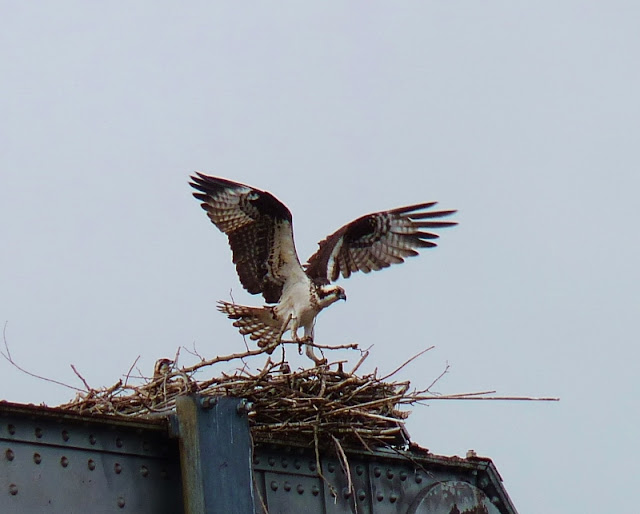 At one point one of the Ospreys flew in with a large branch to add to the nest. 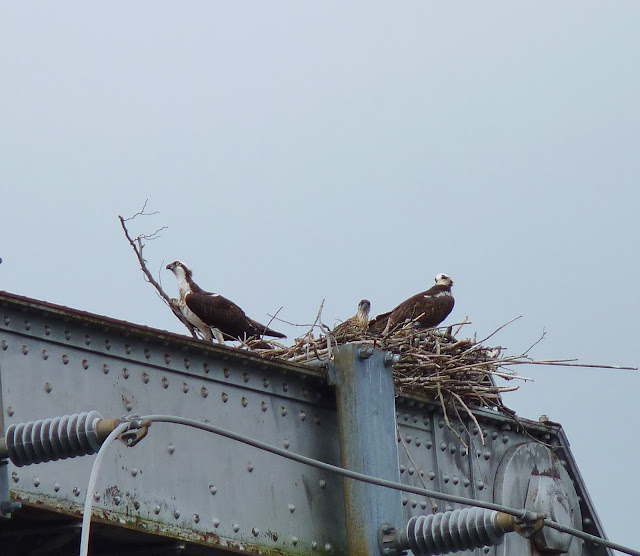 Some how the branch got stuck in part of the bridge when the adults were trying to arrange it into a desired location in the nest. 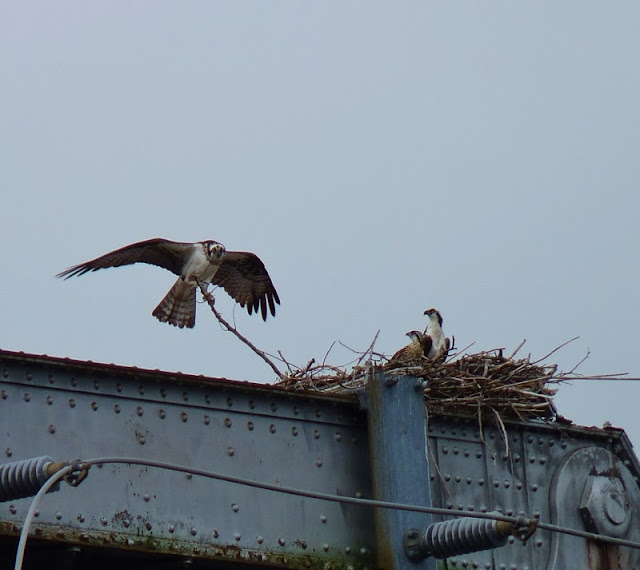 Come on now-give it some more wing power! 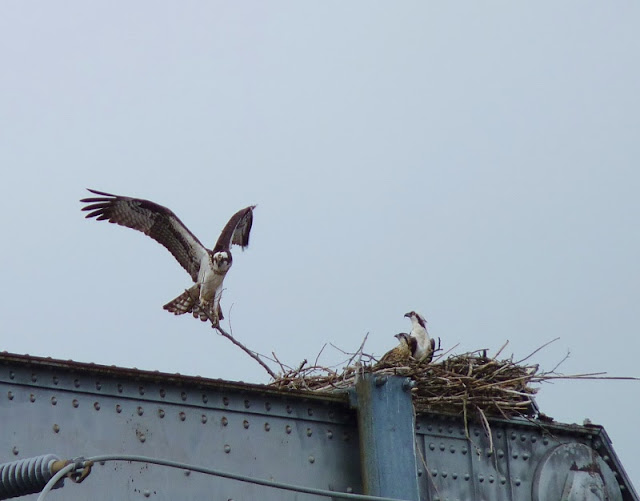 There was a lot of Osprey squawking going on as it tried to yank that branch out. I wonder if they have their own version of curse words? 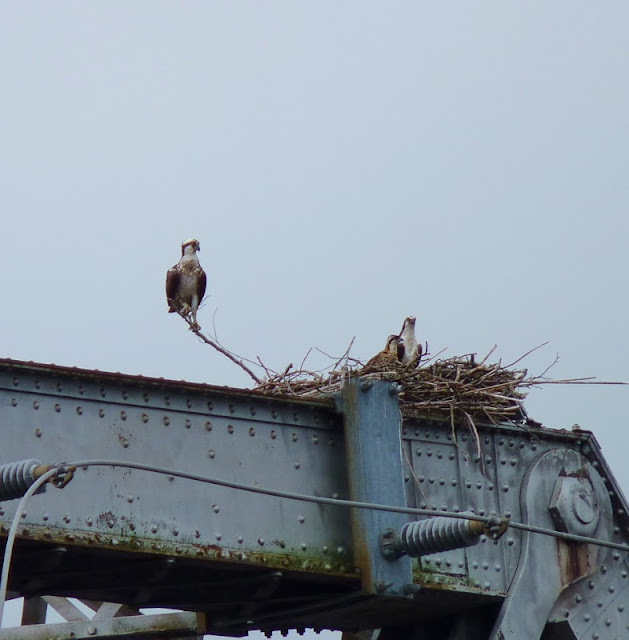 Oh what the heck-might as well use it as a lookout branch.
Posted by Larry at 3:20:00 PM 6 comments: 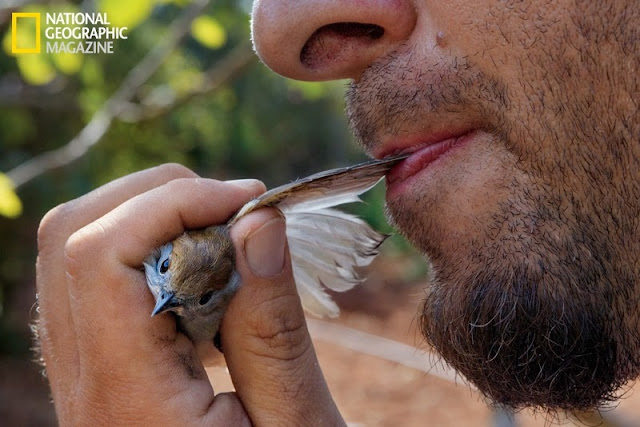 Here is a link to a short but compelling video featuring photographer David Guttenfelder: http://ngm.nationalgeographic.com/2013/07/songbird-migration/lime-stick-video
Posted by Larry at 6:49:00 PM 3 comments:

5 Excuses For Getting Stuck In A Muddy Blog

It's been quite some time since I've posted on my blog. I don't need  plan blogger breaks because they just happen. Once I stop posting it's difficult to get started again. It almost feels like my feet are stuck in the mud. Well, I need to post something to get the ball rolling again so here it is:

5 Excuses For Getting Stuck In A Muddy Blog: 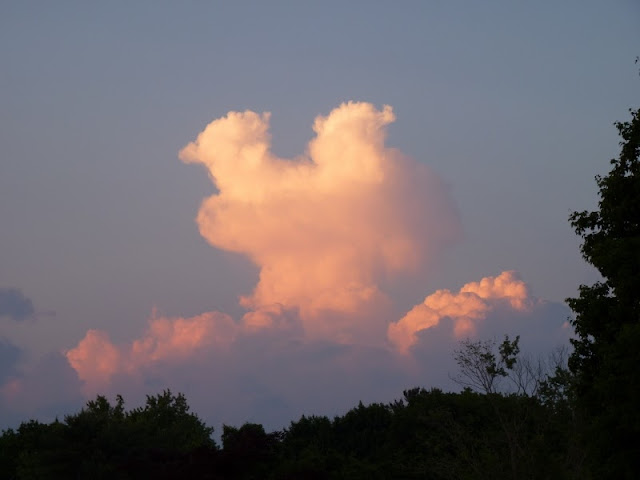 1) A giant cloud has been following me and watching my every move-It's hard to go birding and take photos when your being followed by a giant cloud equipped with giant antennae! 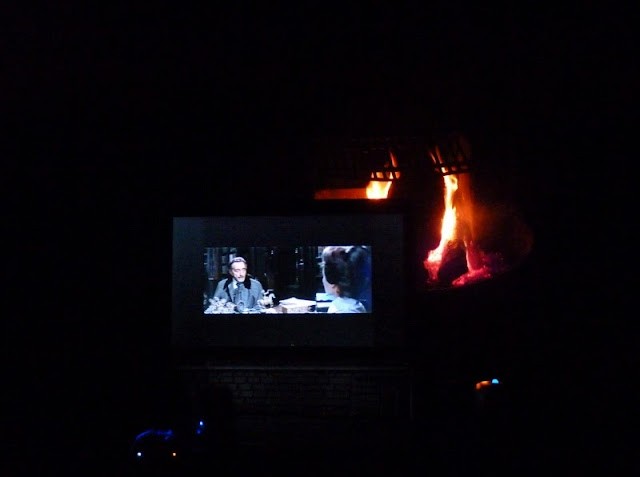 2) I've found a new hobby; watching outdated movies by campfire-Yes, it's hard to do a blog post when your laptop is busy playing old movies by the campfire. 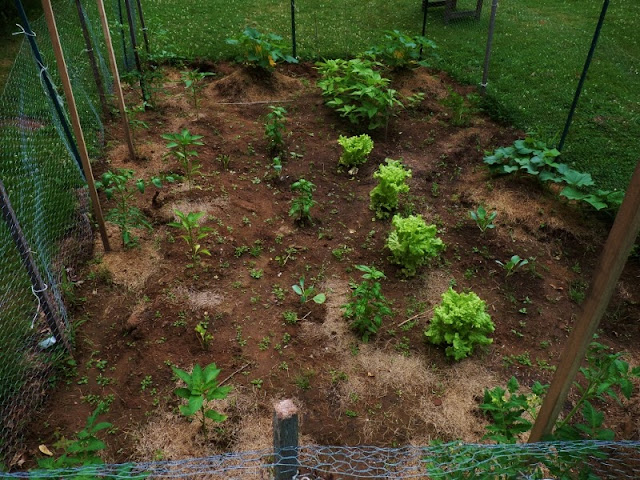 3) I've been busy gardening-Honest, I was going to do a blog post the day I started my gardens!  So far I've been eating the leaf lettuce but I can't wait for the tomatoes and cucumbers. 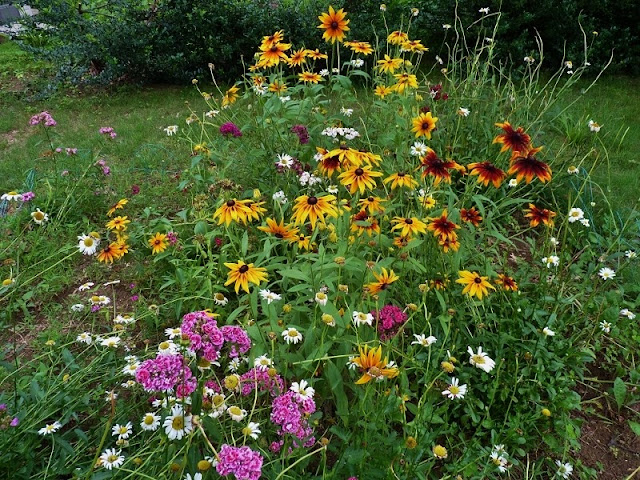 4) I've been getting all my undesirable yard chores out of the way- I had to clean my siding, trim the hedges and shrubs, clean the gutters and all that good stuff. I'd rather be birding but you have to deal with hose things sooner or later. It's hard to go birding with a clear conscience when you know there's work to be done. The flowers are from a $1.00 packet of wildflower mix that I threw down where my old shed used to be. 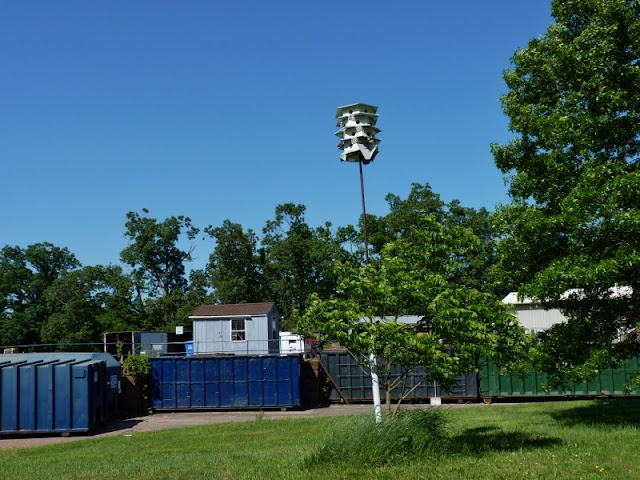 One of the surprises came when I was hauling down brush to the dump. 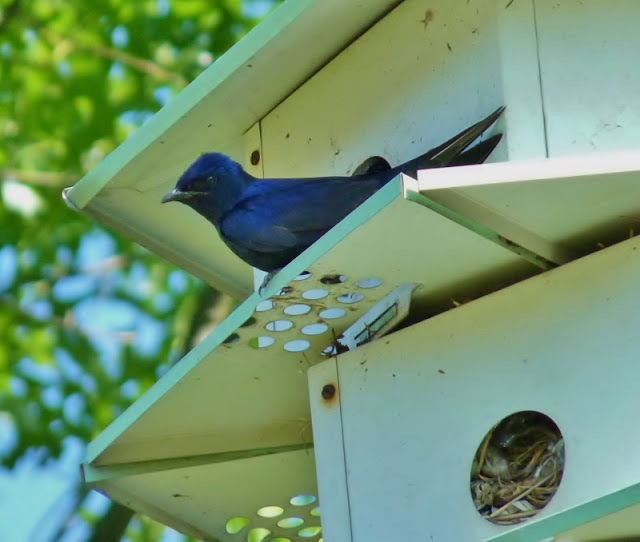 So often, I see Purple Martin Condos filled with nothing but starlings and House Sparrows. This time there really was Purple Martins occupying the condo units. It was a nice surprise to find them at the dump of all places! 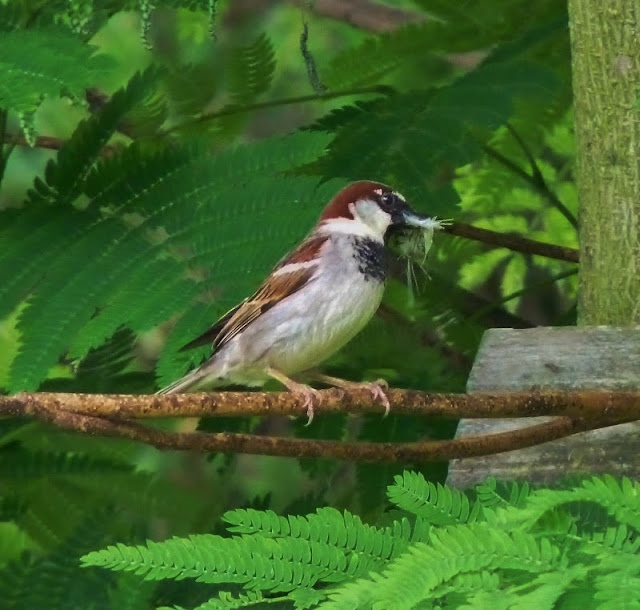 5) I decided to take up a study on House Sparrows-After finishing all of my yard-work I took a little time out to watch the yard-birds do their own house chores. House Sparrows are despised by many birders but I hold no grudge against them. They're just trying to survive like any other creature on this earth and they never asked to be transported to America.

The real reason that I tale a long time between posts at times is either that I don't have pictures that I'm happy with or that I don't have the ambition to follow through with ideas that I might have.  Hopefully I've freed myself from the muddy blog and can continue on my journey once again.