Birds Of Wisdom Are Up At Dawn 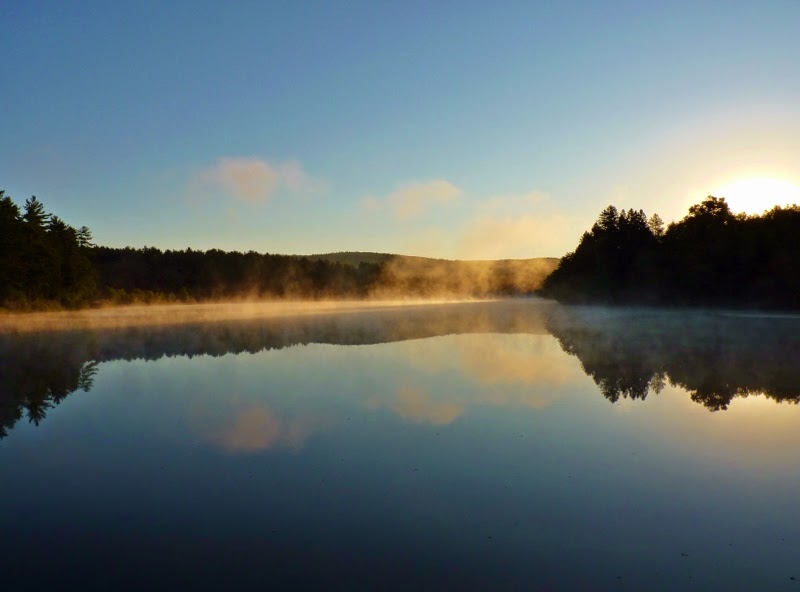 I've found that one of the surest ways to have a special experience is to arrive at your birding destination before dawn. 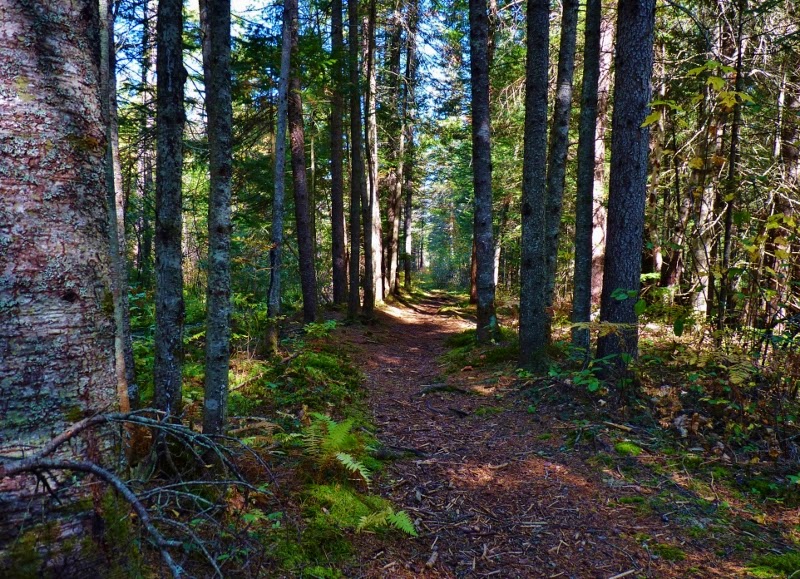 I believe that nature has doors to secret rooms that are locked once the whir of the human machine starts to permeate the atmosphere. 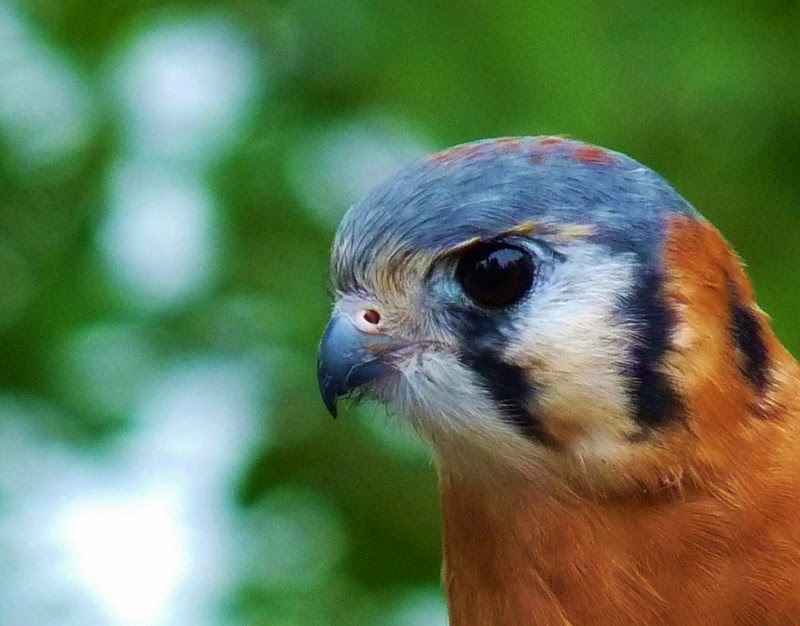 If you find a special place at the right time of day it can be pure magic.You are no longer just watching birds but existing in the same space connected in spirit by the same miracle of life.
(above photo of American kestrel) 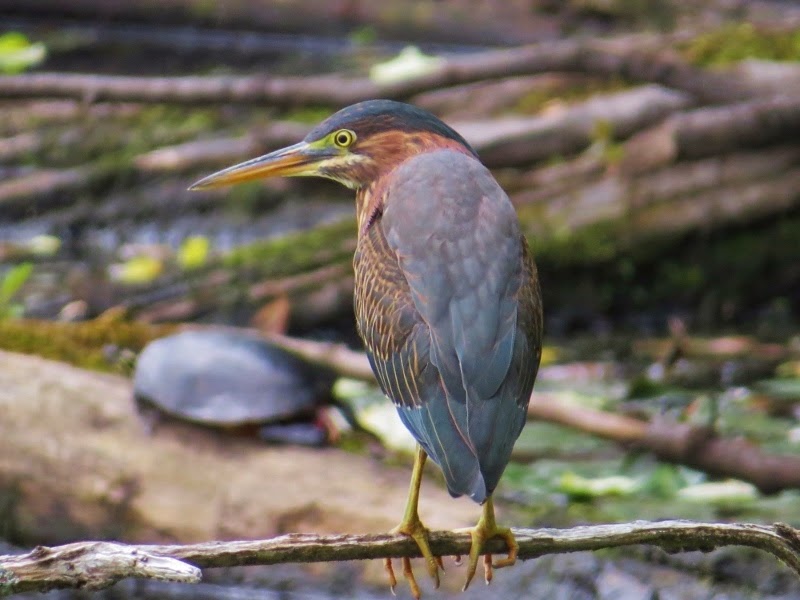 Time seems to stand still as you look into the eyes of a motionless Green Heron and wonder- what's he thinking? 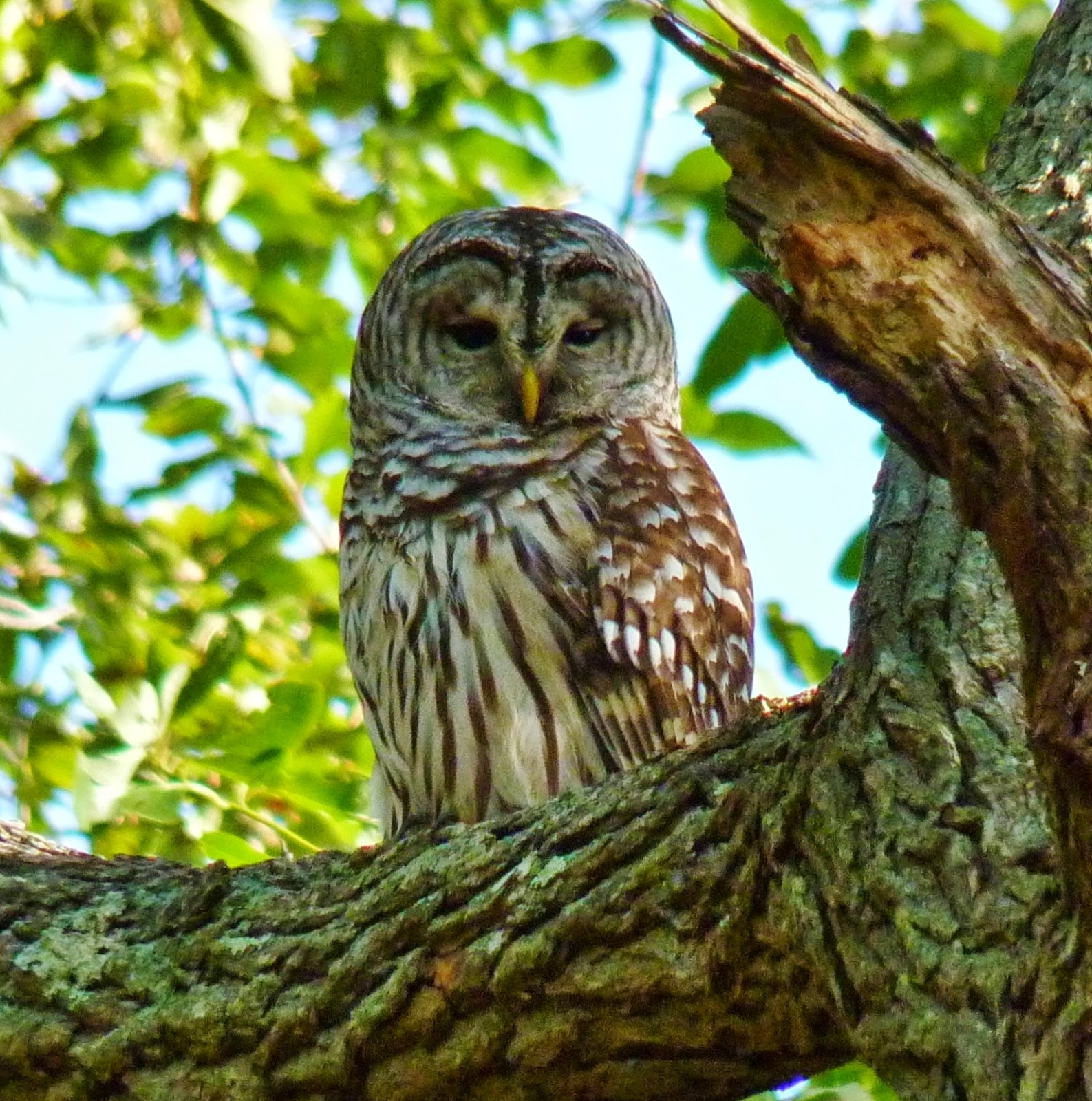 "Don't worry about what you can't do or haven't done yet-focus only on what can be done right now" says the wise old owl (Barred Owl ).
Was the owl offering me advice about one of life's challenges or was the Great Spirit using the owl as a conduit for communication?

Answers to questions such as that are best contemplated while you are deep in the woods at sunrise.
Posted by Larry at 7:31:00 PM 9 comments:

88.2 % Of Birders Suffer From Birding Boredom 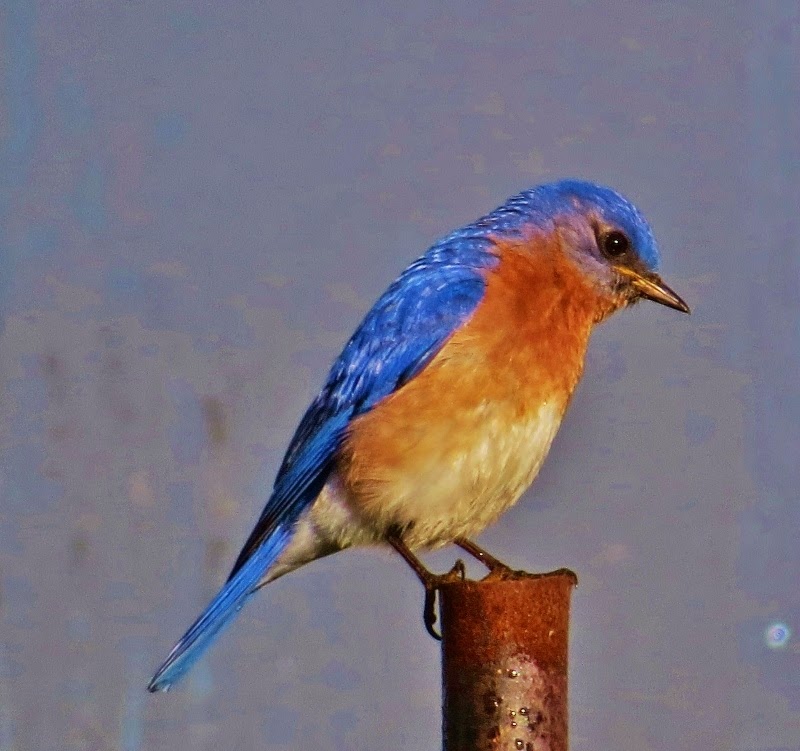 It has been determined that 88.2% of birders suffer from birding boredom at some point during the year. During these periods of boredom, even the brilliant beauty of an Eastern Bluebird can be taken for granted. For me, It's usually after the excitement of Spring migration is over during the dog days of summer that I'm bitten by the birding- boredom bug. A lot of it has to do with humid conditions and excessive green foliage that make for less than pleasant conditions for active bird watching.

Here are a few things that I do this time of the year that help to offset my birding blahs:

Those are just a few suggestions but the main point is that if you find that you are one of the 88.2% of birders who have suffered from birding boredom then it may be time to mix it up a little. So where did I come up with my statistics you might ask? Well, there's a 99.3%  chance that I might have made them up.
Posted by Larry at 7:58:00 PM 5 comments:

Historical Main Street To Birds By The River 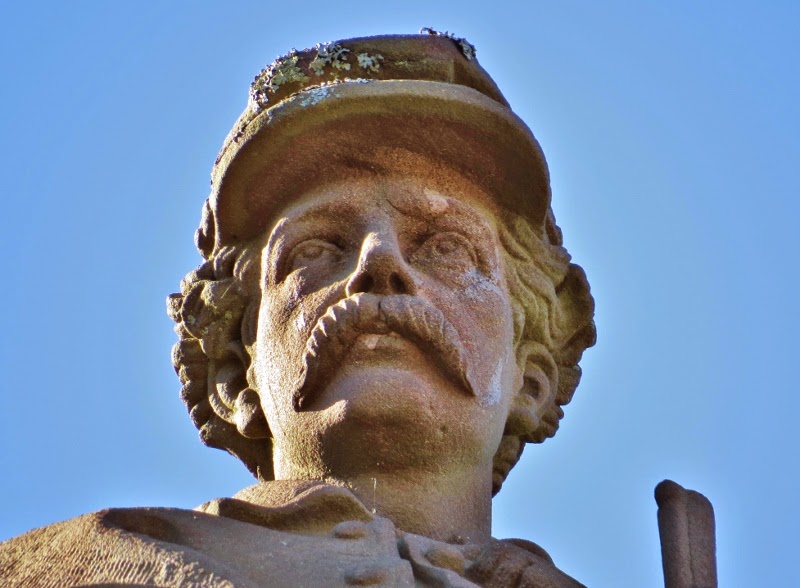 Once in a while I like to let my bike choose my birding trail. This time I started heading down Main Street in Portland and found myself checking out some historical sites along the way. I stopped for a break at our local civil war heroes monument.The brownstone is weathered and there are lichens growing on the hat but it's in decent shape considering it was erected in 1872. 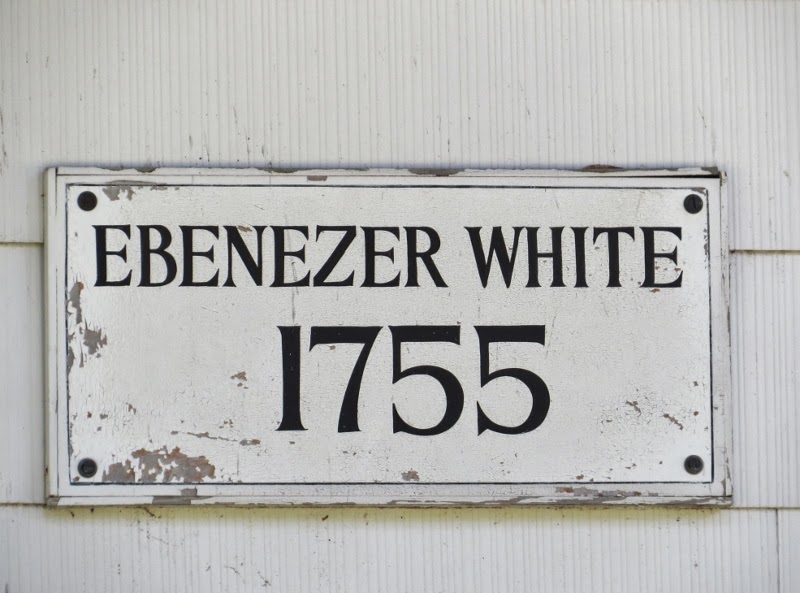 There are plenty of old homes and building on Main Street in Portland. I enjoy reading the names and dates. Ebenezer might have been a cool name back in the day but I don't think there are too many Ebenezers around now. 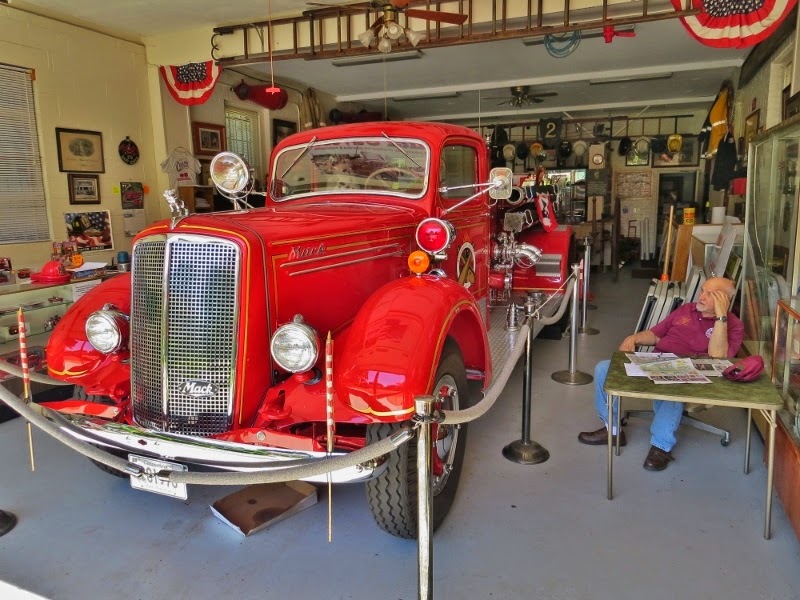 I made my first visit to the fire museum and talked to Sal about his fire truck. He found it abandoned and rusted out in a field and It took him 12 years to restore it.

With a little imagination it almost feels like you're time traveling when you visit historical sites and talk to some of the old timers. 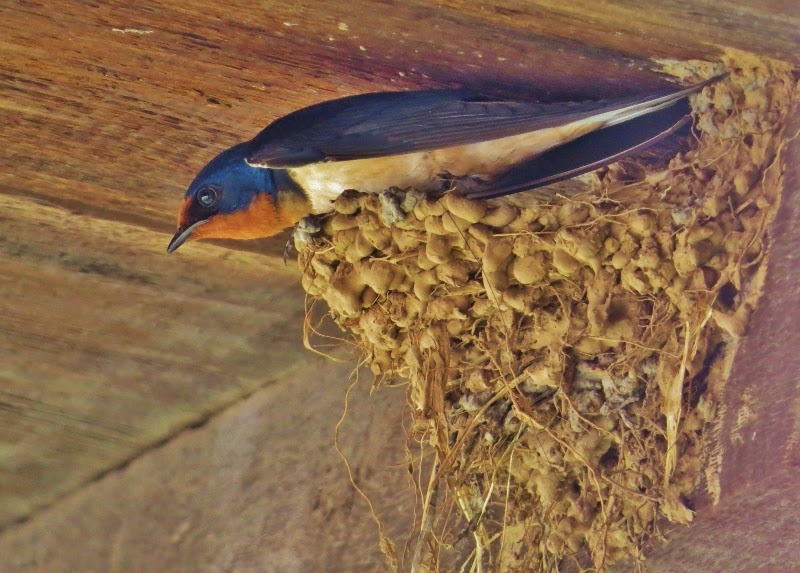 I took a left turn and headed down a dirt road past some farm fields. There were a few barns along the way so I took a peak inside and found some nesting Barn Swallows. 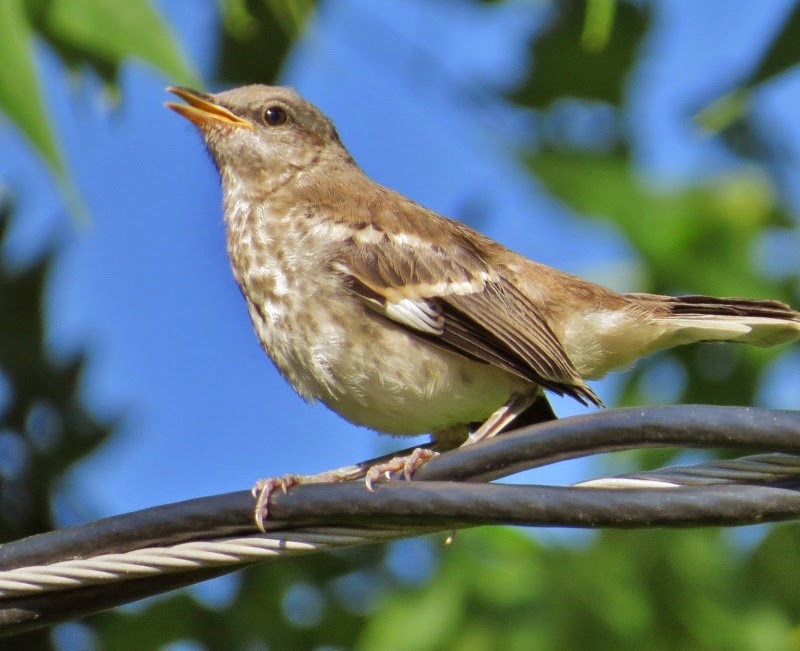 A juvenile Northern Mockingbird showed off its spots and sang an electric version of bird on the wire. 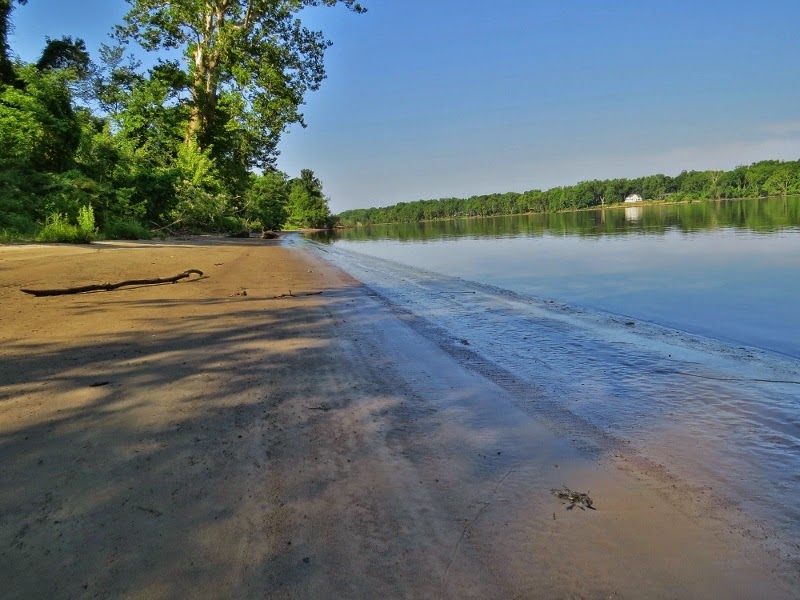 I found a peaceful stretch of Connecticut River shoreline at the end of my trail. There was a robin-sized bird perched on a dead branch at the top of a tree towards the end of the beach. 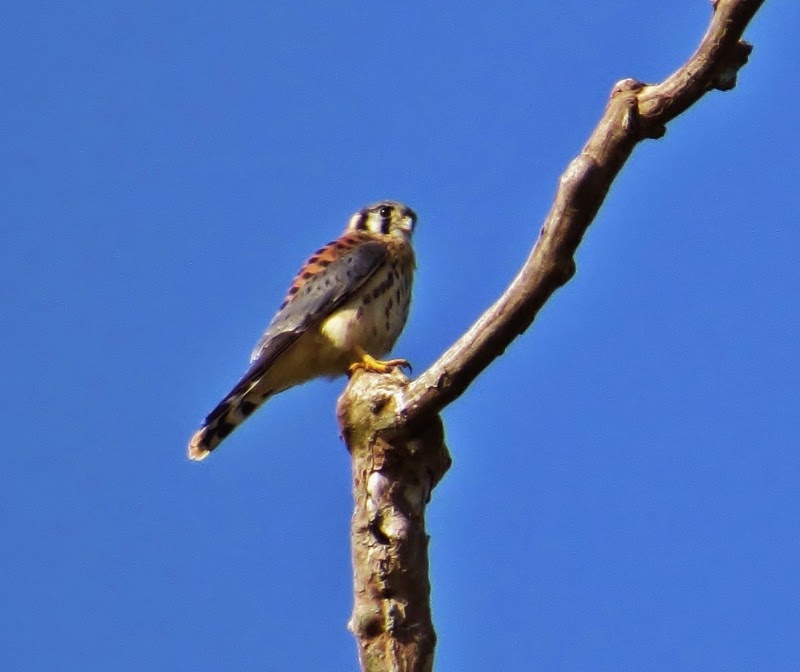 It turns out that it was not a robin but a beautiful male American kestrel. You don't see too many of them around in the summer and it is one of my favorite birds. It was the perfect way to finish my trip!
Posted by Larry at 7:47:00 PM 3 comments: 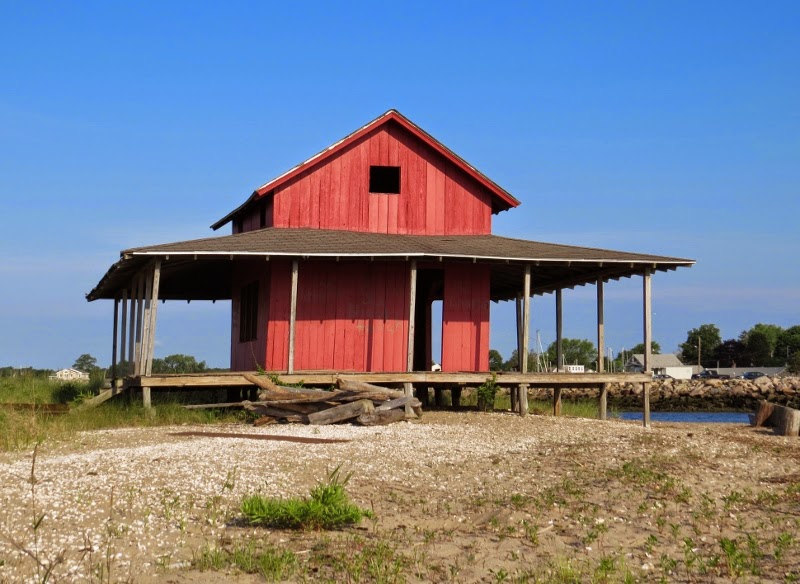 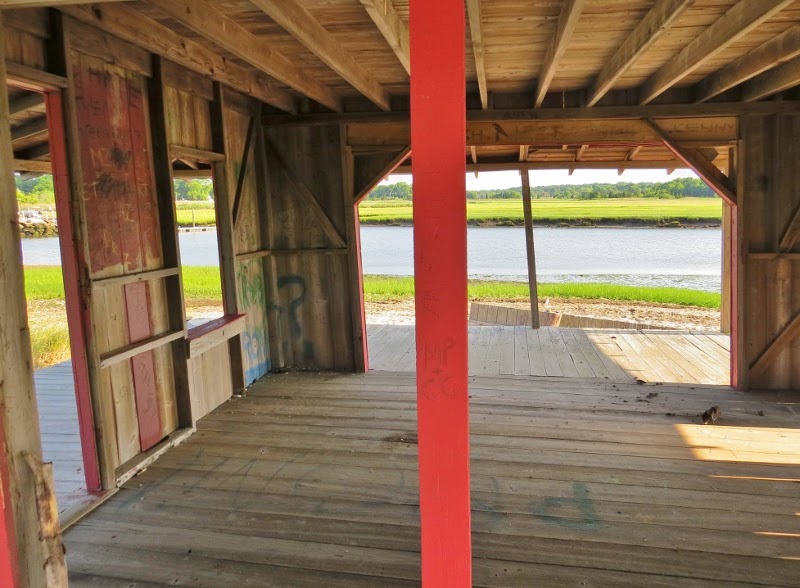 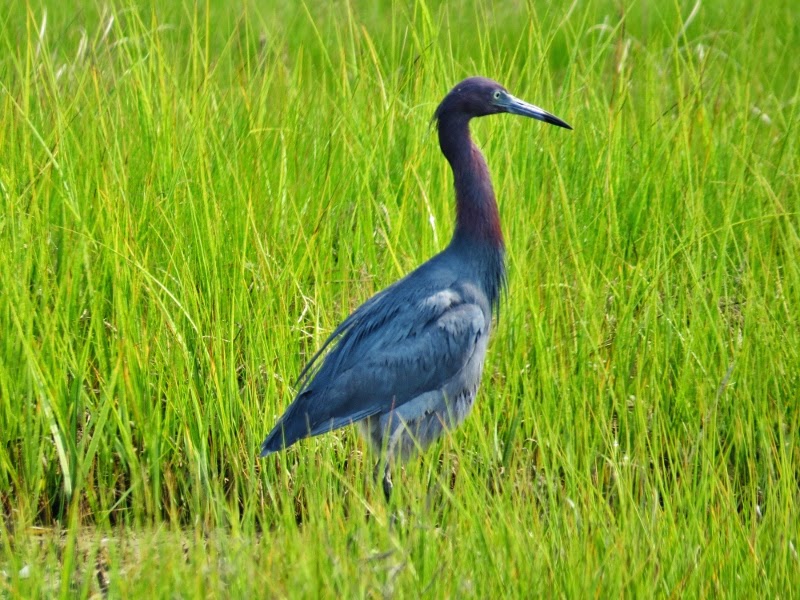 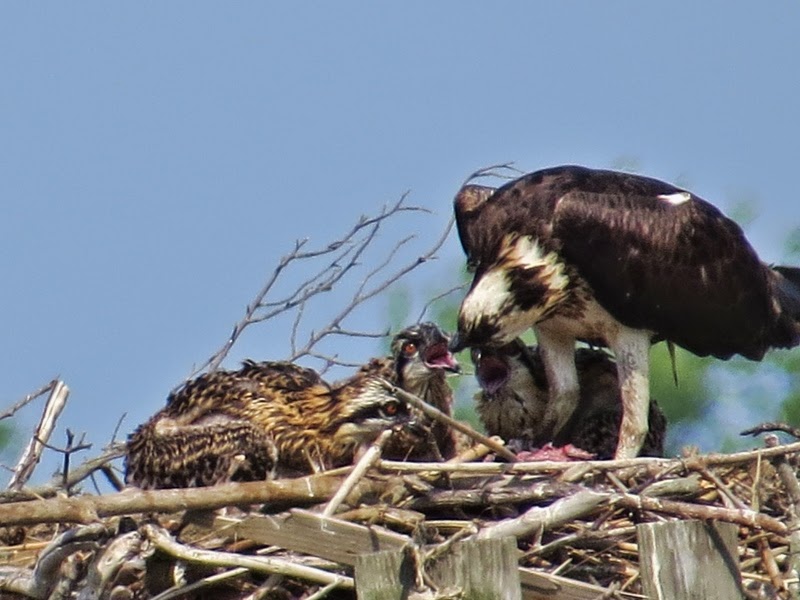 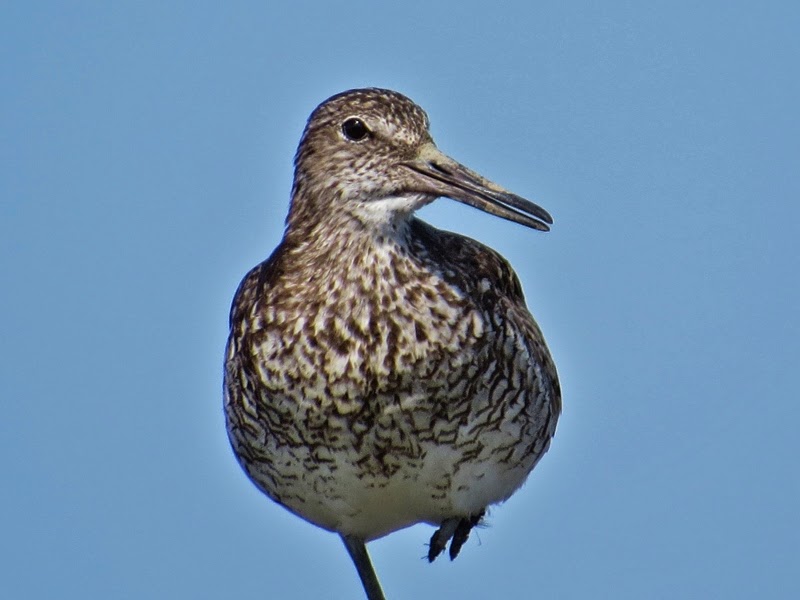 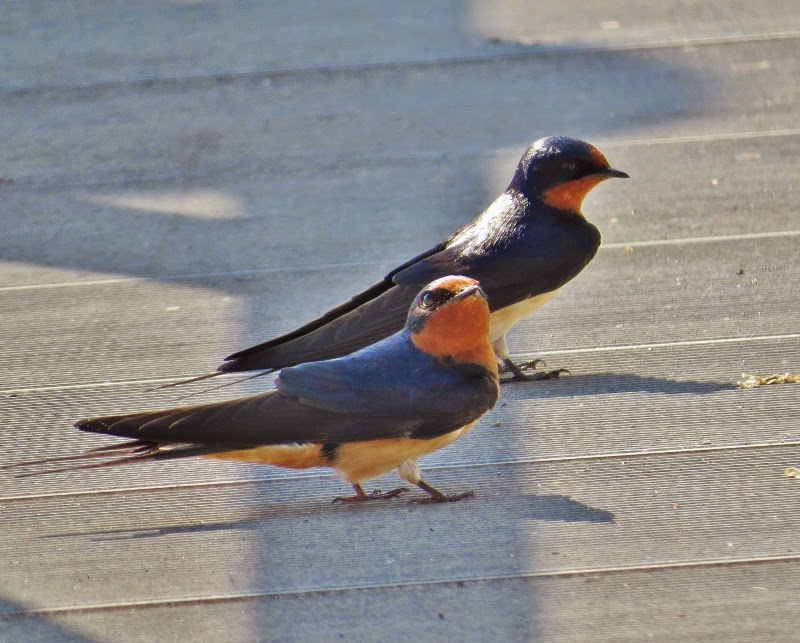 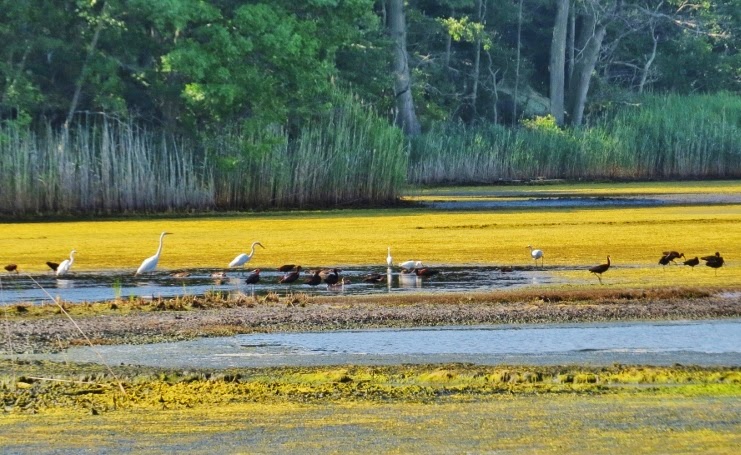 During the summer months I rely on inspiration to determine which path along the birding trail I will follow. This time it was the little red cottage that helped point me in the right direction.
Posted by Larry at 8:21:00 PM 5 comments: