I Hear The Train A Comin' 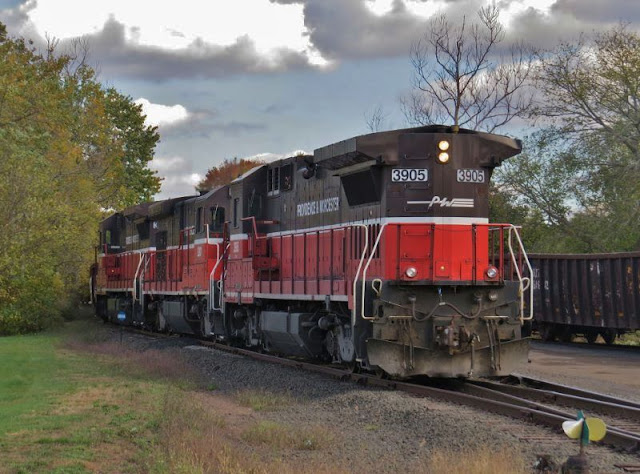 I still have grainy memories as a 4 year old running to the end of my yard trying to catch a glimpse of the freight trains passing through town. It's amazing to me that trains like are still running to this day. When I recently saw the Providence And Worcester Railroad  train crossing the river to enter Portland, a wave of nostalgia came over me. For just a moment, I felt like I was a young boy back in 1968 again. 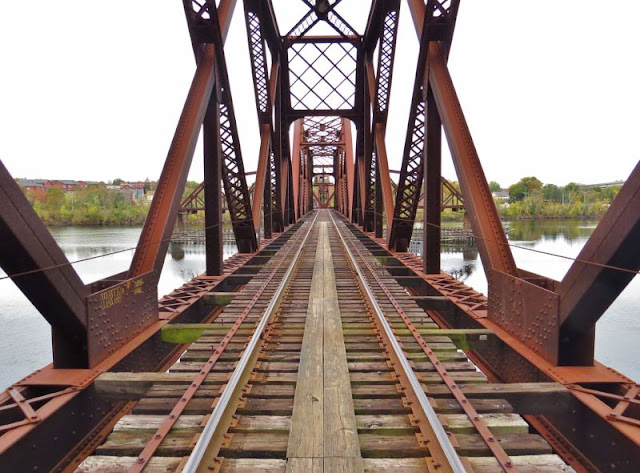 In a time when so many people are under the hypnotic control of their "smart phones" these old freight trains seem like mechanical dinosaurs but I find it comforting that pieces of our past still exist.

This swing truss railroad bridge has got to be pretty darned old. It stays open most of the time but when a train needs to cross it turns to make the connection just as it did decades ago. It was featured in the 1993 Billy Joel video "River Of Dreams". 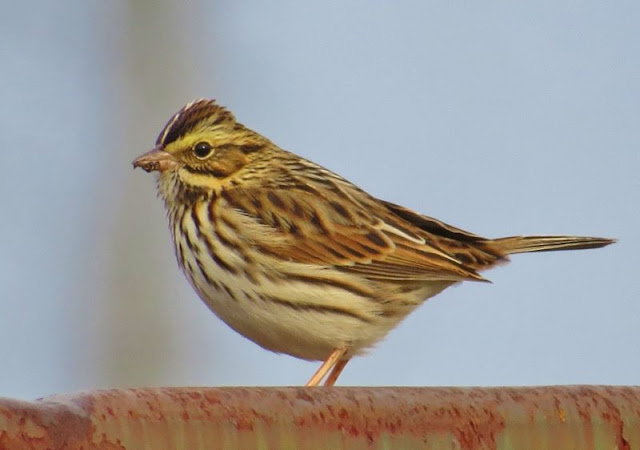 Even though the area near the bridge is an industrial area, there are still some nice birds in the area. During the year I find Peregrine Falcons, Common Ravens, and in this case, a Savannah Sparrow perched on the  top edge of a large dumpster. 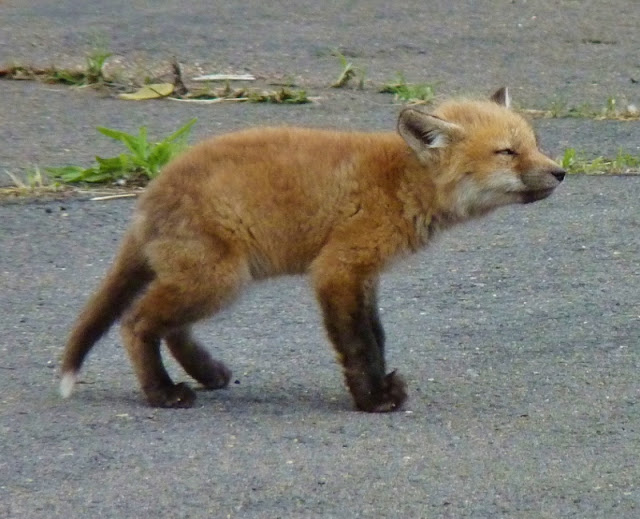 A couple of years ago I found some fox kits wandering near the train tracks as their parents were hidden in the grass watching over them.
Here's a short video clip of the train.
Posted by Larry at 5:36:00 PM 2 comments: 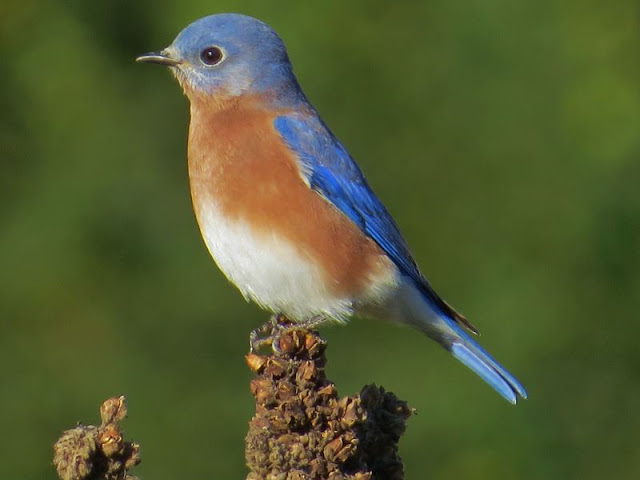 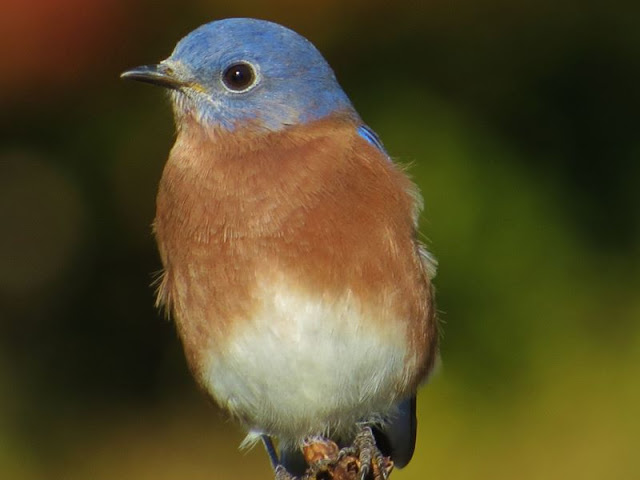 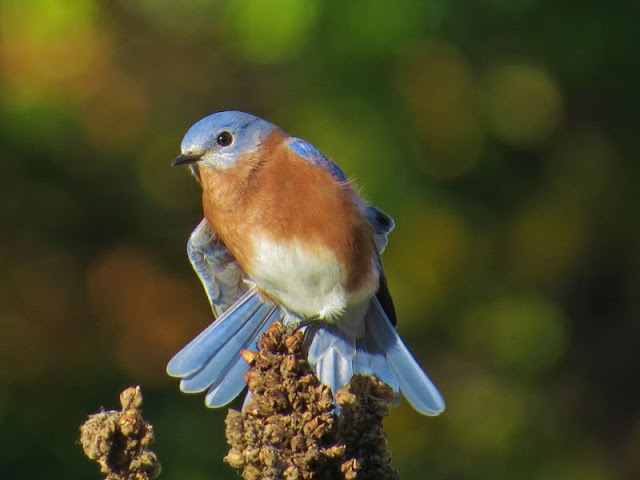 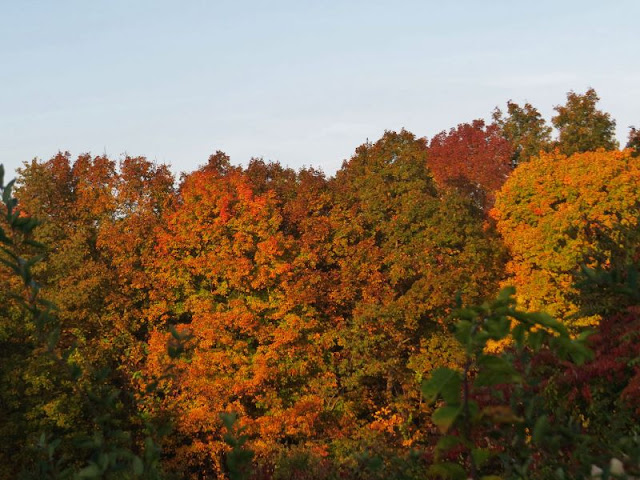 Fall might be my favorite season. It has a mysterious feel about it  that I can't quite put my finger on. I love the smell of burning firewood on a cool night, fresh-picked apples, seeing the decorative pumpkins, camping out in a tent and especially the colorful foliage.

I don't like the term leaf-peeping though. It sounds like a crime. I prefer saying that I'm going on a fall foliage ride. 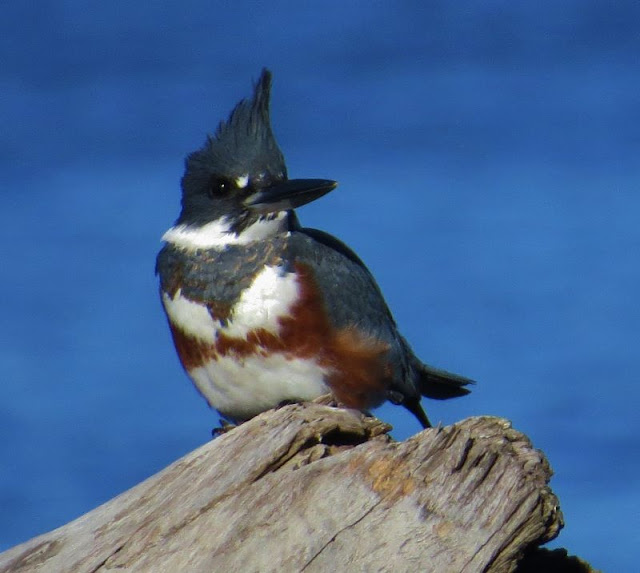 The Girl With Something Extra: I was a little surprised when I first found out that it was the females that have an orange breast band on Belted kingfishers (also juveniles to a lesser extent) and not the males. I made a connection with a title from a 1970's tv show "The girl With Something Extra" as a way of remembering that. 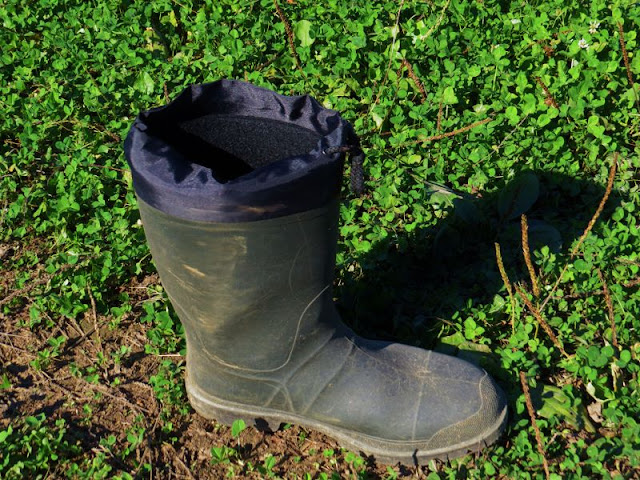 My most underrated piece of birding equipment: I don't know what took me so long to invest in these rubber boots. It allows me to comfortably cover areas that I would normally avoid because I'm not a big fan of wet socks. I've been able to find birds that would have eluded me otherwise.

I headed out to Wangunk Meadows hoping to add a couple of new species to my yearly county list which as 190. it is becoming increasingly difficult to find any new species as the end of the year approaches. I was walking around for a couple of hours without any luck. 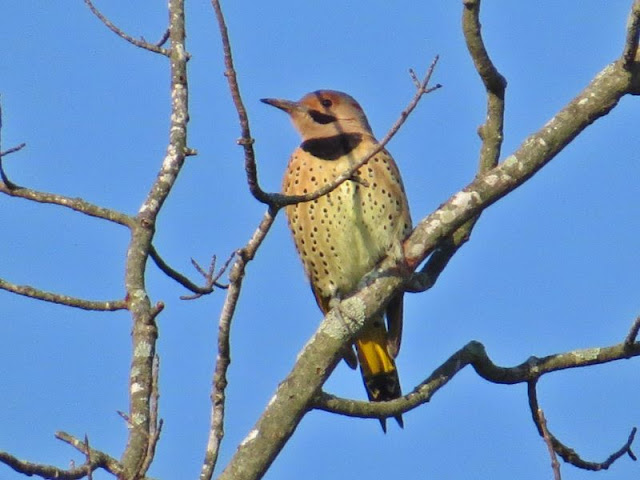 Then there was a "Flicker Of Hope". 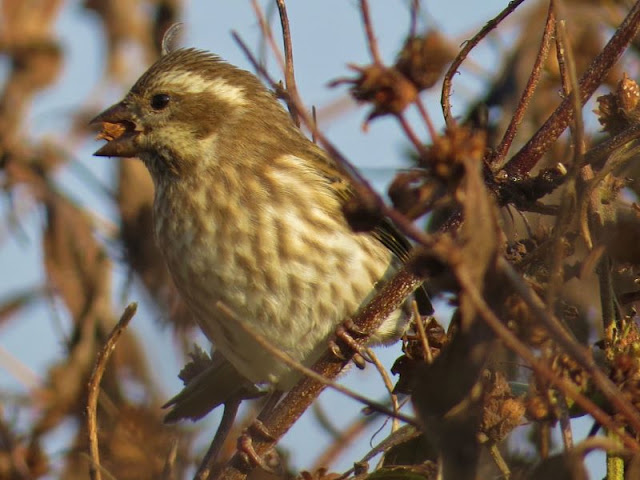 I was able to find my first purple Finches of the year. The female has that broad white mark across the head. 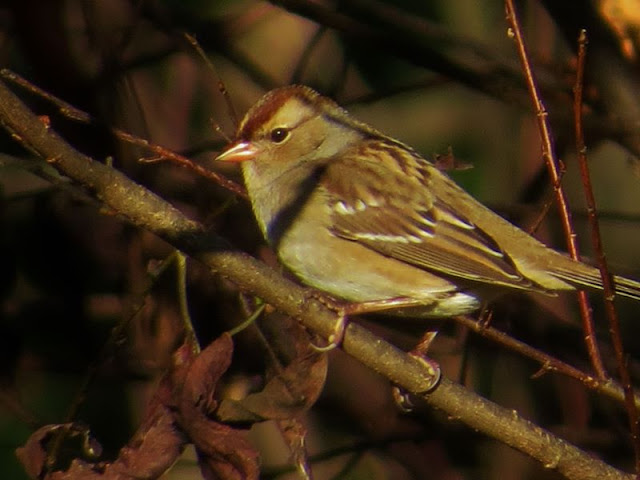 Then with the help of my trusty boots I was able to stomp through some heavy brush to find the secret hiding place of a 1st winter White-crowned Sparrow.

It would be nice if October could last twice as long. Now it's time to break out the heavier clothing and prepare for November.
Posted by Larry at 4:44:00 PM 2 comments:

Fall Comes And Goes In The Blink Of An Eye 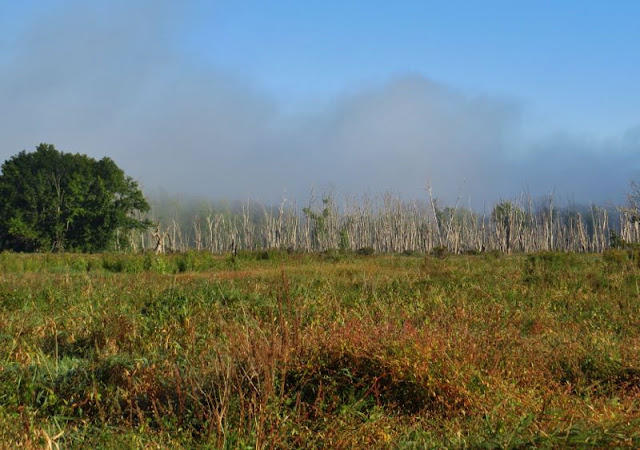 It was just a couple of weeks ago that summer was coming to an end. I was walking through the fields and you could feel the cooler air pushing in the morning fog. 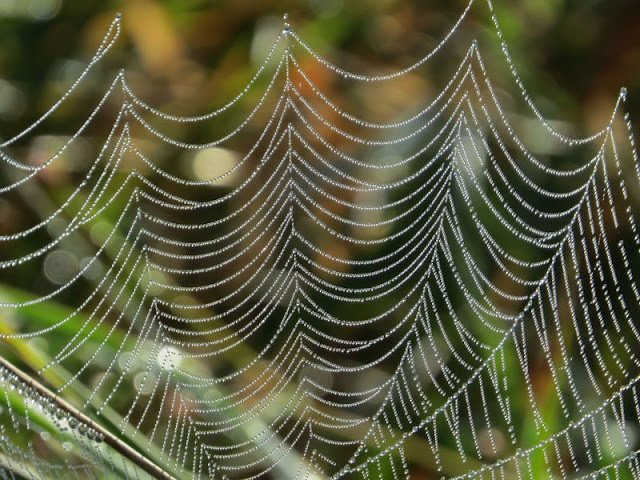 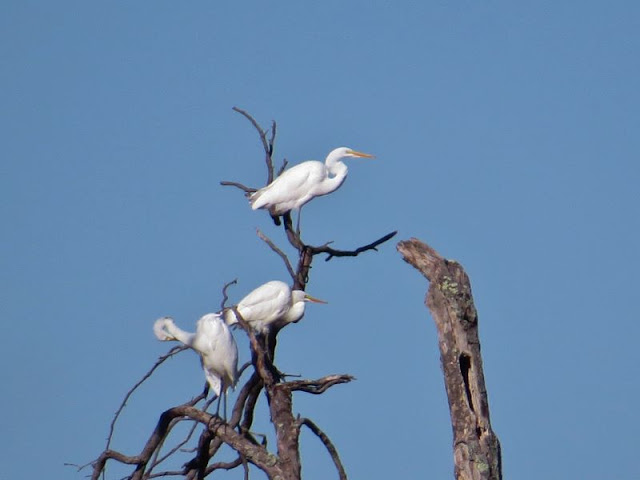 It's usually around the end of September that Great Egrets start showing up at the rookery where the Great Blue Herons left their nests in July. 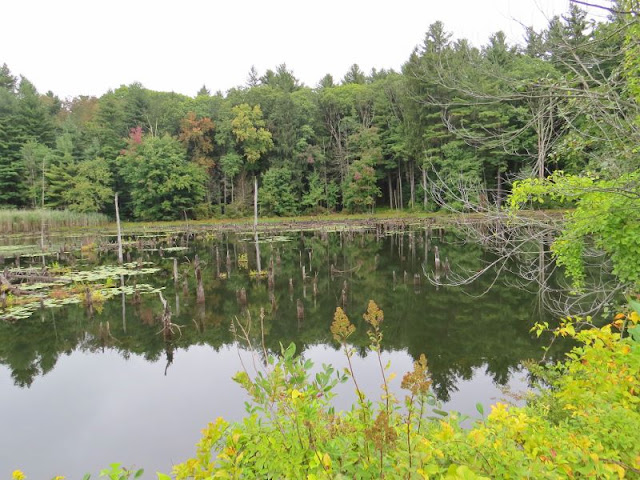 The first week of October is here now and the leaves are just starting to change color. 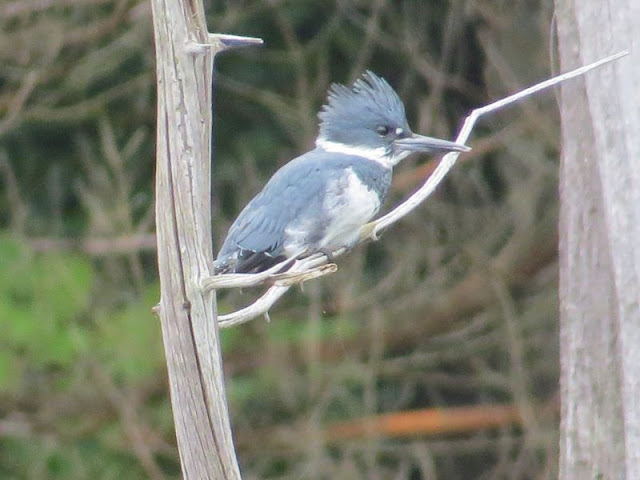 Belted kingfishers seem to fly off with a loud rattle the second I look in their direction.  Maybe the birds are slowing down now that Fall is her because this Kingfisher actually stayed still long enough to let me take his picture. Fall is probably my favorite season but it seems to come and go in the blink of an eye which is why I'm going to try to avoid blinking my eyes for the next few weeks.
Posted by Larry at 7:34:00 PM 4 comments: