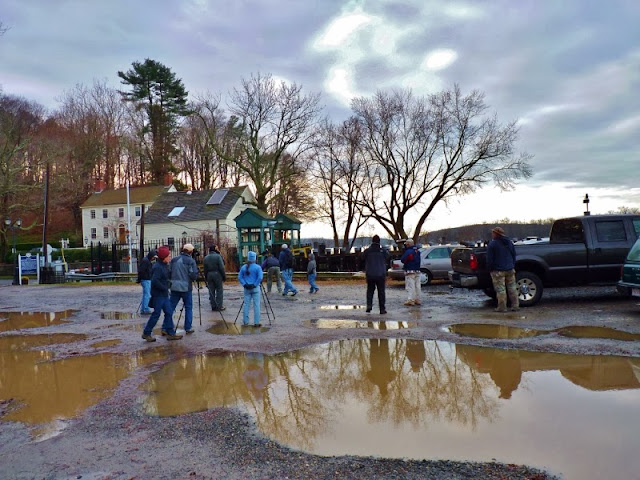 I took a ride over to the Hadlyme side of the Chester-Hadlyme Ferry landing early Saturday morning. The ferry has been in service in 1769 and was used during the American Revolution. Another bit of trivia is that this ferry was featured in the 1970's low budget cult classic: "Let's Scare Jessica To Death" (imdb).

The people in the photo gathered in the parking lot with spotting scopes and binoculars are not there for  history appreciation or  trivia. They came here to see a Fork-tailed Flycatcher (whatbird) which should be in South America, not in Connecticut. 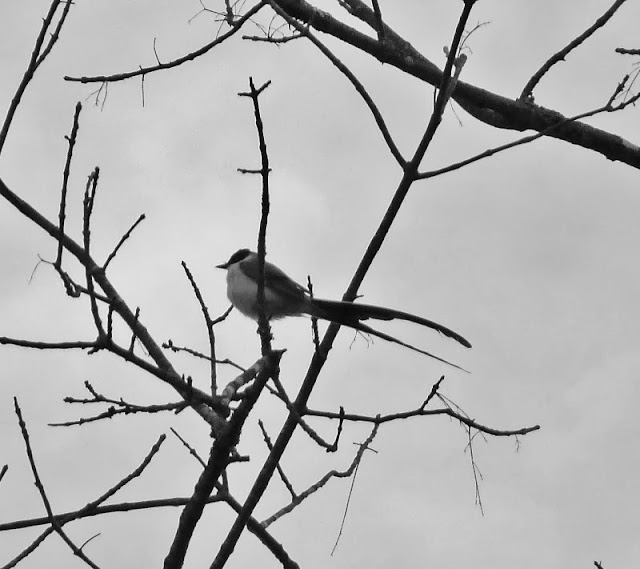 The conditions were overcast at the start of the morning but it didn't take long before we had a glimpse at the target bird. The lighting conditions didn't allow for much of a photo but you can probably tell why it's called a Fork-tailed Flycatcher. 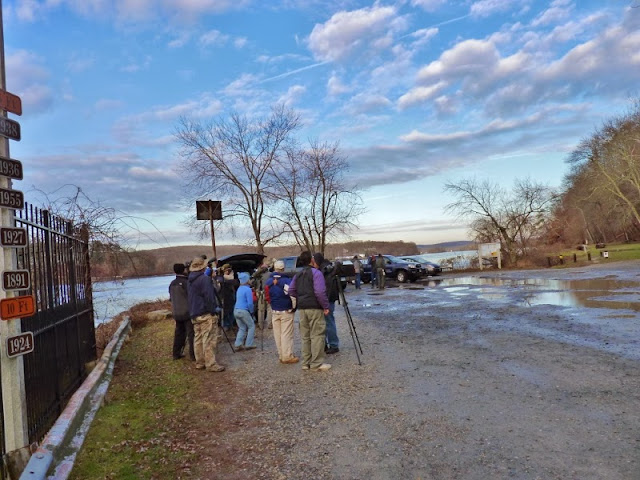 Later that morning the skies began to clear a little. One of the fun parts of going to see a rare bird is that you get to meet and chat with other birders. I knew a few but there were also several that came from out of state to see this bird.

Birders have different reasons for wanting to see a rare sighting of a bird such as this one. Some want to add to a particular list they are keeping. Others want to get a good photograph of one. I just wanted to see it because of the rarity of seeing one in Connecticut (only 3 previous records of sightings in CT.). I also think it's an interesting looking bird with that long forked tail. It's been on my short list of birds I'd like to see since I started birding several years ago. 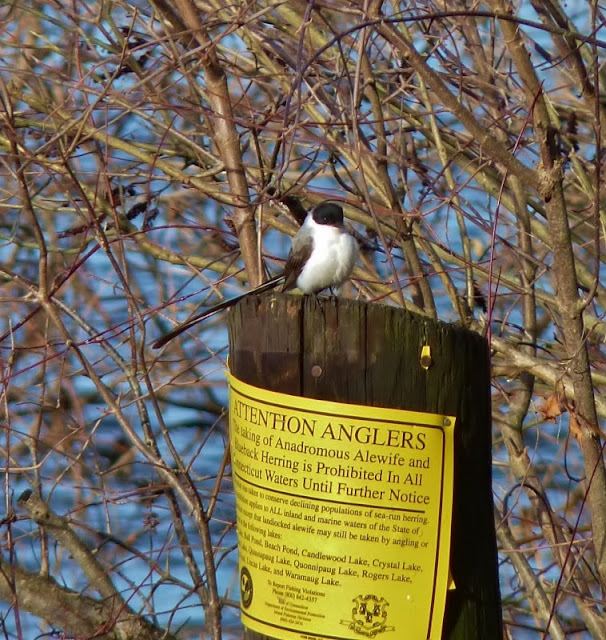 Many of us waited around for a couple of hours hoping to get a better look at this bird and our patience finally paid off. It landed on a short post above an "Attention Anglers" sign. 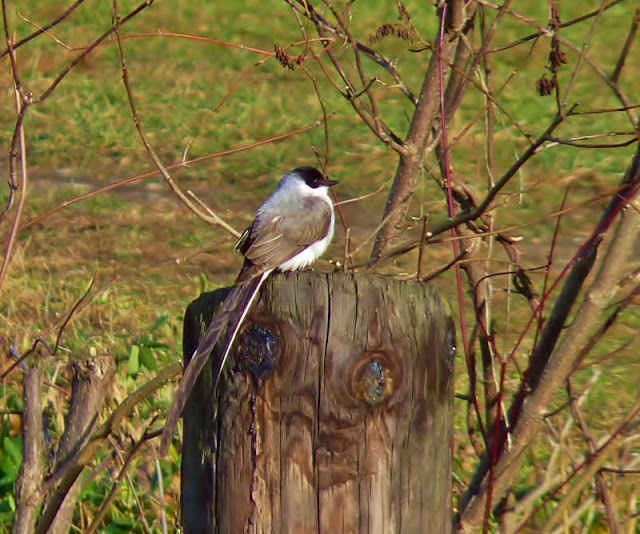 It was exciting to get a chance to see such a unique species in Connecticut. I don't know why he ended up here. Maybe his internal GPS is out of whack. I just hope he finds his way back home. It has been surviving on what insects and berries it can find but Connecticut in the winter is no place for a flycatcher.
click to play
Here's a short video that shows the forked tail but don't blink because the video is only 4 seconds long.

(Congratulations to Jeff Feldman for such a great find!)

I didn't blink so I saw the great video! What a wonderful thing.
Do you suppose someone might start putting food out for it so it can live through the winter?

Nan-From recent reports it seems the flycatcher has moved on.I hope it will find its way back home.

Wow, what an awesome winter sighting! Nice photos too, congrats!