It's Dinner Time For The Merlin 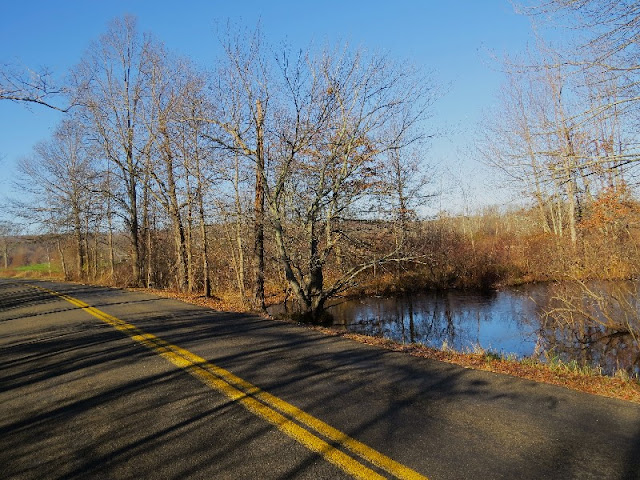 I went for a walk down a country road over the weekend without much expectation of what birds I might see. I figured that I would see mostly sparrows this time of the year. 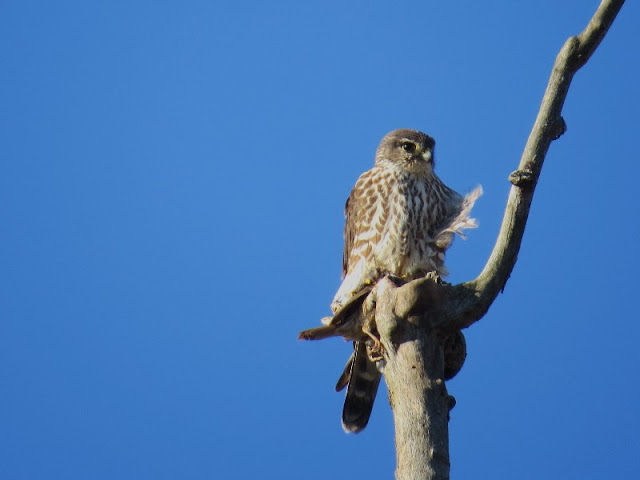 What I did not expect to see was a falcon standing on top of what looks like the remains of a sparrow! I believe there are 40 species of falcons in the world. Here in Connecticut we are fortunate to have 3: The peregrine Falcon which is the biggest one, the American Kestrel which is the smallest, and the Merlin which is similar in size to a kestrel but a little chunkier.

The Merlin is a swift hunter that swoops down from their perch and grabs smaller birds in a hurry. They are probably the least colorful and have a weaker malar mark than a kestrel and smaller than the crow-sized Peregrine. 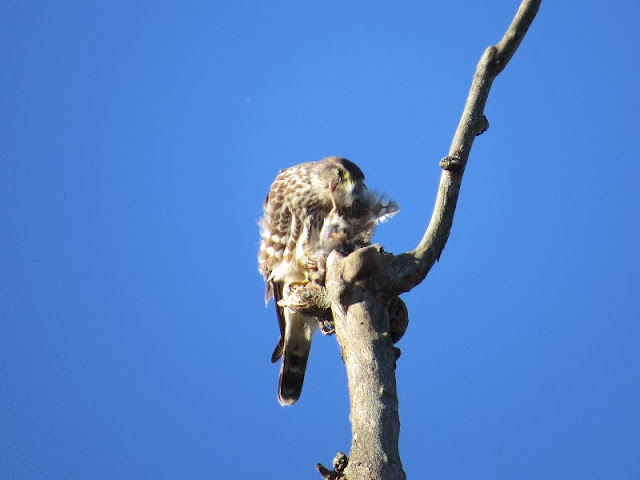 I feel sorry for the sparrow but it's a bird eat bird world we live in and if the Merlin had no food then it wouldn't survive!
Posted by Larry at 11:23:00 AM

Mother Nature is brutal and wonderful at the same time. What a great catch!